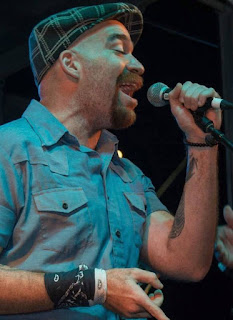 We're saddened to report on the death of blues singer Michael Ledbetter, an incredible talent who was only 33 years old at the time of his passing.

Ledbetter came to prominence singing with Chicago blues veteran Nick Moss's band, first appearing on record the Nick Moss Band's critically-acclaimed 2014 album Time Ain't Free. Ledbetter toured with the NMB through the band's 2016 album From the Root to the Fruit, spending seven years with Moss before striking out on his own. Ledbetter would leter form the Welch Ledbetter Connection with guitarist 'Monster' Mike Welch, releasing the Right Place, Right Time album in 2017.

On his Facebook page, Moss wrote "my little brother shone brighter than the flames he left behind when he walked off the stage." The best way to remember Ledbetter's enormous talent is hear him sing. These videos provide a taste of what the blues world has lost. R.I.P.

For more on Michael Ledbetter, check out Marty Gunther's interview with the artist from the October 2018 issue of Blues Blast magazine...