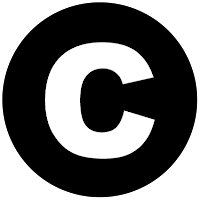 In April 2019, the Rochester NY based independent record label Carbon Records will celebrate its 25th anniversary. That’s no mean feat considering the alarming pace that indie imprints have popped up and disappeared over the past quarter-century. Yet Carbon Records founder Joe Tunis has thus far dodged the industry obstacles of shrinking music sales, digital streaming, and the uncertain finances of the indie label world. Carbon has consistently released interesting, intriguing, and often-times challenging music.

I got hipped to the label through a great article in Rochester’s City Newspaper alternative newsweekly that was written by Daniel J. Kushner. If you’ve gotten this far, you may want to read the full story on their site; I’m just going to paint a broad picture of the label with info glommed from Kushner’s article. An alumnus of the Rochester Institute of Technology (RIT), Tunis is a software developer by trade that has smartly kept his day gig while running the label and playing with his band Pengo. The only guiding principle behind the label, Tunis told the City Newspaper, was that “I didn't want to put out something that I didn't like but I knew would make money, so I've never done that.”

The result is a label that has concentrated on what Kushner calls “left-of-center unpredictability.” Tunis’s musical tastes run towards noise-rock and the avant-garde, artist like New Zealand’s The Dead C and American underground icons like the Swans and Sonic Youth. Through the years, however, Carbon Records has offered more than experimental music, releasing albums by local garage-rock bands like Hinkley or the dark-hued, mesmerizing drone of Ian Downey Is Famous. For a quarter-century, Carbon Records has provided a home to musicians who otherwise may never have been heard. “The noise scene, including Carbon Records, is a place where people can come if they feel like they're not cool enough for the punk and other scenes,” Downey told the City Newspaper. 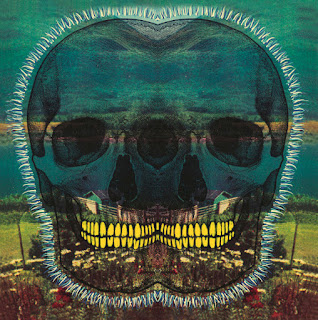 Whereas in the early 2000s, Carbon released music on homebrew CD-Rs, often with imaginative packaging, over the last few years the label has been releasing much of its new music on vinyl albums and 7” singles (tho’ I see they also offer a few titles on cassette tape). After reading the City Newspaper profile, I decided to surf over to the Carbon Records’ website and pick up a couple of albums to get a taste of what Tunis is doing with the label. I bought a couple of late 2018 releases by the bands Crush the Junta, of which Tunis is a member, and Nod; Tunis was kind enough to also send me a recent album by local rockers Hinkley.

Crush the Junta’s Hermanos de la Muerte offers up five tracks of noisy, droning, mostly-instrumental music, but there’s not an overwhelming “wall of sound” dominating your senses. “Walk In Time (14 Minute),” for instance, embroiders swirling guitars and subdued vocals atop a driving rhythm while “The Ascent” is a breathless instrumental with relentless syncopated percussion and chaotic guitars that buzz and spark like an electrical fire. The songs here are finely-crafted compositions, often featuring muted instrumentation, with plenty of texture provided by the guitars and percussion; brilliant light and dark musical passages; and the spare use of buried vocals (devastatingly effective on the album-opening “The Hamlet”), all of which provides an interesting and exciting listening experience. Hermanos de la Muerte is highly recommended for anybody looking for a sound that’s delightfully different.

By contrast, Rochester’s Nod’s sound, as offered on their Carbon Records release So Much Tonight, is more melodic, with just a bit of rattle and hum in the grooves. With off-kilter vocals and fractured guitar riffs, Nod’s “X-Mas Song” reminds a lot of Brian Eno’s early, rock-oriented solo albums like Here Come the Warm Jets. The album’s next two songs, “Go For A Ride” and “Time For Tea,” were seemingly inspired by David Byrne and the Talking Heads, but with some important added creative flourishes. The vibrato-laden guitar licks of the former simply jump out of your speakers and hit your ears like a cross between 1960s-era surf music and early swamp-blues while the latter song features a similar Byrnesian vocal style but fretwork straight out of the Robert Fripp songbook. 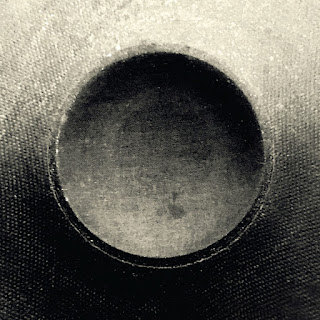 Nod’s “Rollin Around” is probably the most conventionally rocking number on the biscuit, with a heady underlying rhythm and jade-like shards of electric guitar but the title track paints a discordant, dystopian sonic landscape with cacophonic rhythms, crashing percussion, and jagged, nightmarish fretwork. Even if it evinces a begrudging recognition to the classic rock form, Nod’s So Much Tonight is still noisy and full of unexpected thrills, firmly fitting within the Carbon Records footprint and is another great choice for the adventuresome listener. The third LP on my Carbon playlist is from another Rochester band, Hinkley, who is probably the anomaly on the label’s roster.

Hinkley’s Peak of Light is an excellent album with material that, while sitting outside of the contemporary pop zeitgeist, remains firmly-footed in the realm of experimental rock ‘n’ roll. The album-opening “Above Us” opens with a folkish intro before wandering off the path and over a gorgeous musical horizon of tortured guitar, electronic noise, rhythmic crescendos, and oddball sounds. “Bible Has No Soul” opens gently with pastoral keyboard work before launching into a sort of shoegazing sonic squall that belies the song’s soft-peddled vocals, but “Living In the Shadow of the Universe” displays the full range of the band’s talents. Opening with a subdued vocal passage accompanied by chiming guitar, the song gradually builds into a full-blown assault of bludgeoning instrumentation and hints of feedback.

Hinkley’s “Untitled” is a masterful (if somewhat disturbing) story-song that places the emphasis on lyrical delivery, its brilliant wordplay accompanied by a minor-key tsunami of instrumentation which, in turn, creates an ethereal, otherworldly vibe that is positively enchanting. The instrumental “Porn’s Revenge” is similarly structured, the song’s deceptively elegant fretwork concealing a malevolent underbelly. If Hinkley had been releasing albums on Sub Pop or Matador Records back in the 1990s, they could have been world-beaters. Instead, they have to settle for entertaining an aging rock critic with music as creative and challenging as that found on Peak of Light. All three of these bands are inventive and not afraid to take musical risks, and I look forward to hearing what they all do in the future. 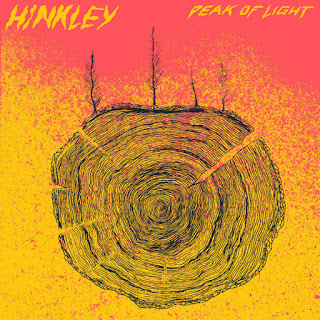 By email, I asked Tunis a few questions about Carbon Records and the label’s 25th anniversary. Did he have anything special planned for 2019 for Carbon? He tells me “Carbon25YR releases basically started back in the fall of 2018 with the release of the Crush the Junta and Nod LPs. At the end of 2018 and very beginning of 2019, I also released the Pengo and Ian Downey Is Famous LPs, as well as one of the larger projects I've worked on, the WOUND 2-LP guitar-centric compilation. For the remainder of 2019, I have at least 3 cassette releases planned, as well as another LP or two in the works.”

It’s no secret that the music business is a difficult industry to find success in. With 25 years under his belt running the label, what has been the biggest obstacle to keeping Carbon Records alive and thriving? “The label has never been a source of income for me,” says Tunis, “more like a drain. It’s definitely a passion project, so when it comes to ‘thriving’ I look at that more from a sense of activity and exposure rather than sales. So time and money are usually the obstacles for me. Having transitioned in my day-job from a full-time corporate job to a full-time freelancer, I found label-time taking the biggest hit, having to concentrate on billable hours, etc. Distribution has also been a life-long obstacle with the label.”

With its eclectic line-up of artists, how does Tunis pick the bands whose records Carbon releases? “I get some solicitations from bands I’m not familiar with,” he says, “but those are nearly always way off mark with regards to musical styles (not fitting with the label’s aesthetics). So it’s usually a matter of me reaching out to artists I really dig and seeing if they’re interested in releasing something on the label. Those are sometimes local artists I know, or come to know, or touring groups I see in-person, or people I just contact online and form a relationship.” 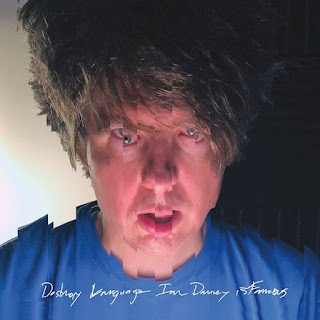 Is there any artist whose work he’d like to release on Carbon that he hasn’t been able to get? “When I was brainstorming the list of artists I wanted on the WOUND guitar-centric compilation, there were a few people I reached out to whom I didn’t hear back from, or not in time, or they couldn’t do it for one reason for another. There were also some folks I totally forgot about when coming up with the list, and I felt like an idiot for doing so. Some of these folks include Ben Chasney (Six Organs of Admittance), Richard Bishop, Bill Orcutt, Jim O’Rourke, Oren Ambarchi, etc. The list goes on...”

In his role as musician (Tunis plays in several bands), what keeps him interested in making music? “I love creating new things. Most of the groups I play in are improvisational, or allow for a lot of flexibility, and I love the challenge of coming up with something that fits with the other players, and adds to what they're doing. I really enjoy taking situations, or mistakes, and adapting to get something that ‘works’.”

Check out the label’s releases on the Carbon Records website

Check out the City Paper’s article on Carbon Records
Posted by Rev. Keith A. Gordon at Monday, March 11, 2019