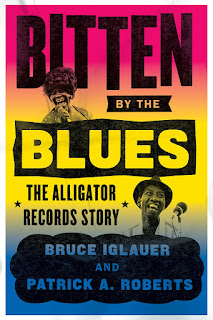 Whether label founder Bruce Iglauer would admit it or not, Alligator Records is an American treasure. From the label’s initial 1971 release – the white-hot self-titled album by Chicago blues trio Hound Dog Taylor and the HouseRockers – and throughout the ensuing decades, Alligator would become the foremost champion of that most American of music genres, the blues.

With a deep catalog of over 350 albums released over the span of almost 50 years, Iglauer and Alligator Records has documented and preserved music by both blues legends and lesser-knowns alike, sometimes dabbling in Americana, R&B, blues-rock, and even reggae music (!) without moving far from the label’s core mission.

Alligator’s legacy is built on the blues, however, with albums from the aforementioned Hound Dog Taylor – whose raucous sound would become the template for the label’s future releases (the label’s slogan is “Genuine HouseRockin’ Music”) – and bona fide greats like Koko Taylor, Buddy Guy, James Cotton, and Charlie Musselwhite building a foundation for the business. There are also artists like Son Seals, Lonnie Brooks, Albert Collins, Lil’ Ed & the Blues Imperials, and Saffire – The Uppity Blues Women, among several others, whose careers were nurtured by the label and with whom the artists’ fortunes have long been tied.

Bruce Iglauer’s Bitten By The Blues 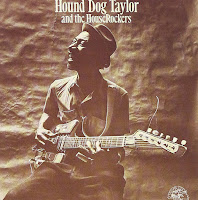 I first met Alligator’s Bruce Iglauer at a NAIRD music trade group convention in Nashville back in the 1990s and would get to know him a little better during my tenure as the About.com “Blues Expert” circa 2008-2014. I’ve found him to be a smart, generous, supportive individual who you’d never guess ran a successful record label, a dolphin swimming among sharks as it were. As a couple of interviews we’ve done over the years has shown, Bruce is also a great storyteller, so it’s only natural that nearly a half-century after launching the label that would become his life’s work that Iglauer would get around to putting some of those stories down in print. Working with noted writer and Northern Illinois University associate professor Patrick A. Roberts, Iglauer has produced Bitten By The Blues: The Alligator Records Story, a book that is part autobiography and part label history, the man and his work forever joined at the hip.

Bitten By The Blues tells the tale of blues music in the latter part of the 20th century and the early 2000s, with art and commerce intersecting in often interesting ways. Iglauer has been intimately involved in the blues music scene since his late 1960s college days, and has been deeply immersed in the business of music nearly as long. Bitten By The Blues digs deep into the hidden mechanisms of the music biz, offering up a fascinating portrait of the ups and downs of running what, at this point, is one of American’s longest-running independent record labels. Unlike men in similar positions in the industry, Iglauer isn’t afraid to tell the whole story, warts and all, and the book offers reminders of bad business decisions, or situations where the blues-lovin’ Bruce went into a bad deal following his heart rather than his head. 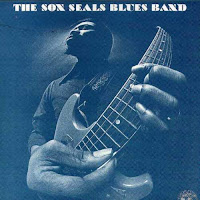 Iglauer’s triumphs far outweigh his failures, however, and his successes have led to some mighty fine music. Bitten By The Blues is chockful of inside stories about working with Alligator artists like Koko Taylor, Lil’ Ed & the Blues Imperials, Johnny Winter, Roy Buchanan, and Albert Collins as well as Bruce’s friendships with legends like Junior Wells and Luther Allison. Sometimes Alligator’s triumphs aren’t readily apparent, or they’re the result of a stroke of luck, like the recording of New Orleans music legend Professor Longhair’s final album, Crawfish Fiesta. Iglauer writes of loss – the impact of the death of Alligator’s raison d'être, Hound Dog Taylor is notably significant, as was the loss of Michael “Iron Man” Burke – as well as the challenges and obstacles of running an old-school record label in the era of streaming and diminishing sales of physical media like vinyl and CDs. 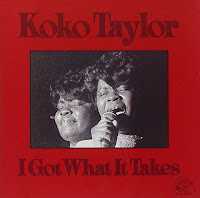 Iglauer imbues Bitten By The Blues with the same wit, humor, and charm that he evinces in person, and his larger-than-life personality shines through every page. Iglauer admits that while he’s always envisioned Alligator Records as a big family, not every artist or employee has always been happy. Although he’s known as a straight-shooter who does right by his artists, a few have complained of royalties they thought they deserved or of slights by the label and, to his credit, Bruce addresses these controversies in the book. It’s telling, though, that not only has Alligator had several artists who enjoyed lengthy careers with the label, they’ve also had more than a handful of talents who have left the Chicago institution’s ranks only to return and record some of the best music of their lives.

Most importantly, perhaps, Bitten By The Blues reveals some of Bruce’s vision for the future of the label, a future that’s not carved in stone by any means, but is strengthened by the label’s discovery and development of young talents like Shemekia Copeland and Selwyn Birchwood as well as the addition of road-tested blues veterans like Tommy Castro, Nick Moss, and Tinsley Ellis to the label’s ever-evolving roster. Bitten By The Blues is an insightful and entertaining read for any blues music fanatic or anybody interested in the business of music. The only (admittedly minor) quibble I have with the book is that I’d loved to have seen more photos, but extra credit to Bruce for including a complete Alligator Records discography that we rabid collectors can use as a convenient shopping list. Grade: A+ (University of Chicago Press, published October 19, 2018)

Buy the book from Amazon.com: Brucer Iglauer & Patrick A. Roberts’ Bitten By The Blues