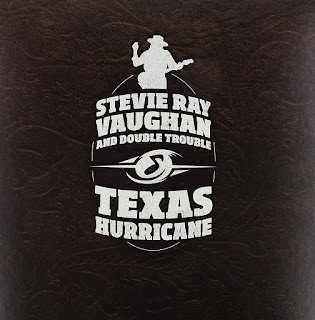 Many think that the growing fascination with vinyl records by music lovers is nothing more than the hipster trend du jour. But as sales of vinyl LPs continues to grow from year to year and the major vinyl pressing plants expand their operations, it’s clear that the old fashioned record album isn’t going anywhere anytime soon. Besides, if the so-called industry pundits and prophets took the time to talk to a few fans in the 15-25 year old demographic, they’d realize that there’s a growing dissatisfaction with modern music formats like crappy mp3 files. Young listeners just discovering their fave new bands are addressing this dissatisfaction by (re)turning to vinyl.

The major labels have begun to wise up somewhat, releasing a few classic titles on vinyl, trying to catch up with those forward-thinking indie labels that have been releasing new music in multiple formats for several years now. Jack White’s Third Man Records label has become a trend-setter in this regard with its dazzling array (and constant stream) of 45rpm records, live LPs, and vinyl blues reissues (Charley Patton, Blind Willie McTell, and the Mississippi Sheiks’ Paramount Records catalogs). The mainstream blues world has been underserved so far, an oversight that is somewhat redeemed by the release of Stevie Ray Vaughan and Double Trouble’s Texas Hurricane on vinyl by Chad Kassem’s Analogue Productions.

Vaughan’s Texas Hurricane is a six-album box set that revisits the beloved guitarist’s studio recordings, beginning with 1983’s Texas Flood and including the following year’s sophomore effort, Couldn’t Stand the Weather; 1985’s Soul To Soul; 1989’s In Step; 1990’s Family Style, a collaboration with brother Jimmie Vaughan; and The Sky Is Crying, an odds ‘n’ sods collection of unreleased studio tracks released in 1991, shortly after Vaughan’s death. Each album has been carefully re-mastered from the original half-inch analog master tapes and masterfully etched into thick, high-quality 200 gram vinyl.

To say that Texas Flood was a revelation upon its release would be an understatement. Blues music had all but assumed room temperature by ’83, and although bands like the Nighthawks, George Thorogood and the Destroyers, and Roomful of Blues cracked the door open a bit, it was SRV and his Double Trouble gang – veteran bassist Tommy Shannon and drummer Chris Layton – that would kick it in, smash all the windows, and paint the walls blue. While original songs like “Love Struck Baby” and “Pride and Joy” struck a chord with blues-starved fans, covers of Howlin’ Wolf’s “Tell Me” and Buddy Guy’s “Mary Had A Little Lamb” cemented Vaughan’s blues bona fides. Texas Hurricane recaptures the magic of that debut album’s original ten songs with vibrant sound and remarkable clarity. 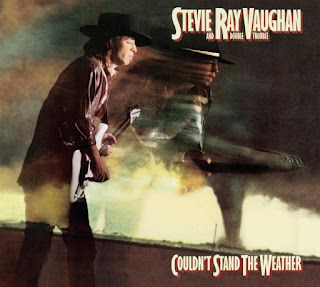 Texas Flood inched into the Top 40 on its way to double Platinum™ sales status, opening up the blues world to mainstream audiences and setting the stage for subsequent successes by talents like Robert Cray and the Fabulous Thunderbirds. Many questioned what Stevie Ray would do for an encore, and he answered with 1984’s Couldn’t Stand the Weather. Although the album is, perhaps, a notch less revolutionary than its predecessor, it further showcased the guitarist’s immense skills. With only eight songs, Vaughan had to make a case for his stardom, something he achieved with the blues monster “Cold Shot,” recorded as a favor to his mentor, songwriter and bluesman W.C. Clark. Dynamic instrumentals like “Scuttle Buttin’” and “Stang’s Swang” highlight Vaughan’s jazzy, B.B. King/Lonnie Johnson influences while a cover of Jimi Hendrix’s “Voodoo Child (Slight Return)” pushes the song into the stratosphere.

Life was moving pretty fast for Vaughan in the mid-1980s: Couldn’t Stand the Weather improved slightly but markedly upon the debut’s chart position, hitting #31 on the Billboard Top 200 albums chart. Videos from both albums were in heavy rotation on MTV and the band touring constantly. With the 1985 release of Soul To Soul, Vaughan expanded his band, adding keyboardist Reese Wynans, and his sound, by incorporating greater soul and R&B influences into his gutbucket blues sound. Vaughan still struggled to come up with original material, although the Southern funk of “Say What” has since taken on classic status, and by enlisting Texas music icon Doyle Bramhall to pen a couple of raucous numbers, Vaughan cleverly sidestepped the songwriting question. Covers of the Hank Ballard gem “Little Sister” and Willie Dixon’s “You’ll Be Mine” round out a solid album that nonetheless felt like a step backwards.

Part of the problem with Soul To Soul’s backsliding can be attributed to developing chemistry with Wynans, but the lion’s share of the blame can be laid directly at Vaughan’s feet. His growing drug and alcohol abuse threatened to derail his career, and after a minor accident in 1986, Vaughan entered rehab and took a couple years away from the fray. By the time he returned, with 1989’s classic In Step, Vaughan had found both sobriety and his songwriting voice, co-writing four tunes for the album with Bramhall while applying his newfound vision to covers like Buddy Guy’s “Leave My Girl Alone” and Willie Dixon’s “Let Me Love You Baby.” Originals like “Tightrope” and “Wall of Denial” highlight the artist’s freedom from addiction, while the group-written “Crossfire” would top the rock chart and become a fan favorite. In Step earned Vaughan his first Grammy® Award for “Best Contemporary Blues Album.”

Sadly, In Step was fated to be Vaughan’s last album with Double Trouble. Released in June 1989, slightly more than a year later the guitarist would meet his tragic, accidental death. Before that sad day in August 1990, though, Vaughan would fulfill a lifelong dream by recording an album with his older brother Jimmie. Credited to The Vaughan Brothers, Family Style was produced by Nile Rodgers (with whom Vaughan worked, pre-fame, on David Bowie’s Let’s Dance album) and recorded in Memphis. By eschewing the use of either guitarist’s bands – although they did include friends like Bramhall and former Thunderbirds bassist Preston Hubbard – the brothers achieved a fresh sound that mimicked neither man’s previous album but broke new ground with its mix of blues, soul, and rock ‘n’ roll.

The Sky Is Crying 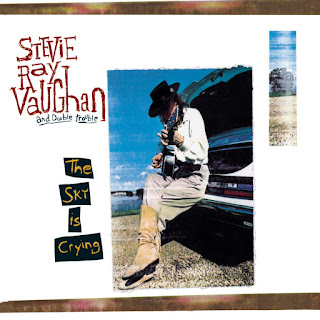 Although Family Style is often overlooked in favor of other albums from either artist’s catalogs, Stevie Ray and Jimmie sound like they’re having a great time together and Rodgers’ steady hand on the console enhances the funky strut inherent in the performances, and the mix of covers and originals blends together almost seamlessly. The brothers would earn hits with both the Bramhall/Stevie Ray co-write “Telephone Song” and the Jimmie Vaughan/Nile Rodgers’ track “Tick Tock.” Released a month after Stevie Ray’s death, Family Style shot up the charts to peak at #7 on its way to multi-Platinum™ status and a pair of Grammy® Awards for the brothers.

The posthumously-released final Stevie Ray studio album The Sky Is Crying is a collection of studio outtakes and alternate takes culled from across Vaughan’s meteoric but too-short career. Put together by brother Jimmie, the heart of the album is the guitarist’s incredible take on Elmore James’ title track, “The Sky Is Crying.” Overall, the album is an excellent representation of both Stevie Ray’s musical influences as well as his incredible dexterity as a performer and instrumentalist. From the howlin’ country funk of Lonnie Mack’s “Wham” and the muscular blues-rock of Jimi Hendrix’s “Little Wing” to the jazz-flaked instrumental “Chitlins con Carne” and impressive originals like “Empty Arms,” The Sky Is Crying was not only a fitting swansong for the beloved guitarist, but a comprehensive and creative album in its own right that would earn Vaughan another pair of Grammy® Awards.

What’s not to like about Texas Hurricane? The six individual albums are all pressed on luxurious high-quality vinyl, thick slabs o’ black wax with deep grooves that capture every bit of the music with unbelievable, crystalline clarity. Each 12” hockey puck is lovingly wrapped in an archival quality, non-scratching, anti-static sleeve that is subsequently slipped into full-sized cardboard sleeves. Not some cheap-o, cheap-o simple reproduction, but a wonderful gatefold sleeve sporting the original cover artwork in brilliant full color, song lyrics, rare photos, and full credits. The albums are packaged in a giant-sized box with faux-leather graphics and the set includes a 24-page, album-sized booklet with (a lot) more photos, and insightful liner notes for each album penned by Guitar World magazine Senior Editor Andy Aledort.

The music stands on its own merits – Stevie Ray Vaughan forever influenced the evolution of blues guitar and extended the music’s popularity to the present day. With its obsessive attention to quality in all aspects, the presentation provided these classic albums by Texas Hurricane fits the status of the music itself. While a pricey box set like Texas Hurricane may appeal mostly to the well-heeled fan or hardcore collector, it’s definitely worth the money if you have the coin…this is Stevie Ray Vaughan as you’ve never heard him before. (Analogue Productions, released April 8, 2014)