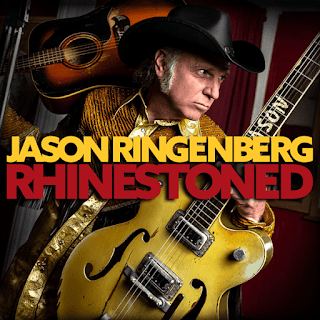 Jason & the Scorchers frontman Jason Ringenberg is a pioneering Americana legend who has also enjoyed a critically-acclaimed and modestly-successful solo career that kicked off with 2000’s A Pocketful of Soul, which was followed by 2002’s All Over Creation. In between these efforts, Ringenberg pursued a third distinct career as “Farmer Jason,” recording goofy yet deceptively sly albums for kid (and their parents). He took some time off after 2004’s Empire Builders, reunited with the Scorchers for 2010’s landmark Halcyon Times album, and then returned to his family and life in Tennessee.


The offer of an “artist in residency” program at Sequoia National Park in California proved to be too alluring to pass by, however, and with newfound clarity and purpose (and a bunch of new songs), Ringenberg came roaring back with 2019’s incredible Stand Tall album. The Roots of Stand Tall appeared last year, the album a sort of “making of” trip and, when 2020 rolled around, Ringenberg had songs left over that didn’t quite fit onto Stand Tall. In a press release for his new album, Jason states “these weren’t enough to make another record, nor did I have the fire to embark on another recording project.” When the Covid lockdown started, though, Jason says that “songs began to pour out. I felt increasingly excited and driven to record again. I put a guitar and recorder by my bed. I was ready to jump on any idea like a Revolutionary War Minuteman waiting to be called by Paul Revere.”

The result is Ringenberg’s finest solo album to date, Rhinestoned. The man himself says “the songs rolled out rather heavy. I reckon that was to be expected, with a world grappling with a pandemic and the United States embroiled in racial strife.” A historian in his own lyrical manner, Jason easily ties together events from yesteryear with contemporary themes to create a strong song cycle that has one foot in the past and an eye towards the future. Rhinestoned kicks off with the Dylanesque “Before Love and War,” a poetic rocker that shines with producer/guitarist George Bradfute’s shimmering fretwork, Fats Kaplin’s sweeping steel guitar, and emotionally-charged vocals. Ringenberg’s “The Freedom Rides Weren’t Free” is another up-tempo rocker with brilliant, timely lyrics that reflect the “Black Lives Matter” protests while speaking of the sacrifices of the Freedom Riders, who fought for civil rights in the early ‘60s. Jason delivers a powerful vocal performance for a song into which he invests a lot of heart and soul.


Ringenberg has lived in the Nashville area for better than 40 years, and dabbled in the country music field, so he knows what he speaks of in “Nashville Without Rhinestones,” a folk-styled song with lyrics spoken, rather than sung against a rolling instrumental backdrop. Jason bemoans the loss of the “old” Nashville not in the manner of some aging crank, but rather as a traditionalist who isn’t so much criticizing the city’s progress as much as mourning what it’s leaving behind. “Out on the horizon, I see a sinking ship,” he sings, “filled with hillbilly ghosts on their final trip,” nodding to the Music City’s rich cultural heritage by playing “an old LP” from 1963, 1953, 1943, etc., throughout the lengthy history of country & western music. Jason pays further tribute to the “Old Nashville” with a charming cover of the Carter Family’s country classic “The Storms Are On the Ocean.” A duet with the incredibly-talented Kristi Rose, their two voices recreate pure magic in the grooves.

Only Ringenberg could take an antiquated hymn like “Christ the Lord Is Risen Today” and turn it into a rock song, but with a little vocal assistance from two of his daughters (Addie and Camille), and soaring Bradfute guitarplay, the song manages to be both reverent and joyfully rowdy. Ringenberg’s “I Rode with Crazy Horse” is one of the album’s most interesting songs, with its germination in a dream. Says Jason, “I woke up and immediately hummed the words and melody into my phone recorder. I am enormously proud of that song.” A rollicking story-song, Ringenberg states that its “story is loosely based on an old Lakota/Oglala legend that one of Crazy Horse’s cousins rode and fought beside him through every battle, even to his death at Fort Robinson.” Riding a timeworn C&W beat like a galloping horse, the story unfolds into a fascinating tale accompanied by Bradfute’s ringing guitars and a locomotive rhythms courtesy of drummer Steve Ebe’s relentless percussion. 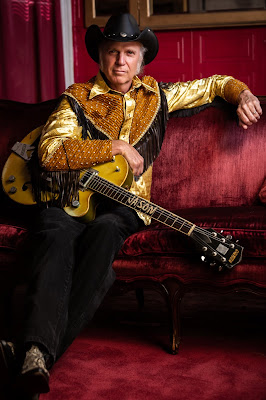 The semi-autobiographical “My Highway Songs” is the perfect antidote to today’s insipid “pop country” music with Ringenberg’s high-lonesome vocals sitting atop a twangy yet lush instrumental soundtrack, the self-reflective lyrics of an aging rocker wondering if “there’s a place in the world for my highway songs?” The music is simply gorgeous, with Kaplin’s weeping pedal steel standing out, and the song itself is worthy of a tradition built by Hank Williams and Johnny Cash. Speaking of which, Jason’s cover of ol’ Hank’s “You Win Again” is a beautiful contemporary take on the honky-tonk gem, Ringenberg imbuing the song with plenty of pathos and heartache while the band choogles on behind him. A cover of the Ozark Mountain Daredevils’ song “Time Warp” (from 1975’s The Car Over the Lake album) is a swinging nod to country music’s influence on 1970s-era Southern rock.

With “Stoned On Rhinestones,” Ringenberg takes a sly look at the allure of country music stardom, his humorous lyrics bouncing off a rockin’ hillbilly musical backdrop to cleverly (and honestly) describe both the ups and the downs of a life on stage. The grand romantic ambitions of “Keep That Promise” could easily have been a Jason & Scorchers tune, with guitarist Warner Hodges shooting off sparks while Jason sings of star-crossed lovers. As it is, Bradfute and company do a fine job raising the roof, providing stinging fretwork and a dense rhythmic canvas for Jason to paint on. Rhinestoned closes with “Window Town,” another poetic lyrical turn that obliquely speaks of the difficulty of personal relationships in the modern world. The soundtrack is hauntingly beautiful, masterfully blending country and rock with filigree guitar and pedal steel (and Kristi Rose’s harmony vocals) playing off a solid rhythmic foundation.


Jason says it better than I ever could, stating that “taken all together, this is a record populated by old souls and ghosts – both people and places. The main song cycle of Rhinestoned examines my relationship with a changing Nashville and its role in country music.” Although many of the album’s songs look backwards, they’re also contemplative of the future in a time of doubt and apprehension. Recorded during the Covid era with the attendant social distancing, and ably assisted by guitarist and producer George Bradfute, in whose Tone Chaparral studio the album was recorded, Ringenberg and his collaborators nevertheless managed to crank out a timeless and enduring collection of spirited country-rock music that is both uplifting and entertaining…and who could ask for better in these trying days and times? (Courageous Chicken Records, released March 5th, 2021)

Buy the CD direct from the artist: Jason Ringenberg’s Rhinestoned