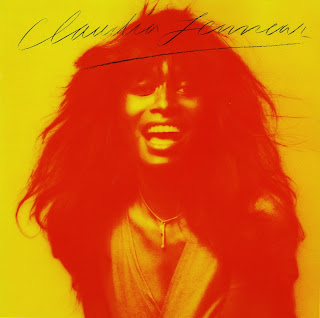 The first five songs on the album (side one) feature Memphis music legend Jim Dickinson and bassist Tommy McClure from his Dixie Flyers band backing the singer along with fretburner Ry Cooder. Although both sides of the album were ostensibly produced by Ian Samwell, Lennear was backed up on side two by New Orleans' favorite son Allen Toussaint and his cohorts, with Toussaint supplying the songs and musical arrangements. Two entirely different crews, held together by one common thread – Lennear's phenomenal voice. There's a lot of talent in these grooves, though, including Memphis/Muscle Shoals legend Spooner Oldham, drummer Jim Keltner, guitarist Charles Grimes (from Stephen Stills' Manassas), and others.


Phew! opens with Ron Davies' "It Ain't Easy" (also recorded by David Bowie for his Ziggy Stardust album). Needless to say Lennear's raspy, cat-in-heat vocals differ greatly from Bowie's, her voice soaring above a lively soundtrack that includes Dickinson's honky-tonk keys and underrated string-bender Grimes' nifty rhythm work. By contrast, a reading of Davies' "Sing With The Children" offers a smoldering, white-hot performance with Lennear bringing no little soul to the words as Dickinson's piano and Mike Utley's Hammond organ pound away alongside Cooder's electrifying fretwork.

The band cuts loose behind Lennear for her hard-rockin' original "Not At All," her voice rising and falling with the rhythm above a roof-raising soundtrack that includes Cooder's stinging guitar, a choogling rhythm created by bassist McClure and drummer John Craviotto, Grimes' backing guitar, and Dickinson's ever-present keys. A cover of blues great Furry Lewis's "Casey Jones" provides a nice contrast to end the side, Lennear's languid vocals pitch-perfect in their approximation of Lewis's laid-back voice, the band rambling and shambling nicely behind her. The entire first side is raw, immediate, and altogether Memphis soulful, even if recorded in L.A.

Everything I Do Gonna Be Funky


The vibe changes noticeably for side two (songs 6-10) of Phew!, beginning with Toussaint's classic "Goin' Down." Lennear strikes a funky pose, her gymnastic vox rollin' and tumbling above a spry soundtrack that includes a deep rhythmic groove, Harold Battiste's sax attack, Spooner Oldham's fleet-fingered piano and an overall loose-limbed take that shakes the album up nicely. While I can't say which of the session's three guitarists – the great Arthur Adams, the frequently overlooked Marlin Greene, or the Rick Littlefield – are filling out the edges, the energetic finger-pickin' is a delight. Toussaint's "From A Whisper To A Scream" is a moody, atmospheric semi-ballad that Lennear knocks out of the park with a sultry, sensual, hearty performance that dances nicely above the lush instrumentation, the song's soulful roots embellished by Don Monza's ethereal flute passage.

"Everything I Do Gonna Be Funky" is exactly that, authentic New Orleans funk a la the Meters or early Neville Brothers, Lennear's vocals playing nicely with the song's deep groove and foot-shuffling, booty-shakin' rhythms. The mid-to-low tempo "What'd I Do Wrong" displays a different side of Lennear's talent, the singer delivering an emotionally-powerful torch-song performance enhanced by the subtle use of horns and William Smith's background keyboards. Phew! originally closed with a reprise of "Goin' Down," this second reading turbo-charging the song into funk overdrive, Lennear's vocals nearly lost in the miasma of brassy horns, blazing fretwork, and cascading percussion. The CD reissue of Phew! tacks on a version of Lowell George's "Two Trains" that features another facet of Lennear's abilities, the singer bringing a gospel intensity that would inform George's later recording of the song.


Claudia Lennear's Phew! is a fine example of music from the crossroads of Memphis soul, Southern rock, and New Orleans funk, the singer mixing up these genres with casual aplomb, the performances driven by her explosive and expressive voice. Although the songs on the album's original first side often overshadowed Lennear's voice (no small feat), Toussaint found a way to truly blend the singer's talents with the band's contributions on the second side.

Sadly, Phew! was buried among a slew of other rock 'n' roll albums in the fertile year that was 1973, and Lennear would give up performing to become a school teacher. An obscurity long overdue for reissuing, Phew! is a timeless slice of 1970s rock 'n' soul worth rediscovering.