Iron Butterfly Live At The Galaxy 1967 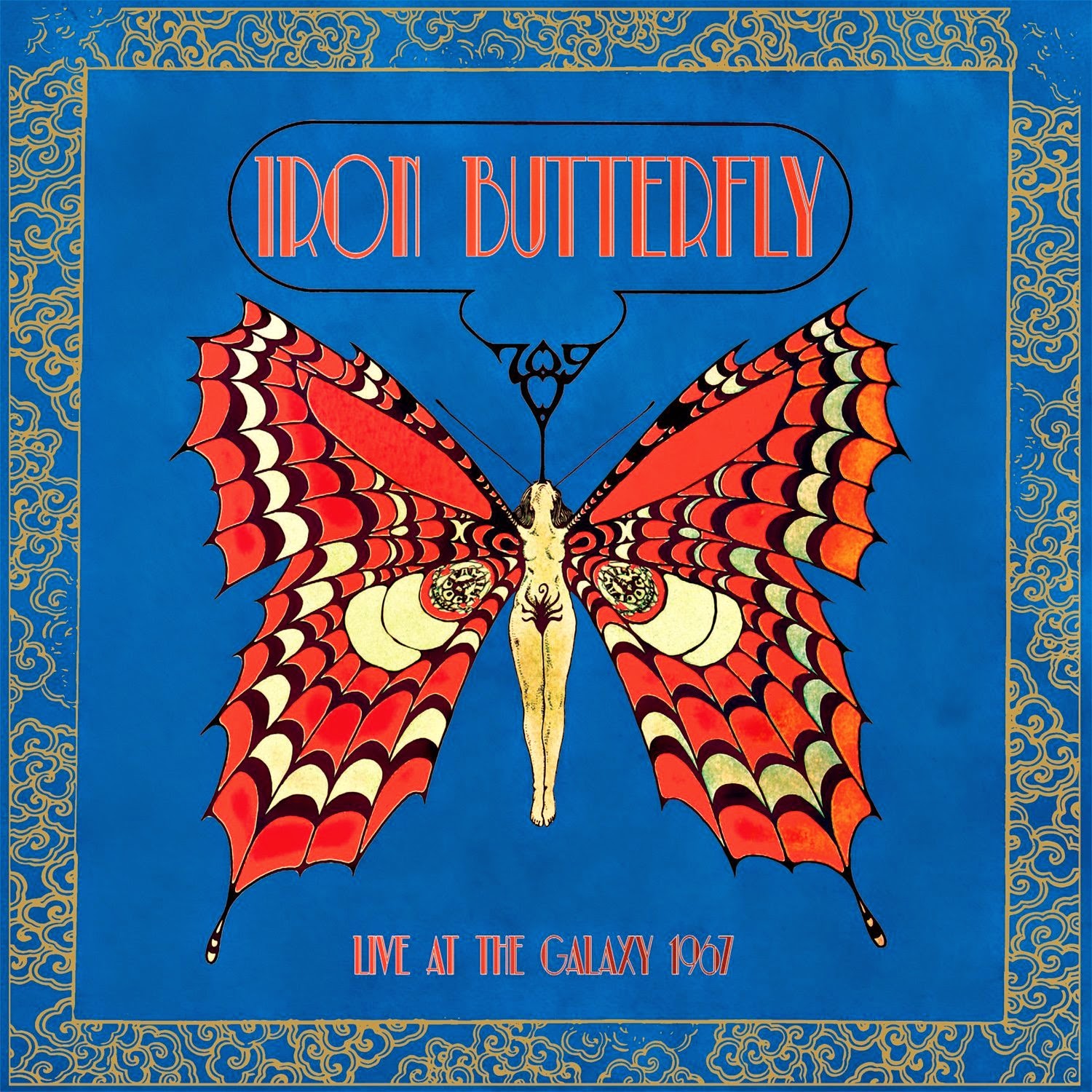 They’ll forever be known as the “In-A-Gadda-Da-Vida” band, but Iron Butterfly released six studio and a live album over the course of their initial ten-year run. Formed in 1966 by keyboardist/vocalist Doug Ingle and guitarist Danny Weiss, Iron Butterfly became known as one of the leading progenitors of the era’s psychedelic-rock sound. Unlike almost all of the pop-psych bands of the 1960s, though, Iron Butterfly evinced a sound befitting its name, bringing a sonic tonnage to its material that was shared only by a few like-minded fellow travelers as Blue Cheer.

Aside from a lone 1970 album and 2011’s Fillmore East 1968, there hasn’t been a heck of a lot of live Butterfly recordings floating around collectors’ circles. That oversight will be corrected on May 27th, 2014 when Purple Pyramid – a subsidiary of Cleopatra Records – releases Live At The Galaxy 1967, a rare concert document from the psychedelic-rock legends. The album was recorded at the historic Galaxy Club in Los Angeles, just a few doors down from Whiskey A Go-Go on the infamous Sunset Strip and features the early band line-up which recorded Iron Butterfly’s 1968 debut album Heavy.

The band at the time included Ingle on lead vocals and keyboards, guitarist Weiss, bassist Jerry Penrod, percussionist and singer Darryl DeLoach, and drummer Ron Bushy. Live At The Galaxy 1967 will be released on both compact disc and, in June, on glorious colored 180 gram vinyl. The album is of special interest to fans as it’s a rare document of the early band; Weiss, Penrod, and DeLoach left Butterfly shortly after the January 1968 release of Heavy, replaced by guitarist Erik Brann and bassist Lee Dorman who, along with Ingle and Bushy, represented the best-known and most successful band line-up that recorded the In-A-Gadda-Da-Vida (1968) and Ball (1969) albums.

“Every big name act that was in L.A. came to see us play at the Galaxy,” Ron Bushy remembers in a press release for the album. “There was Eric Clapton, Jimmy Page, Jimi Hendrix, etc.” A&R reps from Atlantic Records were also at the show, and promptly signed the band and hustled them into the studio to record Heavy. Six of the twelve performances captured by Live At The Galaxy 1967 are from Heavy, including the band’s signature “Iron Butterfly Theme,” while only two of the other half-dozen songs would be released later, providing long-time fans with some previously unreleased gems from the enigmatic band.

Live At The Galaxy 1967 track listing:

Buy here from Amazon.com: Live At The Galaxy 1967