Procol Harum Is "Back On Black" This June! 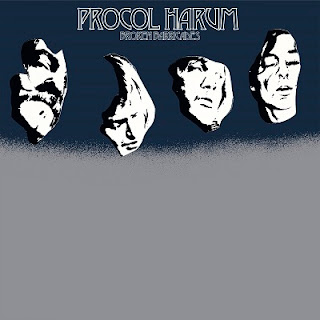 The good folks at Back On Black and Let Them Eat Vinyl have been reissuing classic slabs o’ rock ‘n’ roll history on glorious, inky-black vinyl records in the U.S. and Canada for nearly five years now. Each LP release is stamped onto heavyweight vinyl for the best sound quality possible, and many titles are available in a variety of colors with the rabid collector in mind.

On June 16th, 2015 Let Them Eat Vinyl will reissue a large chunk of Procol Harum’s catalog on vinyl for the first time in nearly a quarter-century. Among the Procol Harum titles receiving the deluxe vinyl treatment are 1971’s classic Broken Barricades, 1973’s Grand Hotel, the following year’s Exotic Birds and Fruit, Procol’s Ninth (1975), and Something Magic (1977). The band’s 2003 reunion album The Well’s On Fire will be released on vinyl for the first time, as will Procol’s commercial breakthrough, 1972’s Live In Concert With The Edmonton Symphony Orchestra, and the 2004 archive release Live At The Union Chapel. 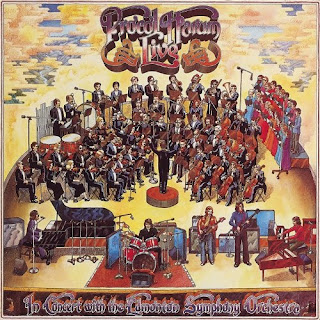 Of these vinyl reissues, Broken Barricades remains my personal favorite. The band’s fifth album and its last to feature guitarist Robin Trower, it features the classic Procol Harum line-up of singer/pianist Gary Brooker, keyboardist/bassist Chris Copping, drummer B.J. Wilson, and lyricist Keith Reid. It was Live In Concert With The Edmonton Symphony Orchestra, which spawned the Top 20 hit single “Conquistador,” which would become the band’s highest-charting (#5 U.S.) and best-selling album.

The band had a hard time following up their live disc’s overwhelming success, however – although Grand Hotel rose to #21 on the chart, it included no hit singles, and Exotic Birds and Fruit struggled to hit #86 on the chart at the time of its release. Procol’s Ninth fared somewhat better, yielding a minor U.K. hit in “Pandora’s Box,” but after the poor showing of Something Magic, the band broke up. Although best known for their chart-topping 1967 classic “A Whiter Shade of Pale,” all of these 1970s-era Procol Harum albums have their charms. Now, a new generation of fans can rediscover this great music the way that the Reverend first heard it – on vinyl!

Buy the vinyl from Amazon.com:

Live In Concert With The Edmonton Symphony Orchestra