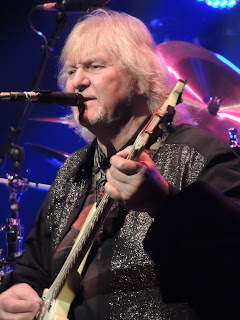 We’re sad to report on the passing of Chris Squire, founding member and bassist for British prog-rock legends Yes and one of the most influential musicians to emerge from the progressive rock scene. It was just a month ago that Squire revealed that he was undergoing treatment for acute erythroid leukemia, a rare form of the disease, and that he would be absent from the band’s upcoming U.S. tour, the first time in over 45 years that Squire would miss a Yes tour. Squire passed away in his Phoenix, Arizona home, accompanied by his wife.

A self-taught virtuoso bassist, Squire formed Yes in 1968 with vocalist Jon Anderson, guitarist Peter Banks, keyboardist Tony Kaye, and drummer Bill Bruford. This line-up recorded the band’s self-titled 1969 debut and the following year’s acclaimed album Time and A Word, the band’s first to chart in the U.K. Guitarist Steve Howe replaced Banks for 1971’s The Yes Album, the band’s U.S. chart breakthrough, and Rick Wakeman would replace Kaye for that year’s Fragile, a ‘Top 10’ charting album on both sides of the Atlantic. This line-up of the band would record but a single album together – 1972’s classic Close To The Edge – before Alan White replaced Buford, who left for King Crimson, and Patrick Moraz replaced Wakeman for 1974’s Relayer when the keyboardist launched his solo career.

Yes broke up in 1980 after the release of their tenth studio album, Drama, their first without vocalist Anderson and first to feature Trevor Horn and Geoff Downes, former members of the Buggles. Although the album sold respectively, charting in the ‘Top 10’ in England and ‘Top 20’ in the states, band tensions had reached a boiling point. After a couple of years, Squire and White formed the band Cinema with South African vocalist and guitarist Trevor Rabin. The trio begun recording on a debut album that included Yes founding member Tony Kaye, but when Anderson returned to the fold, the band changed its name back to Yes and released 90125, their most commercially successful album. The popularity of the hit “Owner of A Lonely Heart” and the band’s new, pop-prog sound propelled 90125 to triple Platinum™ sales status. 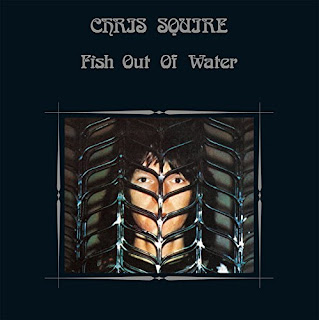 Problems within the band caused the recording of their 1987 follow-up album Big Generator to stretch over a couple of years, and while the album would go Platinum™ in the states, the writing was clearly on the wall for a band change. The 1991 Yes album Union featured a “who’s who” of past and present Yes members, including Steve Howe and Bill Bruford, and 1994’s Talk would be the last to feature Rabin as a member of the band. Their commercial peak behind them (Talk was their first album to not chart ‘Top 20’ in the U.S. in two decades), Yes recorded sporadically throughout the remainder of the ‘90s and into the new millennium, the band’s most recent album, 2014’s Heaven and Earth, featuring a line-up comprised of vocalist Jon Davison, guitarist Howe, keyboardist Downes, drummer White, and bassist Squire.

While Squire dedicated the lion’s share of his time and energy to Yes through the decades, he would release a lone solo album, Fish Out Of Water, in 1975. A critical and commercial success, the album featured Yes members Bruford and Moraz as well as Squire’s former bandmate in the Syn (a mid-60s precursor to Yes), pianist Andrew Pryce Jackman. With then-current Yes guitarist Billy Sherwood, Squire formed a musical side-project called Conspiracy that released albums in 2000 and 2003, and in 2004 the bassist joined a reunited the Syn for a single recording and tour. More recently, Squire hooked up with guitarist Steve Hackett from Genesis under the band name Squackett, the pair releasing an acclaimed album A Life Within A Day in 2012.

Although Yes would go through multiple personnel changes throughout the years – eighteen different members by Squire’s count in a 2013 Rolling Stone magazine interview – the bassist was the bedrock foundation of the Yes sound, and the only musician to appear on all 21 of the band’s studio and ten live albums (and counting). Squire’s imaginative, melodic, and energetic playing style influenced subsequent generations of players, from Rush’s Geddy Lee to Les Claypool of Primus and John Myung of Dream Theater, among many others. His musical contributions to Yes shaped the band’s sound and legacy and his presence will be sorely missed by prog-rock fans worldwide.