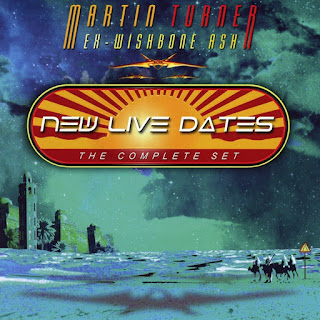 Powell is leading the band, is he not, and has been at the helm of Wishbone Ash since the 1970s...wouldn't that make him the de facto 'band leader'?

I am not sure there is any doubt that Martin has 'let the Andy Powell thing go'. And he has done it with dignity. It is a sizeable number of fans that still care. There is no doubt however that this is a wonderful collection of mainly Wishbone Ash material sung and performed well. I can't say the same for Andy Powell who rarely sings anything very well.

You must have some severe hearing issues if you think Martin is able to sing well these days.........his singing whilst never premier league in his heyday is like listening to a strangled cat a lot of the time......often masked by his band in particular Danny. Andy Powell also never a top class from the start cam at least still sign in tune unlike Martin!

There were four singers in WA:
Martin, Ted, Laurie and Andy. Without a doubt Andy was the worst of all four. And now Andy sings evrything in WA. In contrast, Martin still sings as good as he used to.
MTWA > WA