Chuck Berry, inarguably one of the founding fathers of rock ‘n’ roll, passed away at the age of 90 on March 18th, 2017. As reported by Rolling Stone magazine and elsewhere, St. Charles County Missouri police responded to a medical emergency at Berry’s home Saturday after where they found the rock legend unresponsive. First responders applied lifesaving techniques but were unable to revive Berry, who had recently battled pneumonia.

Born in St. Louis, Berry was interested in music at an early age, and he learned to play guitar as a teenager. By the early 1950s, Berry was playing professionally with the Johnnie Johnson Trio in St. Louis area nightclubs. A meeting with blues legend Muddy Waters in Chicago lead to an introduction to Chess Records founder Leonard Chess in 1955 and the rest, as they say, is history. Berry pitched Chess a song called “Maybellene,” which was based on an old country tune by the title of “Ida Red,” but with new lyrics and a red-hot guitar lick and he was quickly signed to the label. 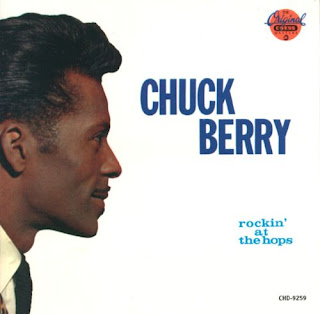 “Maybellene” proved to be a breakthrough single, hitting the top of the R&B chart and crossing over and peaking at #6 on the pop chart on its way to selling better than a million copies. A couple of Berry’s other 1955 single releases did well on the R&B chart, but he’d next hit the Top 30 with the classic 1956 tune “Roll Over Beethoven.” Berry hit his stride in 1957 and ’58 with a string of pop hits that included “School Day (Ring! Ring! Goes the Bell),” “Rock and Roll Music,” “Sweet Little Sixteen,” and “Johnny B. Goode,” the songs appealing to a growing teenage market with their humorous lyrical themes of teen life. Berry was an in-demand performer as well, his T-Bone Walker-inspired guitar licks and on-stage charisma leading to profitable tours and film roles.

Berry’s career was sidetracked in the early 1960s by a racism-fueled federal conviction that put him in prison at the peak of his popularity. After serving 20 months of a three-year sentence, Berry’s emerged an angry, bitter man. Resuming his recording career in 1964, Berry would score a number of hits in the midst of the “British Invasion” that he helped inspire, including “Nadine (Is It You?),” “No Particular Place To Go,” “You Never Can Tell,” and “Promised Land.” By mid-decade, though, Berry left Chess and signed with Mercury Records, with whom he’d release five albums between 1966 and ’69, including Live at Fillmore Auditorium, his first live LP, recorded with the Steve Miller Band backing the rock legend.

Berry’s Mercury Records years weren’t particularly commercially successful, yielding no hit singles and placing only one album in the upper regions of the charts. He remained a top concert draw, though, and Berry subsequently returned to the Chess label in 1970, releasing a pair of well-received albums in Back Home (1970) and San Francisco Dues (1971). Berry would score the biggest hit of his career in 1972 with the novelty song “My Ding-a-Ling,” taken from The London Chuck Berry Sessions album. 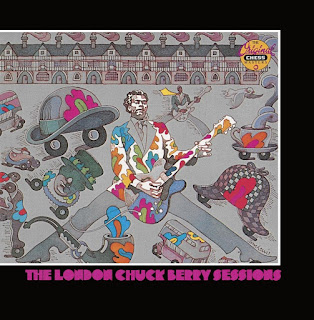 Chasing a trend that they had started with similarly successful collections from blues legends Howlin’ Wolf and Muddy Waters, Chess Records sent Berry to London to record The London Chuck Berry Sessions with British musicians. Side one of the original vinyl LP was made up of studio recordings, while side two featured a truncated performance from the Lanchester Arts Festival in Coventry, England. The eleven-minute performance of “My Ding-a-Ling” was edited down to four minutes for single release and earned surprising airplay on both AM and FM radio, earning Berry his first #1 single, the song topping the charts in the U.S as well as in the U.K. and Canada, pushing the album to #8 on the stateside pop chart.

A live performance of “Reelin’ and Rockin’” from The London Chuck Berry Sessions was later released as a single and hit the Top 30 in both the U.S. and the U.K. (many FM radio stations played the entire eighteen-minute span of “Reelin’ and Rockin’” and “My Ding-a-Ling” from the album). It would prove to be Berry’s last hurrah, however, as his subsequent (and last) album for Chess, a self-titled 1975 disc, failed to chart. Berry wouldn’t record again for four years and released his final studio album, the critically-acclaimed Rock It, in 1979 on the Atco Records label.

Berry continued to tour heavily, booking shows entirely on reputation and performing as many as 100 nights a year through the late ‘70s and well into the 1990s. Berry would arrive for a show with his guitar in hand, demand that he be paid in cash, and hire a local band for back-up, expecting them to know his music. This led to erratic and often unsatisfactory performances, but Berry continued the practice until health problems forced his retirement from the road in 2011. His ‘cash only’ requirement from promoters also brought Berry to the attention of the IRS, the rocker eventually pleading guilty to tax evasion in 1979, sentenced to four months in prison and 1,000 hours of community service, performing benefit concerts. 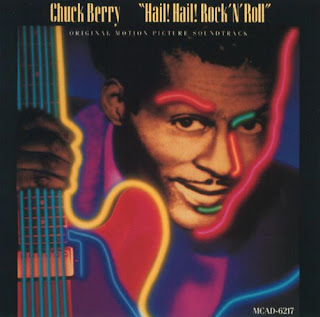 Although he was no longer a presence on the charts in the latter half of his career, Berry still enjoyed a number of milestones. He was asked to perform at the White House by President Jimmy Carter in 1979, received a Grammy® Lifetime Achievement Award in 1984 and the Kennedy Center Honors in 2000. Berry was inducted into the Rock & Roll Hall of Fame when it opened in 1986 and during that same year, director Taylor Hackford made the documentary film Hail! Hail! Rock ‘n’ Roll of a concert organized by Keith Richards for Berry’s 60th birthday. The film included pop, rock, and blues talents like Eric Clapton, Etta James, Robert Cray, and Linda Ronstadt performing on stage with Berry.

Berry had stopped touring over the last few years, but he still performed one Wednesday night a month at Blueberry Hill, a St. Louis restaurant and bar, from 1996 to 2014, backed by the Blueberry Hill band of pianist Robert Lohr, bassist Jimmy Marsala, and drummer Keith Robinson. It was this trio that Berry took into the studio to record what would become his final studio album. On his 90th birthday in October 2016, Berry announced the 2017 release of Chuck, his first studio recording since 1979’s Rock It. Dedicated to his wife of 68 years, Themetta Berry, Chuck features his son Charles Berry Jr. on guitar and his daughter Ingrid playing harmonica on a set of mostly new songs.

If Elvis Presley inspired a generation of young teens to pursue a life in rock ‘n’ roll, Chuck Berry provided the musical blueprint for them to follow. His importance to the popularity and evolution of rock music cannot be overstated and he leaves us with a wealth of great music that will live forever...