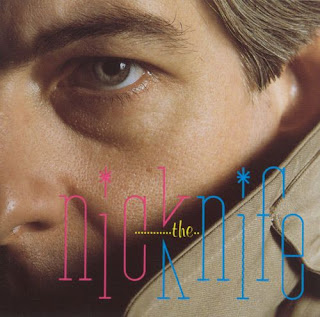 The gang at Yep Roc Records did the world of rock ‘n’ roll a major favor back in 2011 when they gave British rock legend Nick Lowe’s classic 1979 album Labour of Lust its first proper U.S. release in roughly two decades. The years have since slipped by, but Yep Rock is again raiding the Lowe archives to reissue a long-lost pair of gems. On April 7th, 2017 Yep Roc will reissue Lowe’s 1982 album Nick the Knife (his long-anticipated follow up to Labour of Lust) and the following year’s The Abominable Showman on both CD and vinyl formats.

Lowe first came to prominence during the British pub-rock scene of the early ‘70s as a member of the legendary band Brinsley Schwarz. Between 1969 and ’75, Lowe sang, played bass, and wrote songs for the band’s six albums, which today are cherished collectibles for the faithful pub-rock fan. After the break-up of Brinsley Schwarz, Lowe tinkered around as a solo artist, releasing singles like “So It Goes” for Stiff Records, where he also worked as the label’s staff producer (working with Elvis Costello, the Damned, and Dr. Feelgood). Lowe also performed as part of the band Rockpile with Dave Edmunds. Lowe released his solo debut, Jesus of Cool (titled Pure Pop for Now People in the U.S.) in 1978, followed by the hit album Labour of Lust. 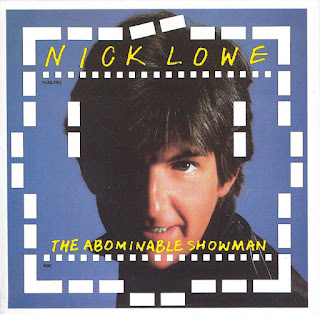 After marrying singer Carlene Carter (Johnny Cash’s stepdaughter) in 1979, Lowe recorded a single album with Rockpile, 1980’s Seconds of Pleasure, the band enjoying a modest hit when the album charted Top 30 in the U.S. After the break-up of Rockpile (whose members had also played played on various Lowe and Edmunds solo LPs), Lowe returned to his solo career with Nick the Knife. Recruiting former Rockpile bandmates Billy Bremner (guitar) and Terry Williams (drums), Lowe brought friends like guitarist Martin Belmont (from the Rumour) and keyboardists Steve Nieve (the Attractions) and Paul Carrack (Squeeze) into the studio. Nick the Knife features a solid set of Lowe’s pop-rock originals (including two songs co-written with Carter, who also sings on the album) as well as a version of the Rockpile song “Heart.”

The following year’s The Abominable Showman found Lowe returning to his pub-rock roots, recording with a stripped-down band that included Belmont, Carrack, and drummer Bobby Irwin, who formed the core of Lowe’s Cowboy Outfit backing band throughout the decade. The album offers up some fine rockin’ country-tinged moments and a few great songs like “Ragin’ Eyes,” “We Want Action,” and “Time Wounds All Heels,” the last two co-written with Carter. A cover of Moon Martin’s “Paid the Price” fits nicely on the track list.

Reissues of both of these long out-of-print albums is certainly welcome, and comes at a nice time as Lowe’s friends and Yep Roc labelmate’s Los Straitjackets will be releasing their tribute to the songwriter with their new album, What’s So Funny About Peace, Love and …Los Straitjackets. It’s the year of Nick Lowe, y’all!