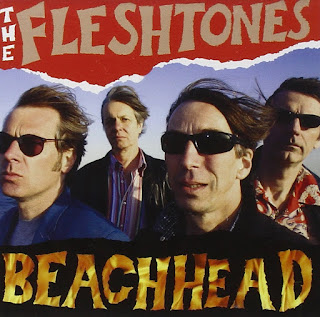 It’s hard to believe that the Fleshtones have been banging away at it for damn near thirty years. With more than a dozen albums and several thousand raucous live performances under their collective belts, one would think that these garage-rock greybeards would be running out of steam by now...and you’d be dead wrong, chuckles! While the band’s 2003 album Can You Swing? effectively resurrected the Fleshtones and placed them back at the forefront of the rock ‘n’ roll pecking order where they belong, Beachhead stands as the band’s magnum opus. A culmination of three decades of blood, sweat and beers, this is the one Fleshtones disc where it all comes together.

Working with two quite different producers in two distinctly varied environments, the band has managed to perfectly capture its eclectic musical mix of Sky Saxon, Chuck Berry, Dick Dale, and Stax soul. While Jim Diamond brings a certain contemporary street cred to the Fleshtones sound – the in-demand producer working with the band in his Ghetto Recorders studio in Detroit – Rick Miller of Southern Culture On The Skids adds a classic rock vibe to the tracks recorded at his Kudzu Ranch. Mix the results up in the final track listing and these two sides of the same coin meld together to present the indomitable rock ‘n’ roll spirit of the Fleshtones in the best light possible. 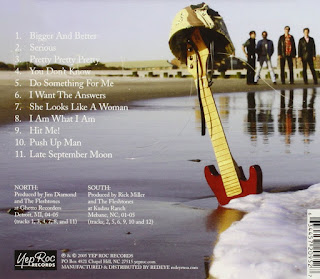 The larger-than-life “Pretty Pretty Pretty,” driven by Keith Streng’s guitar and Pete Zaremba’s keyboard riffing, has received weekly airplay on Little Steven’s Underground Garage syndicated radio program, and for good reasons. The sound is all deliciously greasy meat and fried potatoes. Zaremba’s yelping vocals provide a sucker punch to your eardrums while the band rifles through your belongings for loose change. “You Never Know” nicks the guitar intro from “Smells Like Teen Spirit,” fattening it up with flange and reverb and reclaiming it for the ages, Zaremba’s snottier-than-thou vox channeled directly from the ghost of some long-dead teen vocalist from 1965. “I Want The Answers” is a case study in rock ‘n’ roll primitivism, the song’s swelling six-string crescendos and nonsensical lyrics adding to, rather than subtracting from the tune's party-time vibe.

The Fleshtones have long eschewed the “garage rock” label, preferring their own term “super rock.” It’s an apt description, given the Fleshtones’ sound and unflagging dedication to the truth and beauty of rock ‘n’ roll. Regardless of what you want to call it, the Fleshtones have consistently cranked out entertaining music for the better part of thirty years, and Beachhead is no exception. (Yep Roc Records, released August 9th, 2005)

Buy the CD from Amazon.com: The Fleshtones’ Beachhead