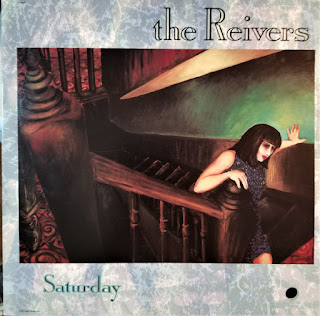 As Zeitgeist, they delivered one of 1985’s best albums, the indie label triumph Translate Slowly, an engaging collection of tough, acoustic-based traditionalist numbers that included inspired original material alongside excellent covers (such as Willie Nelson’s “Blue Eyes Crying In the Rain”). In their present incarnation as the Reivers (glomming their moniker, appropriately enough, from William Faulkner’s final novel), this Austin, Texas-based quartet offer up Saturday, a great batch of tunes that make the wait of over two years well worth it.

The Reivers practice a sort of new wave of roots awareness, performing material that is a pleasant mixture of dreamy melodies, hook-ridden rhythmic pop, and guitar-based folk-rock harmony. Kim Longacre’s soaring, haunting vocals share the songs, lyrically, with John Croslin’s monotone, talking-blues styled delivery to create an effect that is at once both hypnotic and enchantingly ethereal. The instrumentation is tight, at times minimalistic, and serves as a counterpoint to the harmony and fluidity of the vocals. 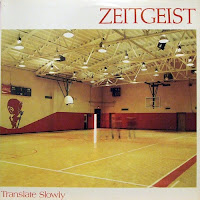 To call the Reivers neo-traditionalists is, perhaps, a misnomer and a disservice; although they do, indeed, draw both musically and lyrically from the well of traditional music, they do so only with proper respect, incorporating such influences into their creations instead of merely mimicking those artists who passed before. The result is an entirely engaging work, artistic in scope though entertaining in execution. Saturday is a welcome return to the old friend with a new name…I just hope that the Reivers don’t wait so long before they grace our lives again with their song. (Capitol Records, released 1987)