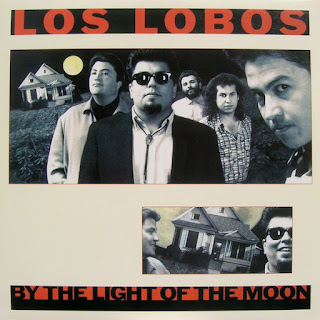 It’s an unfortunate reality that rock ‘n’ roll, the corporate entity, is by its very exclusive nature, inherent racism, and bureaucratic unintelligence, pretty much a white man’s game. Oft times, all the hype, hoopla, and promotion is spent on the wrong artists or product, and musicians who fail, by reason of birth, to make the cut, are doomed to obscurity or, worse yet, an audience limited by racial demographics. It’s a damn shame, too, for sheer, potent rock ‘n’ roll is not an exclusively lily-white art form. Case in point – Rick James can, and regularly does, out-rock any one of a number of lesser-talented AOR staples, doing it with energy, intelligence, and a measure of ballsy braggadocio.

Still, when was the last time you heard a Rick James song on your local “rock radio”? For every Prince or Michael Jackson who achieve multi-Platinum™ success in spite of the limitations of programing and promotion, there are dozens of talented artists and bands who suffer the commercial degradation of racial inequality. This editorializing is an attempt, however successful, to let you know what you may have been missing. There’s a whole world of talented musicians out there who aren’t represented on the charts, programed on the radio, or viewed on MTV. Los Lobos is one such band.

Roaring out of the Spanish-speaking slums of East Los Angeles, Los Lobos are a damn fine rock ‘n’ roll outfit of Mexican-American origin, carrying on a tradition that began some two decades ago with the crooning of Ritchie Valens and the garage-rock of Thee Midniters and continuing in an almost unbroken line through such contemporaries as Ruben & the Jets, Con Safos, and the Plugz (who would become the Cruzados). Unlike many artists of non-Anglo heritage who attempt to hide or downplay their ethnic origins, Los Lobos are proud of who they are and where they come from.

By the Light of the Moon is Los Lobos’ second major label album and follows much the same footsteps as 1985’s critically-acclaimed How Will the Wolf Survive? A blend of soulful, R&B, American-styled guitar-rock, and melodic, haunting traditional Mexican folk music, Los Lobos and By the Light of the Moon present a stylistic offering that is fresh, original, and at once both like and unlike much of what you may have heard before (strains of Doug Sahmn’s Tex-Mex musings reach my ears, as does brooding blues music not unlike Stevie Ray Vaughan). Lyrically, Los Lobos tend to sing of romance, pride, and wisdom.

The result is an all-too-brief glimpse into a culture that parallels that of the predominantly-white Anglo record-buying public. It would be a shame to allow such intelligent and thoughtful art drop into obscurity needlessly. Artists such as Los Lobos have too much to offer to be ignored for reasons of race, demographics, or ethnic prejudice…and if this does occur, we are all the much poorer for it. (Slash Records/Warner Bros, 1987)

Buy the album from Amazon.com: Los Lobos’ By the Light of the Moon