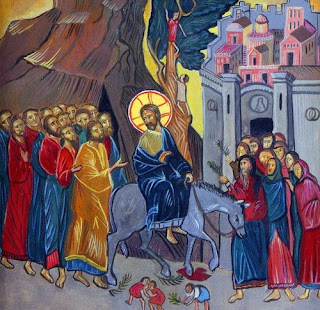 Nashville’s David Olney is one of the city’s truly underrated musical treasures…forget Kenny Chesney and Tim McGraw and all that Music Row pap, ’cause while they may be selling more records they’re not, at heart, true storytellers. They simply take clichéd words cranked out by some Music City songwriting assembly line and imbue the material with a modicum of personality. By contrast, Olney is an old-school wordsmith in the Townes Van Zandt tradition, mixing folk and blues with roots-rock in spinning tales that shoot straight for the heart of the human condition.

Olney’s second mini-album, The Stone – following last year’s Film Noir EP and released in time for the Easter holiday – is a six-song EP providing a unique accounting of the death and resurrection of Jesus. Olney revisits three older songs on The Stone, providing his previous creations with new interpretations, adding three new songs to complete his insightful personal take on “the greatest story ever told.” What makes Olney’s version here so mesmerizing is that each song takes a different lyrical view of Christ’s resurrection, the story told, in turn, by a con man, a donkey, a murderer, and a soldier.


The Stone opens with “Jerusalem Tomorrow,” Sergio Webb’s classical-styled guitarplay weaving a beautiful tapestry of sound behind Olney’s rich, sonorous spoken word vocals. This is the con man’s tale, originally appearing on Olney’s 1989 album Deeper Well and later recorded by Emmylou Harris. An intricate first-hand tale of Christ’s ministry, it’s a prelude, of sorts, of the story to follow. Another older song, the largely-forgotten “Brays” from Olney’s 1995 album High, Wide and Lonesome, offers the perspective of a lowly donkey who feels like a stallion after carrying a humble Jesus on his back. “Blessed am I of all creatures, blessed am I of all beasts,” sings the donkey in Olney’s haunting voice, the lyrics accompanied by producer Jack Irwin’s ethereal orchestration, which creates a fascinating musical atmosphere.

One of the EP’s new compositions, “Brains” is a funky blues romp fueled by Olney’s growling vocals and fluid harmonica playing. Told from the perspective of a policeman looking to find out “the brains of the operation” behind Jesus and his disciples, with a sly reference to Judas on the side, it’s an unlikely but effective way to recount the story, and probably the most playful song on the EP. David Roe’s subtle bass lines and Irwin’s nuanced percussion lay down a solid foundation beneath Olney’s voice, the lyrics calling to mind every cop-show cliché you’ve ever seen on TV, delivered with tongue only partly in cheek. Seemingly referring to the last supper, “Flesh and Blood” is a more traditionally folk-oriented performance, with Olney’s droning guitar-strum providing a counterpoint to his warm vocals, a bit of Woody Guthrie-styled harmonica complimented by Webb’s piercing guitar tones.

The last of the old tracks, the amazing “Barabbas,” originally appeared on Olney’s 1999 album Through A Glass Darkly. A central character in the Christ narrative, the thief Barabbas had his death sentence commuted by Pontius Pilate while Jesus of Nazareth was crucified. Astride Webb’s strident classical fretwork, Olney tells his rambling tale of Barabbas’s imprisonment with Jesus and subsequent freedom, the thief later questioning his release and traveling across the land to tell his tale which, in itself, represents a form of spiritual redemption. Irwin lays in mariachi-styled horns in places, their odd dissonance adding nicely to the overall vibe of the story while Webb’s intricate and beautiful guitar playing is simply breathtaking.

The Stone ends with “A Soldier’s Report,” the tale of Christ’s resurrection told in the somber voice of a confused and troubled soldier present at the crucifixion and charged with guarding the tomb of Jesus. Above Webb’s insistent and sometimes discordant fretwork, with a few cacophonic blasts of horn thrown in, Olney unfolds the soldier’s shame at discovering that Christ’s body had disappeared, and his subsequent misgivings about the future that the mysterious event portends. It’s a powerful performance, Olney closing out The Stone with an open ending that invites further musical examination.


David Olney is not a Christian songwriter, per se, nor does he frequent religious themes often, but when he does address matters of faith, he does so with the same intelligence and in the same thought-provoking manner as every song he pens. With The Stone, Olney has successfully wrestled with difficult religious mythology, adding his artistic voice to the history of the tale with no little majesty and grace. (Deadbeet Records, released March 20, 2012)