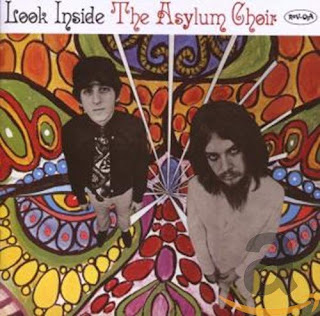 Long before he was inducted into the Rock & Roll Hall of Fame, Leon Russell began his career as a well-respected session musician. Moving to L.A. from Oklahoma in the late 1950s, Russell worked his way up the ranks of studio professionals, his natural ability to cross genres like rock ‘n’ roll, blues, country, and gospel leading to a chair with the legendary Wrecking Crew, where he brought his talents to records throughout the 1960s by such disparate artists as the Byrds, Jan & Dean, Ray Charles, Gary Lewis & the Playboys, the Beach Boys, and Glen Campbell, among many others. Russell would later hook up with guitarist Marc Benno, a fellow studio pro, as part of the two-man band the Asylum Choir, which released its debut album, Look Inside the Asylum Choir, in 1968.

It was an auspicious, if tentative debut for the future rock ‘n’ roll legend, with the two musicians sharing production duties and tag-teaming the instrumentation and songwriting on a set that blended psychedelic rock (only then becoming passé) with scraps of pop, blues, soul, and whatever else they could mix in the bowl. With Russell handling vocals, piano, guitar, and drums and Benno adding guitar, bass, and vocals, the pair delivered a fine, if overlooked album which displays their musical curiosity while still flirting with a (barely) commercial sound. As such, you get songs like the Sgt. Pepper’s-era Beatles (“Icicle Star Tree”), Big Band-styled psych-soul (“Death of the Flowers”), noirish exotica (“Episode Containing 3 Songs”), or frenetic ragtime (“Black Sheep Boogaloo”), all carefully-crafted and sporting a glossy studio sheen.

Look Inside the Asylum Choir refused to find an audience in spite of the album’s widespread critical acclaim, which didn’t deter Russell and Benno from taking another shot a year later. They called in some friends to help record Asylum Choir II, including talented guitarist Jesse Ed Davis and bassist Carl Radle. Scheduled for 1969 release by Russell’s own Shelter Records label, legal problems delayed Asylum Choir II until 1971, by which time Russell had begun to establish himself as a solo star, helping push the album to #70 on the Billboard chart. Russell hopscotched through Delaney & Bonnie & Friends on his way to a role as bandleader for Joe Cocker’s momentous 1970 Mad Dogs and Englishmen tour and then onto a modestly-successful solo career.

Benno didn’t do too shabby for himself either, establishing himself as a blues-rock solo artist and songwriter with better than a dozen studio LPs to his credit. Benno continued to dabble in session work as well, contributing guitar tracks to the Doors L.A. Woman album and recording with artists like Rita Coolidge, Eric Clapton, and Stevie Ray Vaughan. (Smash Records, 1968)