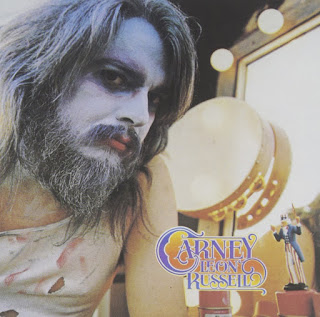 Rock ‘n’ roll legend Leon Russell began his career as an in-demand session musician, playing on albums by artists like Jan & Dean, the Beach Boys, and Dick Dale as part of the Wrecking Crew conglomerate of L.A. studio professionals. After recording a pair of albums with guitarist Marc Benno as Asylum Choir, Russell put in time on the road with Delaney & Bonnie and Friends (where he met George Harrison and Eric Clapton) and, following Joe Cocker’s Top 20 chart success with Russell’s song “Delta Lady,” as the musical director for Cocker’s 1970 Mad Dogs and Englishmen tour.

Somewhere in between all this activity, Russell found the time to record his self-titled 1970 solo debut which, although peaking at #60 on the Billboard album chart, would yield one of the songwriter’s most enduring compositions in “A Song For You.” Recorded through the years by artists as diverse as the Carpenters, Ray Charles, Cher, Willie Nelson, Aretha Franklin, and the Temptations, among a couple hundred others, “A Song For You” would be inducted into the Grammy™ Hall of Fame in 2018. Russell would follow up his debut a year later with the Top 20 charting LP Leon Russell & the Shelter People, which featured both original songs and covers of tunes by George Harrison and Bob Dylan. Carney, Russell’s third album, was released in June 1972 to much anticipation from the artist’s growing fan base.

The album did not disappoint, the original slate of songs displaying Russell’s trademark quirkiness and musically adventuresome spirit. Nowhere is Russell’s free spirit more apparent than on the delightful “Tight Rope,” the album’s hit single (#11) and an unlikely radio hit that featured syncopated rhythms, staggered vocals, and a minimalist soundtrack on what is a metaphor for life lived in the spotlight. “Out In the Woods” offers up a swamp-blues vibe with double-tracked Russell vocals (effectively singing parallel to himself) and an overall rootsy vibe while “Cajun Love Song” moves out of the bayou and onto Bourbon Street with an infectious melody and mesmerizing vocal patois. “Roller Derby” offers a similar up-tempo New Orleans R&B sound with soulful vocals, honky-tonk piano, and breathless backing vocals.

Many critics, both at the time and more recently in reappraising Carney, have dismissed the second side of the album as too psychedelically-influenced which, honestly, would have been terribly out-of-date by ’72. Other than the second-side-opening, instrumental flight-of-fancy that is the title track, or maybe the meandering and pointless “Acid Annapolis,” much of side two of Carney is just as finely-crafted and imaginative as the flip side. “If the Shoe Fits” is a rollicking, mid-tempo romp with plenty of rowdy juke-joint piano-pounding while “This Masquerade,” which would become a Top 10 chart hit a few years later when recorded by jazz guitarist George Benson, is an ambient jazz-soul ballad with crooned lyrics and elegant fretwork. Album closer “Magic Mirror” is a blue-hued ballad with muted keyboards and haunted vocals.

Carney would become Russell’s most commercially-successful album, peaking at #2 on the Billboard album chart on its way to Gold™ Record status for better than a half-million hubcaps sold. Russell would continue to enjoy sporadic success through the years with albums like 1974’s Stop All That Jazz and the following year’s Will O’ the Wisp; several albums of country music recorded under his ‘Hank Wilson’ alter-ego; and collaborations with artists like Willie Nelson and Elton John. Russell’s eclectic musical tastes, along with his unbridled imagination and ability to span genres from rock, blues, and folk to country, R&B, and Gospel made the singer/songwriter one of the classic rock era’s most original and intriguing talents. (Shelter Records, 1972)