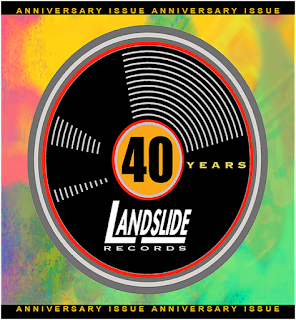 It’s a tough road for any independent record label these days, which makes it all the more impressive when one beats the odds and makes a go of it in spite of the obstacles and trials inherent in recording and releasing music for a dwindling audience of record buyers. Landslide Records was founded in Atlanta, Georgia in 1981 by Matthew Rothschild at the urging of his friend Col. Bruce Hampton, who told him that “we would all be riding around in limousines.” Rothschild launched the label and released as his first title Outside Looking Out by Hampton and his band the Late Bronze Age. According to an article in the Atlanta Journal-Constitution, positive early reviews raised expectations for the album which, Rothschild later confessed, “probably sold two copies in every state.”

Considering that Hampton was the evil genius behind the Hampton Grease Band, whose surreal 1971 experimental jazz-rock album Music To Eat was reportedly one of the worst-selling releases in the history of Columbia Records, Rothschild should have thought twice before taking his musician friend’s advice. Luckily, he forged right ahead with Landslide Records and, undaunted by the lack of success with Outside Looking Out, would move forward with a singular vision and great taste in music to make Landslide Records into the champion of American music. Four decades after their first album release, the label is celebrating its 40th anniversary with the release of a two-disc compilation featuring some of the best artists and music from across its storied history. 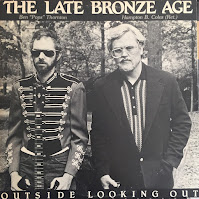 The first disc of Landslide Records 40th Anniversary opens with bluesman Tinsley Ellis’s incendiary “Drivin’ Woman,” a swingin’ little sucker from 1986 that fuses Southern grit and Chicago-styled urban sophistication into a rompin’, stompin’ musical thrill ride. Ellis’s flamethrower guitar licks and gruff, whiskey-soaked vocals are matched by the gleeful sound of Dave Cotton’s bleating sax and a rock solid rhythmic foundation. It’s a great way to pull the listener in, followed by the equally charming “Phone Don’t Ring” by the Bluesbusters. A veritable roots ‘n’ blues supergroup, the band features the talents of Little Feat’s Paul Barrere, Catfish Hodge (a longtime fave of mine), and Terry ‘T’ Lavitz of the Dixie Dregs. A bluesy, soulful tune featuring Barrere’s underrated vocals and Hodge’s distinctive fretwork, it’s another treasure from the mid-‘80s.

Both of the aforementioned outfits feature on another pair of songs dating earlier, from 1983, with Ellis and his band the Heartfixers kicking out the jams with a little help from singer/harmonica player ‘Chicago Bob’ Nelson. Covering the Chicago blues classic “Walking Thru the Park,” Ellis and the Heartfixers rock ‘n’ roll like a trailer park in a typhoon. The Bluesbusters’ romp through Hodge’s “Elmo’s Blues” features the Detroit bluesman on the microphone while Barrere tears up the strings. Much of the rest of the first disc follows a similar vein, offering choice cuts by folks like legendary juke-joint pianist Piano Red; guitarist Damon Fowler and his blues-infused Southern rock sound; and Mike Mattison’s sorely overlooked roots-rock outfit Scrapomatic, which combines Delta blues with Southern-fried soul, and even a bit of funky New Orleans in creating a unique and exhilarating sound. 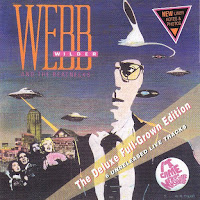 The late Tom Gray’s beloved band Delta Moon is represented by “Coolest Fools,” a languid rocker with deep blues roots and a pop-rock heart fueled by Gray’s and Mark Johnson’s stellar guitar playing. Late blues guitarist Sean Costello is remembered with a live take of “Motor Head Baby,” the on-stage setting a perfect showcase for the underrated fretburner’s immense talents. Nashville’s own Webb Wilder has recorded several albums for Landslide over 40 years, and his “Dance For Daddy” offers up the sort of livewire roots-rock and twang that had built the great man’s legend. Nappy Brown is an underrated R&B vocalist in a field dominated by great singers, and his performance of “Hard Luck Blues,” backed by Ellis and the Heartfixers, is a thing of pure joy.

Disc two of Landslide Records 40th Anniversary offers a more eclectic mix of styles, ranging from the improvised jazz vibes of David Earle Johnson and the jazzy fretwork of a young Derek Trucks to Widespread Panic’s modernized Southern rock sound and Col. Bruce Hampton’s eclectic, and electrifying avant-garde noisemaking with his band the Late Stone Age. One of the earliest tracks on the set is from Tom Gray’s band the Brains, their rare 1982 track “Dancing Under Streetlights” the perfect fusion of synth-pop and guitar rock. Scrapomatic frontman Mike Mattison’s solo effort “Midnight In Harlem” is a wonderful old-school soul ballad with gorgeous instrumentation while his band’s “Night Trains” is a greasy slab o’ funk with plenty of Paul Olsen’s imaginative guitarplay.

Webb Wilder checks back in with the spry “The Nail Right On the Head,” featuring his infectious vocals, a strong melody, and the talented George Bradfute’s six string skills while Jan Smith’s upbeat “Woman Your Guitar” is a charming blend of country and rock, Smith’s lofty vocals and nimble fretwork backed by an all-star band that includes guitarist Johnny Hiland and bassist Byron House. Curlew’s “Panther Burn” is a slice of avant-garde jazz by a little-known band that nevertheless can boast of a roster that includes saxophonist George Cartright, bassist Bill Laswell, and guitarist Nicky Scopelitis. Americana artist Gary Bennett delivers an upbeat honky-tonk rave-up with “Human Condition,” featuring guitarist Kenny Vaughan, pedal steel maestro Lloyd Green, and Marty Stuart on mandolin. There’s plenty of other fine music to be heard across the two discs, including tracks from talented folks like Jim Quick, the Cigar Store Indians, Geoff Achison, the Lost Continentals, Paul McCandless, and probably a few that I’ve forgotten.

If you know nothing about the Landslide Records label, this budget-priced anniversary set offers plenty of reasons to discover why the plucky lil’ indie imprint has successfully carried the torch for authentic American music for four decades now. There are plenty of gems to be found among the 33 songs on the two discs, which provide over two hours of consistently enjoyable listening and, if you’re intrigued by an artist or three, you can dig into their individual catalogs with reckless abandon. Yes, it’s a celebration of 40 years of great music – a milestone by any standard, but Landslide Records 40th Anniversary set is also a great introduction to a label (and artists) worth your time to hear. Grade: A (Landslide Records, released October 29th, 2021)