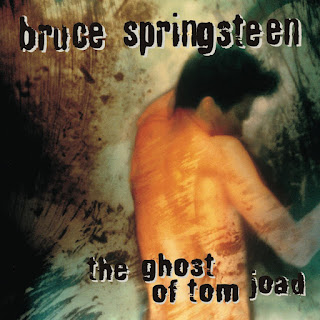 Rock ‘n’ roll has long been the voice of the working man and woman. From the R&B rave-ups of Chuck Berry to John Fogerty’s finely-drawn songs to the Motor City anthems of Bob Seger and beyond, the music has reflected the blue collar worker in a way that even country and the blues has been unable. It has expressed the joy, the fears and the passions of the average American, and although it’s largely too “untrendy” these days to hit the hype-driven sales charts, ‘blue collar rock’ is still alive and well, a thriving milieu for a diverse breed of poets and prophets.


During the 1980s, Bruce Springsteen became the predominate voice of the working class, with rocking anthems like “Born In the U.S.A.” or the more introspective “My Hometown” championing the average man and woman and their cause. It was during this period of time that he experienced his greatest commercial success as an artist, and it was during this time that he began the process of political self-awareness that would eventually lead to The Ghost of Tom Joad. Touring the country endlessly during mid-decade, Springsteen began to get involved with “causes,” performing benefit shows for various organizations and donating some of his hard-earned, if newly found wealth to food banks and funds for laid-off workers (which is when he first crossed paths with Joe Grushecky).

The more politically-oriented of us among his fan base have waited for Springsteen to cut loose with a more radical lyrical perspective for years. With The Ghost of Tom Joad, Springsteen has made that artistic statement, phrasing it in the language of folk artists like Woody Guthrie and backing it with a sparse, minimal acoustic soundtrack that emphasizes the lyrics and creates an atmosphere as dark and desolate as the songs themselves often are. The last relic of a musical age almost a decade gone, Springsteen reinvents himself with this album, in a way that even his folksy Nebraska couldn’t. The album’s format as radical as the statement it makes. Nearly fifteen years into the ongoing destruction of the great American middle class, The Ghost of Tom Joad describes what we’ve lost in terms stronger and sadder than any artist of Springsteen’s stature ever has.

Springsteen has been moving in this direction for quite some time, if articles and interviews are to be believed. It was his chance discovery of the wonderful 1985 book Journey To Nowhere by writer Dale Maharidge and photographer Michael Williamson, however, that inspired Springsteen to create The Ghost of Tom Joad. A collection of stark, ultra-realistic images from America’s growing underclass, matched by Maharidge’s terse prose, Journey To Nowhere is an excellent and damning documentation of the Reagan legacy. The Ghost of Tom Joad strives to become the aural version of the book, and does a fine job of it, Springsteen’s tightly-wound and desolate tales of life in the new world presenting a disturbing vision of the America of the ‘90s.


Vivid imagery abounds in every song, Springsteen outdoing even his usual high standards. Referring to his early material, where the road was a metaphor for escape and fraught with endless possibility, these days it’s just another dead end. “The highway is alive tonight/But nobody’s kiddin’ nobody about where it goes....” sings Springsteen on the title cut, the song a lyrical portrait of the dispossessed. “Hot soup on a campfire under the bridge/shelter line stretchin’ ‘round the corner/welcome to the new world order/families sleepin’ in their cars in the Southwest/no home no job no peace no rest.”

The subject matter of The Ghost of Tom Joad is diverse and all-inclusive, its characters brilliantly portrayed, from the ex-con desperately trying to stay true in the face of temptation on “Straight Time” to the border patrol officer questioning his life in “The Line.” From the homeless to the haunted, the hustlers looking for a quick buck or the forlorn lover, The Ghost of Tom Joad relates their story. Perhaps the most moving moment is with “Youngstown,” the story of a lost steel mill town.

The song’s protagonist, a mill worker, sees his life slipping through his hands, the company he once slaved for, working the furnaces, tossing aside loyalty in favor of  profit. He struggles against fate, the song’s true ending unexpressed. Some may question Springsteen’s ability to relate to this subject matter, a self-made millionaire years separated from his hungry days. Springsteen’s talent has always been in the telling, however, and the impact that these stories have on the listener is equal to the force that the disturbing truth has had on the writer. These are heartfelt songs, masterfully rendered and every bit as sincere and real as any street poet or rapper.


Springsteen is shunned by a young audience as irrelevant, an artist of their parent’s generation that has little to say to them. They’ve latched onto sad clowns like Marilyn Manson, Smashing Pumpkins, or Nine Inch Nails, popular and entertaining performers who nonetheless don’t possess a wisp of Springsteen’s talent and ability. The angst of the younger generation may be appealing, generating brief careers and a few oddly interesting creative moments; Springsteen’s talent as a artistic mirror reflecting society has been unmatched since Dylan’s early days and is every bit as vital and necessary today as it ever has been. (Columbia Records, released November 21st, 1995)

Buy the CD on Amazon: Bruce Springsteen’s The Ghost of Tom Joad