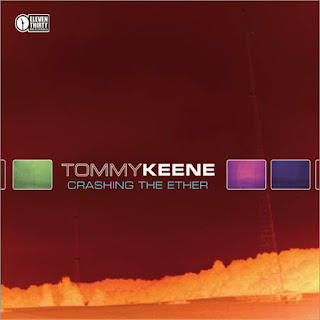 The Lost Highway is littered with the corpses of long-forgotten rock ‘n’ roll heroes and never-meant-to-bes. Among those hit the worst by the shrapnel of the great alt-rock explosion of the century’s last decade were the pop-rock troubadours that roamed the vinyl landscapes of the ‘80s like royalty in their own critically acclaimed kingdoms. Tragically, artists like Marshall Crenshaw, Matthew Sweet, Ben Vaughn and the subject at hand, Tommy Keene, were reduced to rags by the end of the century, begging for scraps of bread and record deals while lesser-talented but more photogenic musicians climbed aboard the “modern rock” merry-go-round. It’s a story at least as old as Emmit Rhodes, or maybe Michael Fennelly, but what are ya gonna do? You can’t fight city hall or, in this case, the major labels.

Tommy Keene’s tenth solo release in a double-dozen years finds the singer/songwriter still tilting at windmills in a war we lost a long time ago. Regardless, Crashing the Ether should be required listening for fans of the genre, i.e. music made for the brain with pop smarts, rock ‘n’ roll brawn and lots of spiffy six-string work. Keene’s lyrics have seldom been more focused, his melodies more infectious, or his guitar playing more devastating. Keene’s radio-friendly hooks and undeniable sense of pop-rock history are framed by warm vocals and thick instrumentation.

Recorded in his home studio with no empty suits looking over his shoulder and interfering with a creative process they know nothing about, Keene took his time to construct some of the best work of his lengthy cult-fave career. Songs like “Warren In The ‘60s,” “Eyes of Youth” and “Alta Loma” simply shimmer and shake, possessed by an undiluted rock ‘n’ roll spirit. There’s nary a cut here that wouldn’t sound great blasting out of your car stereo, or maybe your iPod earbuds, so put down that trendy new indie rock band-of-the-week and dig up a copy of Crashing the Ether. It’s well worth your time and the effort to do so... (Eleven Thirty Records, released January 30th, 2007)

Buy the CD from Amazon.com: Tommy Keene’s Crashing the Ether