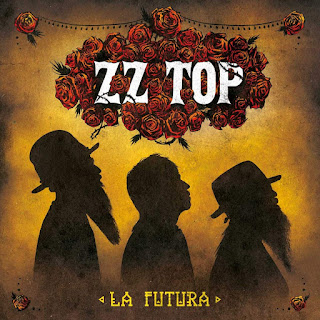 Over the past decade, ZZ Top – that little ol’ band from Texas – has largely relied on their electrifying live show to push their career forward as it enters into its fifth decade. The trio of guitarist Billy Gibbons, bassist Dusty Hill, and drummer Frank Beard has been together since the beginning and the band’s 1970 debut album, a raucous amalgam of blues and rock that took both genres into new territory. They would build on that sound with subsequent landmark releases like Rio Grande Mud and Tres Hombres, reaching their commercial peak with 1983’s Eliminator.

The band has been absent from the studio for much of the 2000s, though, ZZ Top’s last studio album also the fourth release under a reported $35 million deal with RCA Records. When 2003’s Mescalero met with diminished commercial returns, however, the band was left in the hinterlands without a label deal, and save for a couple of well-received live releases – including Live In Germany 1980 – ZZ Top has done much of their talking from the stage. Changes were afoot, however, and around 2008 the band broke with long-time manager Bill Ham and signed with producer Rick Rubin’s American Recordings, the result being La Futura, the band’s first studio effort in over nine years.


Four years in the making, La Futura takes ZZ Top recklessly into the future while unashamedly drawing upon the band’s storied past. Gibbons and gang delve into a bit of what Chris Thomas King calls the “21st century hip-hop blues” for the album-opening “I Gotsta Get Paid.” The song is based on a 1990s track by Houston rapper DJ DMD (“Lighters”), and the ZZ crew dirty it up a bit with some Rio Grande mud, drawing out the groove to a monolithic drone while Gibbons’ guitar screams and stutters like James Blood Ulmer’s Harmolodic blues. More of a greasy Texas blues-rock vamp than anything remotely hip-hop, it’s an interesting and edgy direction for the aging greybeards in ZZ Top. By comparison, “Chartreuse” is a mid-tempo boogie-blues tune firmly in the band’s wheelhouse, a rolling, rollicking beat punctuated by Gibbons’ fuzzy, frenetic guitarplay.

La Futura also takes ZZ Top onto new musical turf with the emotionally-raw and darkly elegant ballad “Over You.” Co-written with roots ‘n’ blues musician and songwriter Tom Hambridge, “Over You” is a slow-paced, smoldering, and heartfelt ode that levels Gibbons’ rough-throated, heartbroken vocals over a swelling crescendo of sound. His fretwork here evokes the best of every blues guitarist that comes to mind, but especially Albert King for its raw strength, and Otis Rush for its understated beauty. Gibbons’ shaky, slightly distorted tone adds to the mournful resonance of his solos. Revisiting the twelve-bar blues of their youth, “Heartache In Blue” is a torrid, mid-tempo rocker with Hound Dog Taylor roots, Gibbons’ torn ‘n’ frayed vocals complimented by rolling blasts from James Harman’s harmonica and his own switchblade guitar notes.


Another Hambridge co-write, “I Don’t Want To Lose, Lose You,” treads similar lyrical ground, but with a bigger, bolder sound, the double-tracked machine-gun guitars reminding of the band’s Tres Hombres era, Gibbons’ blustery vocals backed by a choogling rhythm (think “Beer Drinkers & Hell Raisers” on steroids) and sonic blasts of razor-sharp guitar licks. “Flyin’ High” sounds more like the Eliminator ‘80s, but with less emphasis on synthesizer hum, the song copping a melody from a vaguely-remembered minor hit of the era and embroidering it with classic rock chops – soaring guitarplay, riffs that circle back around on you, a mean-as-hell backbeat, and a heavy bass line.

The trio visits Nashville for a cover of country-folk duo David Rawlings and Gillian Welch’s “It’s Too Easy Manana.” Much as they did with the aforementioned rap song, ZZ slaps layers of bluesy grime and grit onto the song like cheap paint at Earl Scheib. Slowing down the pace to a dinosaur plod, texture is provided by Gibbons’ electronically-enhanced guitar sound, a big drum blast, and world-weary vocals. It’s a great performance that bears repeated listens. Ditto for “Big Shiny Nine,” possibly the best…or at least the most fun…song on La Futura, a blues-rock romp from the 1970s with flamethrower guitar and driving rhythms. Gibbons’ guttural, growling vocals (think Howlin’ Wolf with a cold) are matched only by his jagged git solos and the song’s fluid groove. Down ‘n’ dirty in the pocket for “Have A Little Mercy,” the band closes with another throwback to the early ‘70s, the song bringing to mind “Waitin’ For The Bus” but with a slightly-funky, slow-boiling groove and shards of deep-cutting, raw-boned guitar.


Bringing a fresh perspective into the studio in the form of producer Rick Rubin – the first person not named “Gibbons” or “Ham” to sit in that chair since 1970 – has paid off in spades for ZZ Top, the band delivering its most inspired work since 1983’s Eliminator, and possibly its most blues-oriented album since Tres Hombres, nearly 40 years ago. The band has never strayed far from its Texas blues roots, but the synthesizer overkill that characterized its chart-topping tunes of the 1980s has been dialed back to a mild buzz, allowing Billy Gibbons’ joyful guitar playing to dominate the performances and lead the band back into the blues-rock spotlight. (American Recordings, released September 11, 2012)