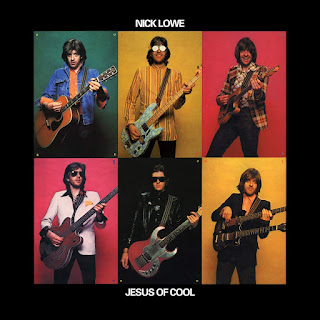 Nick Lowe has been making great music for so long that we often take him for granted. Over a career that has spanned nearly forty years, Lowe has released around a dozen albums of consistently entertaining and adventurous songs that venture into sounds of pop, rock, country, and all things in between.

As member of early ‘70s pub-rock pioneers Brinsley Schwarz, Nick Lowe earned a reputation as a snappy songwriter with a skill for turning a phrase. The band’s roots-rock sound never caught on far beyond the streets of London and Camden Town, however, and Brinsley Schwarz broke up in 1975 after recording five now highly-collectible albums. The independent spirit of Brinsley Schwarz, combined with the band’s part in convincing British pubs to feature live music, paved the way for the back-to-the-basics movement of punk rock and helped spawn the legendary class of ‘77 that included the Damned, the Clash, and the Sex Pistols.


Lowe had a direct hand in shaping both punk and new wave, working for Stiff Records as a producer on important and influential records from talents like Graham Parker, Wreckless Eric, Elvis Costello, the Pretenders, and the Damned. During this post-Brinsley period, Lowe also toured the U.S. as part of Dave Edmunds’ band, opening for Bad Company. Lowe released an initial single – “So It Goes” – on Stiff in 1976, and would subsequently launch his solo career in earnest in 1978 with the release of Jesus of Cool, a whip-smart collection of pop-rock gems that welded contagious melodies with Lowe’s often-demented lyrical tales.

Because the album’s original British title was considered too “edgy” and controversial for the United States, Lowe’s debut album was released stateside under the wonderfully descriptive title Pure Pop For Now People with different sequencing and songs. Under either title, the album won no little amount of critical acclaim. Although it has sadly been out-of-print for better than a decade, this situation has recently been remedied by Yep Roc Records. The label has reissued Jesus of Cool in a 30th anniversary edition with its original schizo cover art and track sequencing, with a wealth of bonus material and a swanky package that includes a nifty annotated booklet with liner notes and lots of photos. The entire package folds out into a cool stained-glass cross-type thingie in keeping with the whole “Nick Lowe is the Jesus of Cool” theme.

What has made Jesus of Cool a cult favorite for three decades, though, is the undeniably entertaining music contained within. Lowe’s talents aren’t contained by any single pigeonhole, and musically the songs here run the gamut from the hard-edged martial minimalism of the anti-industry “Music For Money” and the twisted ‘50s-styled rock ballad “Little Hitler” to the whimsical casual vandalism of “I Love The Sound of Breaking Glass.”

The swaggering “Shake And Pop” features a Jerry Lee-styled piano-bashing as its musical signature, while the song’s lyrical doppelganger, “They Called It Rock,” is an equally breathless exploration of the rock ‘n’ roll lifestyle, supported this time around by a rollicking rhythm and stabs of Duane Eddy-styled guitarwork. “So It Goes” is a popish new wave roller with an infectious chorus and a bit of vocal gymnastics by the good Mr. Lowe. The finely-crafted power-pop construction and lighthearted vocals of “Marie Provost” barely cover the dark humor of the song’s sordid subject matter. “Nutted By Reality” offers up a funky bass groove and lively rhythm before dropping into an unlikely bit of McCartneyesque pop surrealism. A live version of “Heart of the City” is a driven slab o’ rootsy rock with squirrely guitar, rapidfire vocals, and a perfect bash-and-crash drumbeat.

There are a number of gems thrown in amidst the ten bonus tracks afforded this deluxe edition of Jesus of Cool. The uber-groovy instrumental “Shake That Rat” is a Dick Dale inspired walk on the beach while “I Love My Label” is a delightfully tongue-in-cheek observation of recording industry expectations. The Phil Spectorish “Halfway To Paradise” is an understated, ‘60s-style flight-of-fancy with delicious harmonies and lofty instrumentation. The fan-tastic “Rollers Show” is a fab slice of teen-beat adoration for the Bay City Rollers, delivered with a Britpop beat and a heart of gold. An original take on the classic “Cruel To Be Kind” is faster-but-slighter than that found on Labour of Lust, but no less fetching with its beautiful pop sheen.


Beneath all of the bluster and genius, however, Jesus of Cool is a wonderfully concise collection of songs that evince as much anger and vitriol as anything recorded by new wave’s “angry young men” like Graham Parker and Elvis Costello. Unlike either of those talented artists, however, Lowe – a veteran tunesmith with better than a decade of performing and recording beneath his belt – learned how to mask his venom with a spoonful of sugar. The result is a timeless classic of true rock ‘n’ roll music – intelligent, witty, clever, angry and, most of all...cool! (Yep Roc Records, 2008)

Buy the CD from Amazon.com: Nick Lowe’s Jesus of Cool