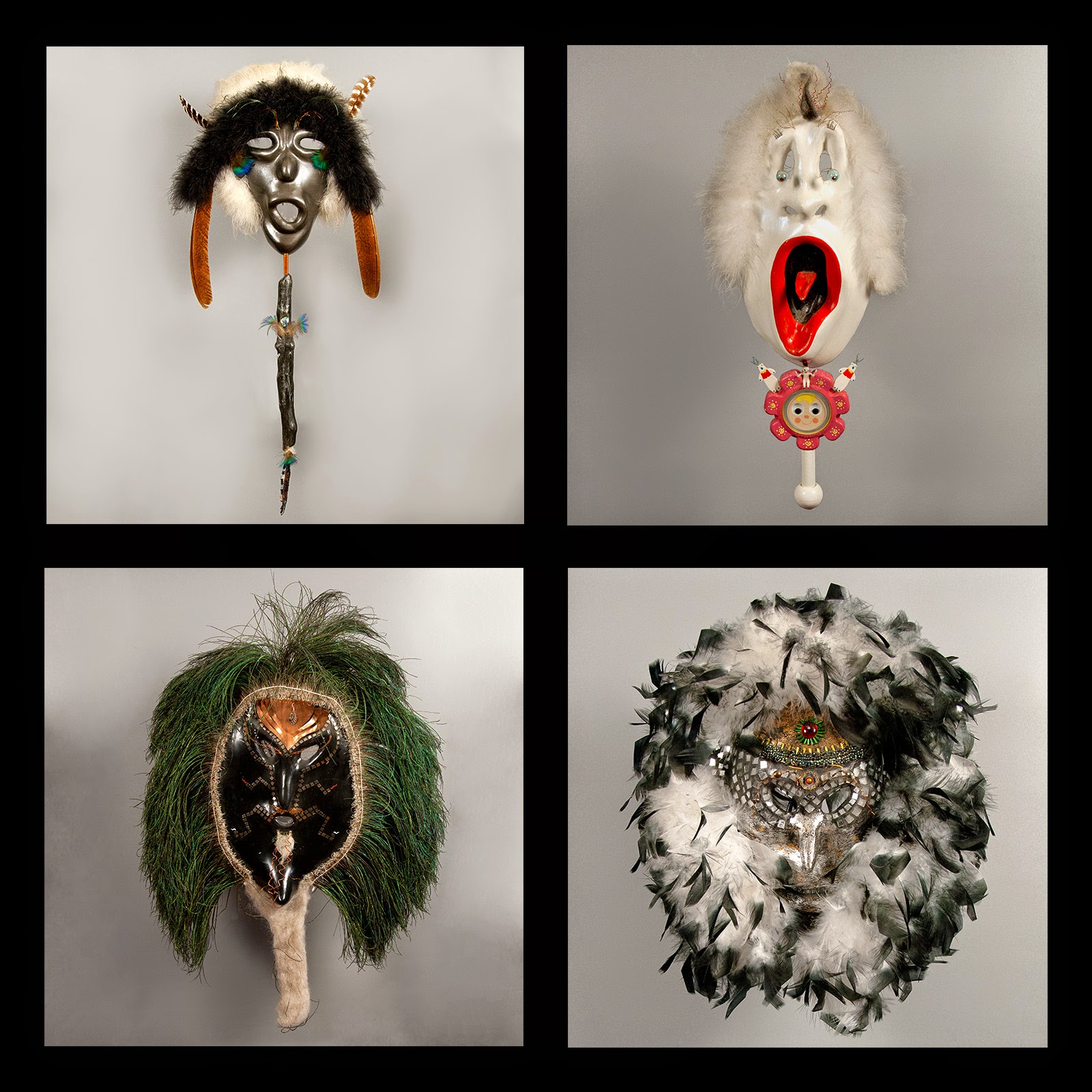 Guitarist Zoot Horn Rollo (a/k/a Bill Harkleroad), who spent years weaving his intricate six-string textures behind mercurial bandleader Captain Beefheart as part of the Magic Band, has released a four digital-only tracks collectively known as The Mask Tracks. This is the first new music from the acclaimed musician since his 2001 CD We Saw A Bozo Under The Sea.

“These four pieces are the musical representation of masks that my friend Roger Evers created,” says Rollo in a press release announcing the new music. “Therefore, the titles are simply the images of these incredible masks.” The guitarist is backed on the four tracks by bassist Mark Schneider, drummer Jason Palmer, accordionist Sergei Telesheve, and trumpeter Brian McWhorter. You buy the digital songs, or just check out samples on Zoot Horn Rollo’s website.

Rollo is well-considered in the music community, ranking above such talents as Eddie Van Halen, Johnny Winter, Mick Ronson, Lightnin’ Hopkins, Danny Gatton, and many others on the Rolling Stone magazine list of “The 100 Greatest Guitarists of All Time.” He joined the Magic Band during its transition as a slightly-skewed blues band to the powerful avant-garde rock ‘n’ roll innovators they would become. Rollo’s guitar can be heard on such Beefheart classics as Trout Mask Replica, Lick My Decals Off Baby, Spotlight Kid, and Clear Spot.

Former Guitar Player magazine Editor In Chief Tom Wheeler is quoted in the press release saying “the music Bill Harkleroad has created in recent years somehow evokes the earthiness and passion that made rock and roll so sensual in, say, 1956, and made surf music so irresistibly catchy in 1963, and turned 3-chord country standards into some of the most heartbreaking poetry ever to seep out of a roadhouse jukebox. His music would never be mistaken for vintage rock or surf or country, but it shares a soul connection with those styles, even while, like the music of Jimi Hendrix, it takes us not only to new places but to places we didn’t even know existed.”