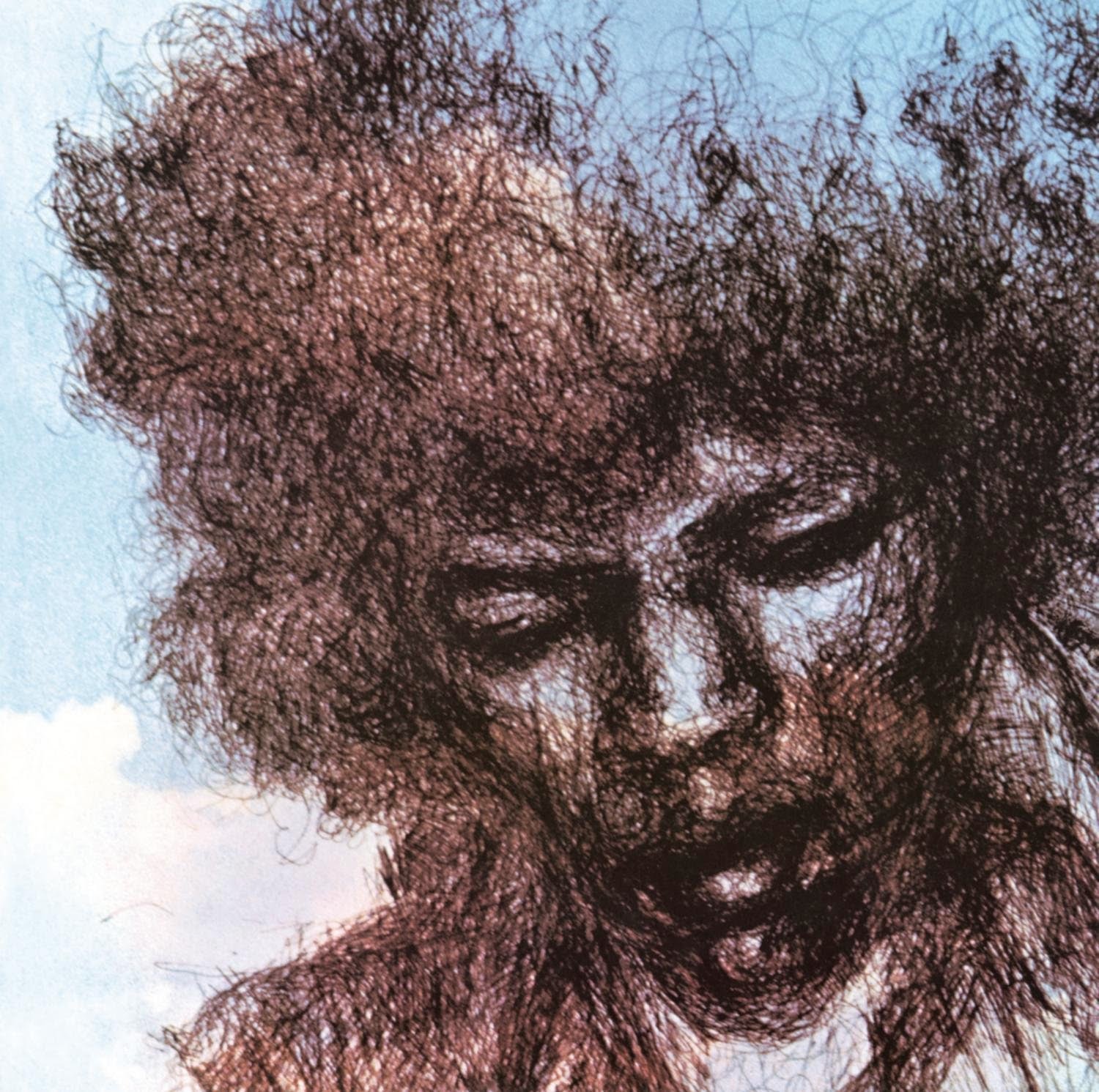 At the time of his death in September 1970, blues-rock guitar legend Jimi Hendrix was reportedly working on a double-album set tentatively titled First Rays of the New Rising Sun. It was planned to be Hendrix’s fourth studio album, and it included musical contributions from the guitarist’s long-time friend and bass player, Billy Cox, and his former Experience bandmate, drummer Mitch Mitchell.

Hendrix’s death scuttled the original project, which was only about halfway done by most reports, but as his record label (Reprise Records) and manager still saw the ability to make a buck off Jimi’s tragic passing, they enlisted Mitchell and longtime Hendrix studio collaborator Eddie Kramer to finish up the tracks. The first batch of studio recordings were released in March 1971 as The Cry of Love, ten brand new original songs; the second batch were released the following October as Rainbow Bridge. On September 16th, 2014 both of these long-lost posthumous Hendrix albums will be released for the first time (technically) on CD by Experience Hendrix and Legacy Recordings.

The Cry of Love was a revelation at the time of its 1971 release, displaying Jimi’s immense talents in a different light on ten original tracks that have since become part of the Hendrix canon. Songs like “Ezy Ryder,” “Freedom,” “Angel,” and “Belly Button Window” feature not only Hendrix’s stellar fretwork as well as the always-welcome talents of Cox and Mitchell but also tracks recorded with former Band of Gypsies bandmate Buddy Miles and Experience bassist Noel Redding, percussionist Juma Sultan, vibraphonist Buzzy Linhart, Stephen Stills, and Steve Winwood. The album was re-mastered for CD by Bernie Grundman from the original analog master tapes. Given the commercial success of The Cry of Love – the album rising to #3 on the U.S. charts and #2 in the U.K. on its way to Platinum™ sales status – a follow-up album was a given. 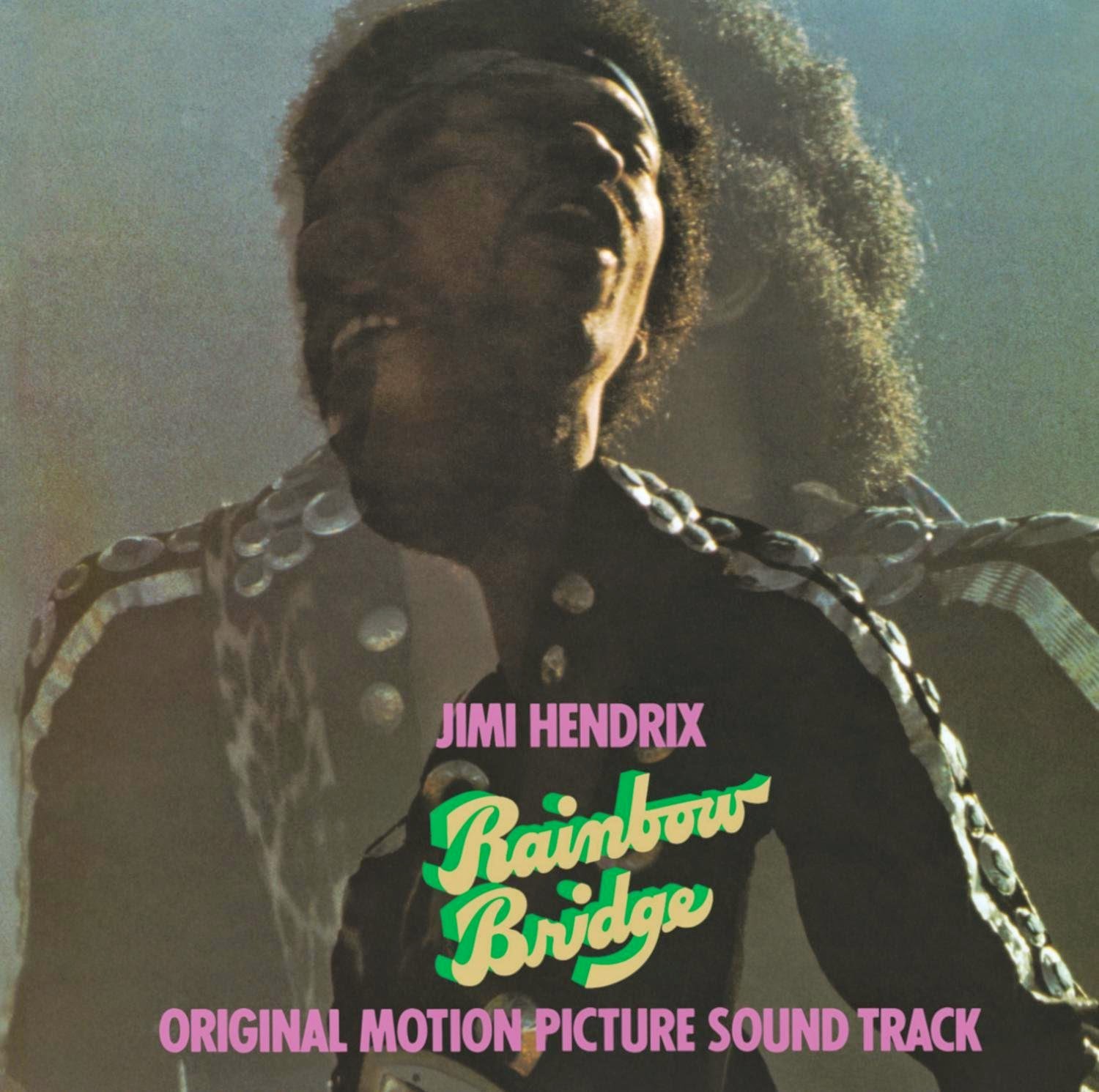 In October 1971, Reprise released Rainbow Bridge. Ostensibly billed as an “original soundtrack album” for the legendary 1970 Jimi Hendrix Experience performance in Hawaii (and resulting 1971 concert film), the Rainbow Bridge LP actually features but one live track – a great eleven-minute version of “Hear My Train A Comin’,” recorded at the Berkeley Community Theatre – the other seven songs are studio versions of songs from the film soundtrack, recorded in 1969 and 1970 and featuring Cox, Mitchell, and Sultan with Redding, and Miles each appearing on tracks. Like its posthumous predecessor, the album would yield several enduring Hendrix classics, including “Dolly Dagger,” “Room Full of Mirrors,” and the studio version of “Star Spangled Banner.” Rainbow Bridge was also produced by Kramer and Mitchell, with help from Electric Lady Studios engineer John Jansen, and re-mastered for CD by Bernie Grundman from the original analog masters.

When I previously stated that The Cry of Love and Rainbow Bridge hadn’t been released on CD, they haven’t been, at least not in their original form. Tracks from the former LP were released as part of the 1995 Voodoo Soup CD and again in 1997 as First Rays of the New Rising Sun. Recordings from the latter LP surfaced on First Rays of the New Rising Sun and on South Saturn Delta. This is the first time that both albums will be reissued on CD as they were on the original vinyl, however, which makes those of us who were big Hendrix fans in 1971 very happy!

Now that we’re getting The Cry of Love and Rainbow Bridge reissues, I have to ask Experience Hendrix – when do we get War Heroes on CD?
Posted by Rev. Keith A. Gordon at Monday, August 11, 2014

Didn't see how else to contact you - I know you helm the Blues pages over on About.com. FYI - Lynwood Slim died last week http://blog.thebluesmag.com/search/lynwood+slim

Thanks for all the good work!