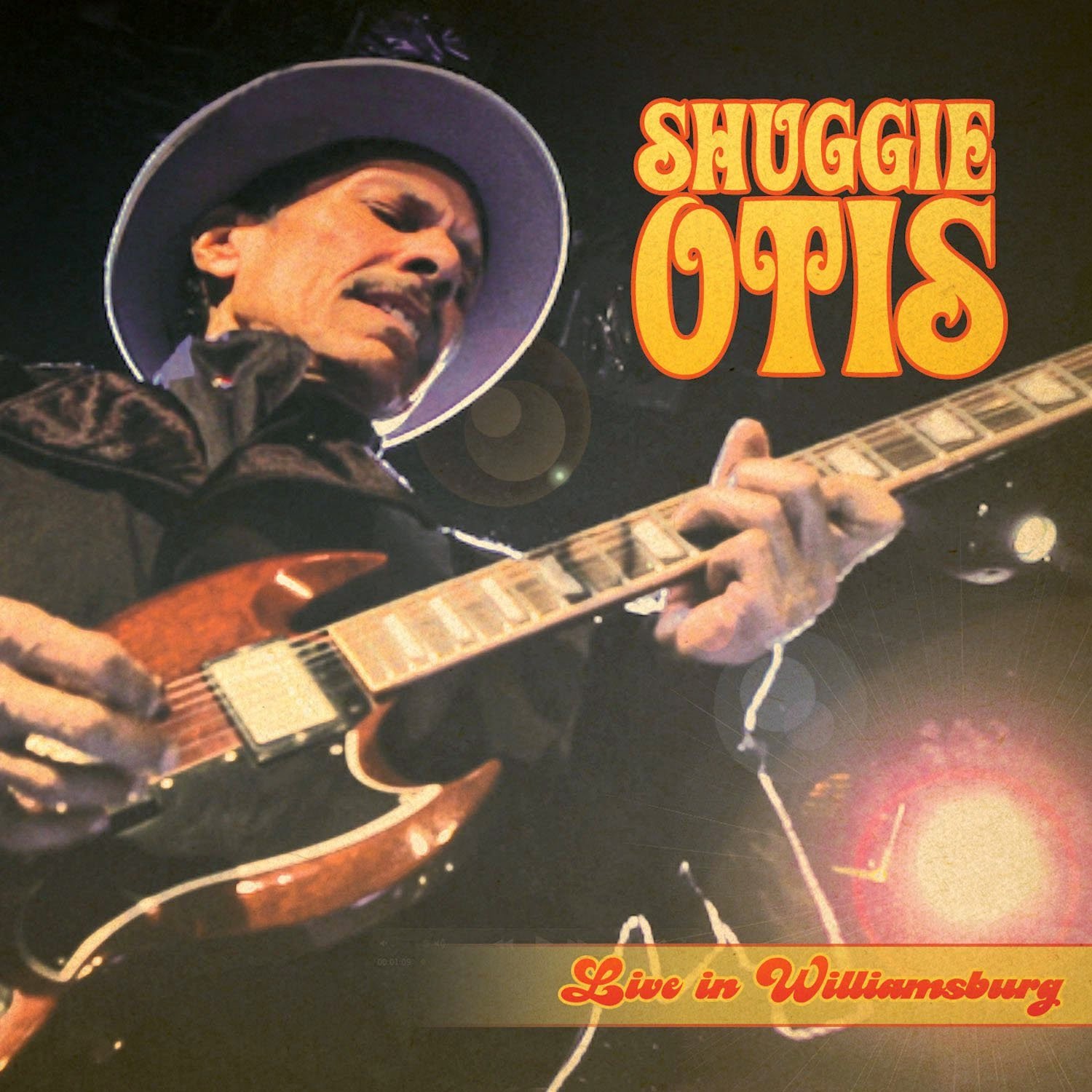 When legendary guitarist Shuggie Otis returned to music last year after a hiatus of better than three decades, he hit the road in support of the deluxe reissue of his Inspiration Information album, which was packaged with a disc of unreleased music he’d been recording through the years titled Wings of Love. The set received nearly unanimous positive reviews and opened the door for the second (third?) chapter in Otis’s lengthy and storied career.

One of the stops on what Otis called the “Never Ending World Domination Tour” was at the Music Hall of Williamsburg in Brooklyn, New York. On October 14th, 2014 Cleopatra Records will release this stunning performance on CD as Live In Williamsburg. A twelve-track collection that features some of Otis’s best-loved songs (“Strawberry Letter 23,” “Inspiration Information,” and “Shuggie’s Boogie” among them), Live In Williamsburg shows that Shuggie has lost none of the enormous talent that once earned him an invitation to join the Rolling Stones as guitarist Mick Taylor’s replacement.

For this 2013 “comeback” tour, Otis was backed by a band that included his son Eric on guitar and his brother Nick on drums. "It was a great feeling having my brother and my two sons playing with me in various parts of the globe last year," says Otis in a press release for the live album. "They have their own music as well, and I love them, and am also very proud of them. It's special to play with them, and it was really important to me to capture one of our performances on record."

Then again, for Shuggie Otis, music has always been a family affair. The son of R&B legend Johnny Otis (“Willie & the Hand Jive,” “Mambo Boogie,” etc), Shuggie began playing guitar at the tender age of 11 years old, performing with his father’s band and playing on recording sessions by greats like Big Joe Turner and T-Bone Walker. "Growing up musically in my father's band was a blessing," says Shuggie. "I was getting my second set of guitar lessons through having to perform on stage." Although he was already a veteran of the West Coast R&B scene by the age of 15, the young Otis was “discovered” by musician and producer Al Kooper, who enlisted Shuggie to play on his acclaimed 1968 album Kooper Session: Al Kooper with Shuggie Otis.

A year later, Otis recorded his solo debut album, Here Comes Shuggie Otis, produced by his father, followed in 1971 by Final Flight, which included his original song “Strawberry Letter 23,” which would later become a major hit for the Brothers Johnson. Otis’s seminal album, Inspiration Information, was released in 1974 when the guitarist was only 21 years old, and has since been cited by artists like David Byrne, Prince, and Lenny Kravitz, among many others, as a major influence on their own music.

Throughout this period, Otis continued to expand and build upon his talents, playing and recording with artists like Frank Zappa, Etta James (one of his father’s many discoveries), Bo Diddley, Billy Preston, and Johnny “Guitar” Watson, among others. After appearing on his father’s 1981 album The New Johnny Otis Show, Shuggie all but disappeared from the frenzied rock music scene. He was still writing and recording music, but he was also raising a family and seemed to be in no hurry to undergo the sort of roadwork necessary to sustain a career in the 1980s and ‘90s.

We’re thrilled that Otis, one of our longtime favorites, has returned to music, and word is that he’ll be touring again in support of Live In Williamsburg. Cleopatra Records also has plans to release the performance on DVD, but until that time, you owe it to yourself to check out one of the most visionary talents of the 1970s either in person, or on Live In Williamsburg. We have the full track list for the album below.

Buy the CD on Amazon.com: Shuggie Otis's Live In Williamsburg