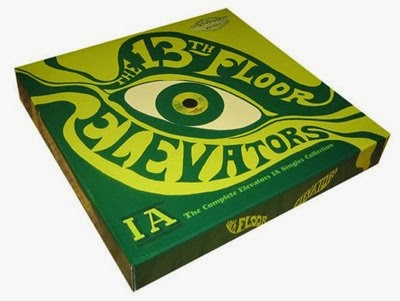 Light In The Attic is dipping its toe deep into the psychedelic waters with the upcoming release of The Complete 13th Floor Elevators IA Singles Collection. Not much ambiguity in that title, really…the box set features eight glorious slabs o’ beautiful 7” black vinyl featuring sixteen essential classic tunes from the band that represents the alpha and omega of psychedelic rock ‘n’ roll. All of these songs were released by the legendary Texas-based International Artists label, and aside from the enduring hit “You’re Gonna Miss Me,” the set also includes the original (and different) version of the song as released by the Spades, the band that came before the Elevators, and a single so rare that it easily fetches a couple thousand simoleons whenever it comes up for sale.

The 13th Floor Elevators were formed in Austin, Texas in 1965 by singer/guitarist Roky Erickson, electric jug player Tommy Hall, and guitarist Stacy Sutherland. The band existed for but a short time – roughly four years from 1965 through ’69 – and released four albums and seven singles for International Artists, More important than the band’s brief tenure and meager recorded output is their role as one of, if not the first psychedelic rock band, lysergic-fringed musical pioneers whose influence touched artists as diverse as ZZ Top, Big Brother & the Holding Company (both with and without Janis Joplin), REM, Television, Zakary Thaks, and many others.

The band’s debut 45, “You’re Gonna Miss Me,” was a re-recording of one of Erickson’s songs with the Spades, the single rising to #55 on the Billboard charts. While they never enjoyed another hit – minor or otherwise – the band nevertheless delivered a pair of classic albums in 1966’s The Psychedelic Sounds of the 13th Floor Elevators and the following year’s Easter Everywhere, recordings that are still finding new listeners and influencing young psychedelic-oriented musicians to this day. While the band’s catalog and live archives have been exploited seven-ways to Sunday, including a ten-disc box set, Sign of the 3-eyed Men, released in 2009, I haven’t seen a collectors-oriented singles box like this.

The eight singles included in The Complete 13th Floor Elevators IA Singles Collection are reproduced exactly like the original 45rpm releases, complete with the big hole in the middle, with only the original catalog numbers missing from the run-out grooves. The full-color box set includes a booklet with details on every single release as well as rare photos, and reproductions of French and German picture sleeves. The vinyl itself was cut by DMM utilizing 24-bit digital masters at Abbey Road studios. Check out the Light In The Attic Records website for more info and to pre-order the box set. 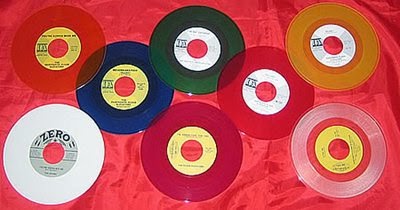