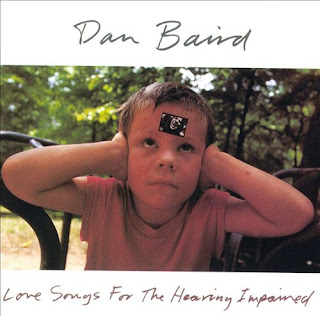 Songwriter and frontman Dan Baird “fired” himself from the Georgia Satellites after their wonderfully complex and darkly emotional third album and struck out on his own. That he should hit the often-traveled trail of the journeyman should certainly come as no surprise. The Satellites were always just a group of inspired journeymen at heart, as loose as a pick-up band in a one night jam session, as tight and cohesive a unit as any well-practiced bar band could be.

Baird’s solo debut draws upon the same influences and inspiration as did his band’s best work – the Stones, Chuck Berry, the Faces; all musical pioneers who defied the expectations of their time and defined an art form. As such, Love Songs for the Hearing Impaired is no-frills, straight-ahead, gut-level, guitar-driven rock ‘n’ roll.

A vastly underrated songwriter in a Woody Guthrie/Hank Williams “keep it simple but convey a lot of thought” vein, Baird has always had a flair for penning both lyrical and musical hooks, and he provides both here in quantity. Tunes like “The One I Am,” “Julie and Lucky,” “Seriously Gone,” and the grammatically-correct “I Love You Period” are meat-and-potatoes tunes for fans who like their rock unpretentious and undiluted. From Baird, no less is expected.
Posted by Rev. Keith A. Gordon at Saturday, February 06, 2016