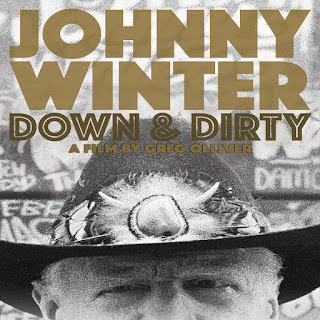 By the time of his death in July 2014, beloved blues-rock guitarist Johnny Winter had forged a career of nearly a half-century that included some three-dozen live and studio albums, and thousands of performances. A Grammy™ Award winner and the first non-African-American to be inducted into the Blues Hall of Fame, Winter was responsible for Chicago blues legend Muddy Waters’ late 1970s career resurgence, the guitarist producing a handful of albums for Waters, including two of his best in 1977’s Hard Again and the following year’s I’m Ready.

In spite of his many career highs, Winter also experienced more than his share of lows, including drug addiction, bad management, and growing up as a thin albino in rough ‘n’ tumble east Texas. Winter’s life and career – warts and all – has been captured by Johnny Winter: Down & Dirty, a feature-length documentary film by Greg Olliver, the acclaimed co-director and producer of Lemmy, a biographical documentary of the late Motorhead frontman Lemmy Kilmister. The film will be released worldwide on March 4th, 2016 on DVD and iTunes by Megaforce, and will feature never-before-seen photos and bonus footage, including Winter’s final studio performance, a haunting solo version of bluesman Son House’s classic “Death Letter,” performed on resonator guitar. 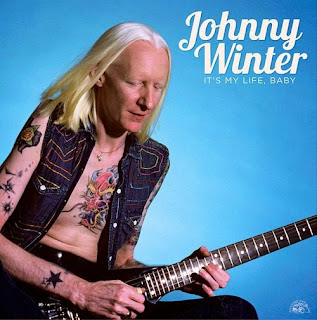 Johnny Winter: Down & Dirty was produced independently through Secret Weapon Films in NYC, Olliver traveling with Winter during the last two years of his life and capturing the making of the guitarist’s Grammy™-winning Step Back album. The film provides an intimate portrait of the legendary bluesman, Winter speaking frankly about his childhood, friendship with Muddy Waters, and his career-threatening addictions to heroin and methadone. Fellow musicians like James Cotton, ZZ Top’s Billy Gibbons, Susan Tedeschi, Derek Trucks, and Aerosmith’s Joe Perry share their memories of Johnny in filmed interviews, as do his brother Edgar, former bandmate Tommy Shannon, and former Columbia Records exec Clive Davis, who signed Winter to the label in 1968.

Johnny Winter was an once-in-a-lifetime talent whose contributions to blues and rock music cannot be overstated, Johnny Winter: Down & Dirty a welcome glimpse into the life and career of a legendary American musician.

How about getting this movie & videos played at The Jefferson Theater in Beaumont, TX ?
They periodically have special events like this and would be a sell-out event a few times over.
Edgar and I are somewhat acquainted on Facebook.
See what he thinks.

PS. I have a few Johnny Winter stories to tell.
I could help if needed.