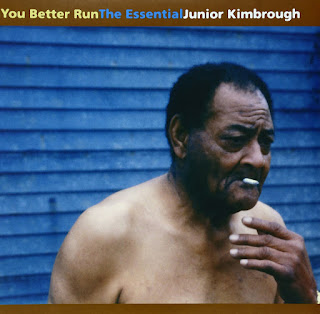 Mississippi – this is where the blues began. Get off Interstate 40 from Nashville to Memphis just short of the Bluff City and go directly south. You'll hit Highway 6 West, which will take you across the North Mississippi Hill Country, where Fred McDowell, R.L. Burnside and Junior Kimbrough lived and toiled and made music. When you hit Highway 61, sneak in behind the casinos in Tunica and make your way to the old highway. This is the road used by hundreds of African-American sharecroppers, many the sons and daughters of slaves, to make their way out of the frying pan of the Delta and into the fire of big cities like St. Louis, Chicago and Detroit in search of a better life. Go south on 61 'til you hit Clarksdale and stop at the crossroads where Robert Johnson sold his soul to the devil. You're in the heartland of the blues, baby, and if the faces of the people you've seen as you drove through this fabled land hasn't brought you an understanding of the blues, then nothing ever will...

Junior Kimbrough was one of the last of the authentic Hill Country bluesmen, as gifted an artist as the state ever shared with the world, and when he died in 1998 at the age of 67, a large piece of blues tradition went with him. Even though he didn't record his first album until 1992, Kimbrough's influence on contemporary blues and rock music is immense and unstated. "Discovered" by critic and blues aficionado Robert Palmer, Kimbrough was featured in Palmer's excellent book and film, Deep Blues. Palmer was responsible for getting Junior's unique sound on tape, producing the bluesman's first two albums for Fat Possum, the tracks recorded mostly at the juke joint that Kimbrough operated in Chulahoma, Mississippi.

You Better Run: The Essential Junior Kimbrough serves as a primer for the uninitiated listener. Collecting material from Kimbrough's first four albums along with odd live tracks and rarities, You Better Run offers an overview of Kimbrough's career and cements his place in the blues hierarchy. Kimbrough's music is deceptively simple, usually beginning with a repetitive riff upon which Junior embroiders his free-flowing lyrics. The Soul Blues Boys – bassist Gary Burnside (son of Junior's contemporary R.L. Burnside) and drummer Kenny Malone (one of Junior's many sons) – react to Kimbrough's improvisations without missing a beat, providing a hard-driving musical tapestry behind Junior's hypnotic performances. Several tracks here include guitarist Kenny Brown, the aggressive axeman adding a further dimension to the material by providing an instrumental counterpoint to Kimbrough's droning six-string.

There are songs on You Better Run that will be studied by blues scholars for generations to come. The tension-filled "All Night Long," the haunting "Sad Days Lonely Nights," and the rambling title track all showcase Kimbrough's skills as a performer, the singer evoking passion, lust, dread and elation with nothing but his voice and guitar (no special effects necessary). "Done Got Old" is the chilling lament of a man facing his own mortality, Kimbrough's voice a plaintive wail above the sparse instrumentation. "Old Black Mattie" is a traditionally styled juke-joint blues, starting hard and rising to a powerful crescendo while "Most Things Haven't Worked Out" is a lengthy and insightful observation on life. Most, if not all of the songs here were captured in one take – Palmer observed that Junior never was one to do a song over again – lending a raw, immediate feel to the material, just like you'd hear it at Junior's juke-joint.

As Rolling Stone editor Anthony DeCurtis states in his excellent liner notes to You Better Run, Kimbrough's blues were "a language that he made up," an entirely original distillation of one-hundred years of Mississippi music, rural culture and poverty. Kimbrough is often compared to his friend, contemporary and sometimes rival R.L. Burnside, but Junior's music has less to do with the Hill Country fife and drum tradition followed by Burnside and more to do with the ghosts of Mississippi bluesmen who came before. Although there are a few artists who evoke the Kimbrough style – Richard Johnston, who fronted the Soul Blues Boys after Junior's death, comes to mind – nobody will ever be able to replace Junior Kimbrough. If you have any interest in the genre at all, You Better Run: The Essential Junior Kimbrough is required listening in the Blues 101 course load.

Buy the CD from Amazon.com: Junior Kimbrough's You Better Run