Finding Joseph I: The HR From Bad Brains Documentary DVD 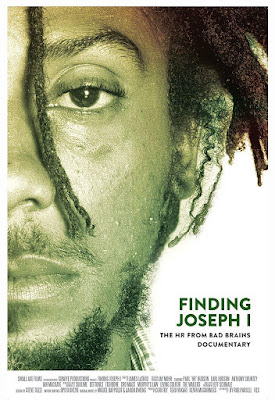 Bad Brains would become one of the most influential bands of the decade of the 1980s, inspiring a generation of hardcore punk bands to follow as well as stylistically-diverse outfits like the Beastie Boys, Sublime, Living Colour, Fishbone, and Faith No More, among many others. On November 3rd, 2017 MVD Visual will release Finding Joseph I: The HR From Bad Brains Documentary on DVD. Representing filmmaker James Lathos’ debut movie, Finding Joseph I chronicles the turbulent life of Bad Brains frontman H.R., offering the in-depth story of the singer’s career with never before seen archival footage and exclusive interviews.

Finding Joseph I provides a complex portrait of a unique artist, interviews with H.R. featuring the singer discussing his life, career, and spiritual philosophy. Exclusive interviews with Earl Hudson, Ras Michael, and Ian MacKaye (Fugazi) as well as members of Sublime, the Deftones, Fishbone, the Wailers, Living Colour, and others round out the story; the film also features original music from Miguel Happoldt (Long Beach Dub All Stars), and Aaron Owens (Hepcat). The film itself was inspired by the 2016 book Finding Joseph I: An Oral History of HR From Bad Brains, which was written by Lathos and Howie Abrams. Check out the trailer below and use the Amazon.com link to order the DVD.

Buy the DVD from Amazon.com: Finding Joseph I: The HR From Bad Brains Documentary