The nominees were chosen a month or so ago, but today is election day across the U.S.A. so after you’ve gone and do your civic duty, log onto the Rock & Roll Hall of Fame website and register to vote for your favorite artists to be inducted into the “mistake on the lake.” Fan voting doesn’t ensure that an artist gets honored, but it seems to reflect the zeitgeist of the HoF insiders.

I voted for the five artists listed below, each with a brief reason why I picked the Zombies, MC5, John Prine, Roxy Music, and Todd Rundgren for my ballot. Other artists included on this year’s HoF slate include Stevie Nicks, Def Leppard, the Cure, Rage Against the Machine, Kraftwerk, Devo, and Radiohead as well as non-rock oriented artists like Rufus featuring Chaka Khan, Janet Jackson, and LL Cool J.

The Rev is only going to bang his head against this wall one more time – it’s either the Rock & Roll Hall of Fame or it’s not, and pop and R&B artists like Jackson, Rufus, and rapper LL Cool J shouldn’t be inducted unless it’s really a “pop culture” HoF, in which case they should change the damn name of the institution. Right now Def Leppard and Stevie Nicks lead the fan voting, with Todd Rundgren (surprisingly) in third place. Sadly, the most influential of all these artists, Detroit’s MC5, are currently in last place in fan voting. I’m gonna predict that Nicks, Def Leppard, Radiohead, the Zombies, and Rundgren get the nod tho’ Jackson and Rufus are outside choices. 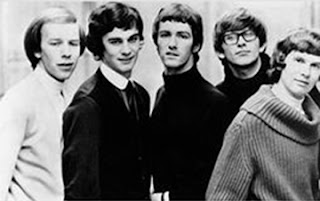 The Zombies
They’ve received three previous nominations so if they don’t get in this year I don’t think that they ever will. The influential British band is an overlooked British Invasion participant that scored Top 10 charting hit singles in the U.S. and the U.K. with songs like “She’s Not There,” “Tell Her No,” and “Time of the Season.” Their 1968 album Odessey and Oracle is widely considered a classic of 1960s rock and their influence can be heard in the music of followers like Game Theory, XTC, and even fellow nominee Todd Rundgren. 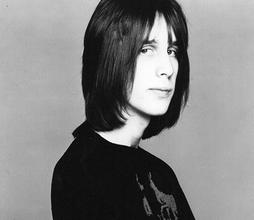 Todd Rundgren
Singer, songwriter, and multi-instrumentalist Todd Rundgren is a bona fide music genius but while he’s been eligible for Hall of Fame induction for nearly a quarter-century, this is his first nomination. Todd isn’t the most commercially successful nominee on this list, but he’s undeniably one of the most influential, and over the past 50 years he’s released almost two-dozen studio and live albums, pioneered the use of video in music, and was one of the first to incorporate computers into his work to create interactive multimedia…and that’s just as a solo artist. His work with the prog/electronic/pop outfit Utopia has been widely acclaimed, and Rundgren is also an acclaimed producer who has helmed albums by artists as diverse as XTC, Badfinger, Grand Funk Railroad, Meatloaf, and the New York Dolls, among others. He’s earned his spot… 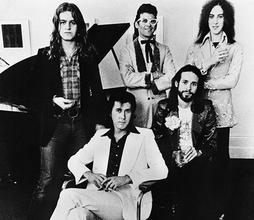 Roxy Music
The 1970s-era “glam-rock” outfit Roxy Music is another first-time HoF nominee and they should be inducted immediately, if only for giving the world Bryan Ferry, Phil Manzanera, and Brian Eno. They were big stars in their British homeland, less so in the states, but their eight studio albums circa 1972 to 1982 would become a major influence on “new wave” bands of the 1980s like Duran Duran, the Smiths, Magazine, and Tears For Fears. Roxy songs like “The Thrill of It All,” “Love Is the Drug,” “Both Ends Burning,” and “Avalon” remain classics of suave style and musical substance. 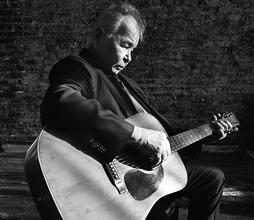 John Prine
Another deserving artist just now receiving his first HoF nomination although he’s been eligible for 22 years, singer/songwriter John Prine is the missing link between Bob Dylan’s 1960s-era albums and Bruce Springsteen’s early 1970s work. Prine has released nearly two-dozen critically-acclaimed albums since his self-titled 1971 debut album, and his original songs like “Sam Stone,” “Angel From Montgomery,” “Hello In There,” and “Sweet Revenge” changed the rules of songwriting like nobody since Dylan himself. A master at blending roots-rock, country, and folk music Prine has won three Grammy® Awards and inspired songwriters like John Hiatt, Todd Snider, and Jason Isbell, among many others. 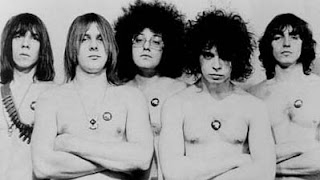 MC5
Sadly, while the legacy of Motor City sonic terrorists MC5 is safe, the Detroit band’s induction into the HoF is unlikely. This is their fourth nomination to the institution since becoming eligible in 1991 and it’s a real tragedy that they haven’t already been voted in…MC5 may be the most important band on this whole damn list, and although they only released three albums during their brief three-year tenure, they were massively influential, inspiring punks from the Clash and the Sex Pistols to the Dead Boys and Patti Smith as well as more contemporary artists like the White Stripes and Soundgarden. The MC5’s explosive, original mix of hard rock, blues, and jazz delivered with punkish fury continues to find a new audience among disaffected youth decades after the band’s break-up.

Do your duty as a music fan and vote for your favorites for the Rock & Roll Hall of Fame!

Artist photos courtesy of the Rock & Roll Hall of Fame
Posted by Rev. Keith A. Gordon at Tuesday, November 06, 2018