Archive Review: R.L. Burnside's Wish I Was In Heaven Sitting Down (2001) 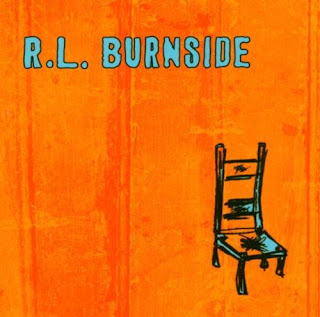 That R.L. Burnside would only begin experiencing some degree of artistic and commercial recognition so late in his career is the story of the blues, kids. Many of the blues greats – Mississippi John Hurt, Fred McDowell, Skip James and Son House, to name a few – were old and gray before being “rediscovered” during the 1960s. In his 73 years, Burnside has certainly seen his share of ups and downs. Since his own revival a few years back - fueled by an appearance in Robert Palmer’s Deep Blues documentary film – he’s been burning the candle at both ends. Burnside’s 1998 release Come On In, with Tom Rothrock’s contemporary electronica production laid upon the bluesman’s organic guitar and vocals, was a breakthrough of sorts, reaching an audience who knew little of the blues, much less anything of Burnside.

Wish I Was In Heaven Sitting Down is Burnside’s follow-up to Come On In and a return to a more roots-based sound. Lyrically, this is possibly Burnside’s bleakest album, with many songs haunted by death and betrayal, carrying with them an ambience as dark as the Delta soil. The album is also an artistic triumph – Burnside’s vocals are rich, soulful and expressive, his lyrics direct and carefully crafted. Even when covering somebody else’s material – such as his haunting rendering of Skip James’ “Hard Time Killing Floor” or an electric version of Don Covay’s R & B classic “Chain Of Fools” – Burnside’s talent and consistency make the songs his own. The title track is a traditional gospel tune that Burnside invokes with a great deal of fire and passion. Original songs such as the “Bad Luck City,” with its advice on romance, or “R.L.’s Story,” a spoken tract with minimal instrumental backing are as cutting edge as the blues will ever get.

For fans who only discovered Burnside through Come On In, there’s enough tape loops, turntable scratching and electronic tricks on Wish I Was In Heaven Sitting Down to satisfy your warped little tastes. A handful of producers, led by Andy Kaulkin, as well as contributions by guitarist Smokey Hormel and scratchers DJ Swamp, Iki Levy and DJ Pete B bring a modern feel to an art form that’s close to 100 years old. Burnside shines through all of the high-tech gimcrackery, though, with an originality and talent that places him alongside the greatest names in Mississippi blues.

Buy the CD from Amazon.com: R.L. Burnside’s Wish I was In Heaven Sitting Down