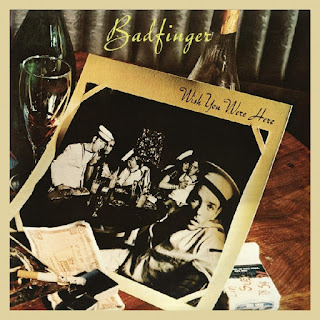 Badfinger – Wish You Were Here (Real Gone Music)
The Badfinger story is one of malfeasance and mismanagement that robbed the popular U.K. band of both money and momentum – a tale for another time, perhaps. The last gasp by the band’s best-known incarnation, Wish You Were Here is a stunning, critically-acclaimed collection of rock ‘n’ roll and power-pop that, if not for insurmountable legal issues, could have been huge. I count at least three hit singles here – the grandly-orchestrated “Dennis” (beating ELO at their own game), the enchanting “Know One Knows” (in the vein of earlier hit “Day After Day”), and the country-flavored “You’re So Fine,” which is what the Beatles might have sounded like if they hailed from Nashville. This expanded CD version doubles-down on the goodness with nine bonus tracks, mostly alternative mixes save for the unreleased gem “Queen of Darkness.” Call it Badfinger’s “lost album,” Wish You Were Here is a classic waiting to be rediscovered. Grade: A   BUY! 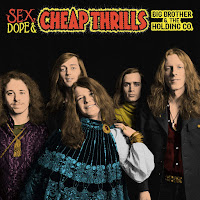 Big Brother & the Holding Company – Sex, Dope & Cheap Thrills (Legacy Recordings)
San Francisco’s Big Brother & the Holding Company made a star of singer Janis Joplin with their classic Cheap Thrills album, but there was a lot of material left behind that further cements the album’s status as a landmark of rock ‘n’ roll. Sex, Dope & Cheap Thrills is a two-disc, 30-track collection of 29 mostly-unreleased alternate takes from the album’s original recording sessions along with a rare, blistering live performance of “Ball and Chain” from Winterland Ballroom that highlights Joplin’s whiskey-soaked vocals and the twin-guitar attack of the underrated Sam Andrew and James Gurley. There’s nothing truly revelatory here, save for the mesmerizing “Oh, Sweet Mary,” on which Janis shares her vocals. Sex, Dope & Cheap Thrills will appeal mostly to the hardcore faithful, but it’s fun (and a little intriguing) to hear the band’s varying approaches to well-worn and familiar material like “Summertime” and “Piece of My Heart.” Grade: B   BUY! 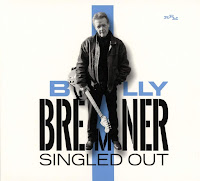 Billy Bremner – Singled Out (RPM Records, U.K.)
British rocker Billy Bremner is best known for his tenure with the band Rockpile and association with Dave Edmunds and Nick Lowe, having contributed musically to solo albums by both artists. But the singer, songwriter, and guitarist has enjoyed a lengthy solo career dating back to the early 1980s, with a handful of albums to his name. Singled Out is a career-spanning, 21-track compilation, and it’s a dandy, indeed! Bremner wrote “Trouble Boys,” a hit for Edmunds, and was an early Stiff Records label artist in the power-pop vein of Lowe, but he’s often been overshadowed by his friends. Singled Out puts his talents on display with smart wordplay and wiry fretwork as on the lovely “I See It In Your Eyes,” the rockabilly-tinged “Fire In My Pocket,” or his first single, the loping “Loud Music In Cars.” Bremner’s masterful style of rootsy pub-rock is timeless, his talent seemingly endless. RIYL Dave Edmunds, Nick Lowe, Brinsley Schwarz, Rockpile. Grade: A   BUY! 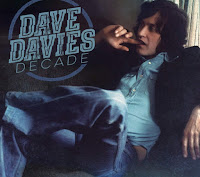 Dave Davies – Decade (Green Amp Records)
Ray Davies is lauded – and rightfully so – as the songwriting genius behind legendary British rockers the Kinks. Several songs written by brother Dave through the years has shown that there was more than one creative spark in the band, and Decade proves this in spades. A collection of 13 previously-unreleased songs recorded by Dave Davies between 1971 and 1979, Decade offers a something for everybody, from the country-flavored pub-rock of “Midnight Sun” and the soulful “If You Are Leaving” to the bluesy “Mystic Woman” and the swirling prog-psych of “Mr. Moon.” Brother Dave is a top-notch wordsmith in his own right, and if his vocals aren’t as melodic as Ray’s, they’re not half-bad either, and his immense six-string skills imbue each performance with the same sort of energy and emotion that he brought to his full-time band’s work. You don’t have to be a Kinks fan to love Dave Davies. Grade: A-   BUY! 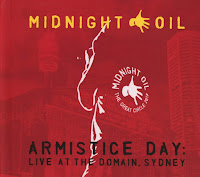 Midnight Oil – Armistice Day: Live at the Domain, Sidney (Sony Music, Australia)
Australia’s favorite rockers returned in 2017 after a 15-year hiatus, the band’s best-known line-up bringing their lyrical message of social justice and environmental awareness to over 500,000 fans with 77 shows around the world on “The Great Circle” tour. The tour ended, appropriately, in Sydney, which is where Armistice Day was recorded. Featuring an explosive 26 performances across two discs and packaged in a handsome square-bound book with lots of photos, it’s really like they never left! Vocalist Peter Garrett still roars like a wounded lion across familiar songs like “Beds Are Burning,” “Blue Sky Mine,” “Redneck Wonderland,” and “Forgotten Years” while guitarists Jim Moginie and Martin Rotsey destroy everything in their path. There are a lot of great “deep tracks” from the band’s extensive catalog included here as well and, overall, Midnight Oil sounds every bit as powerful and passionate on Armistice Day as they did 30+ years ago. Grade: A+   BUY!