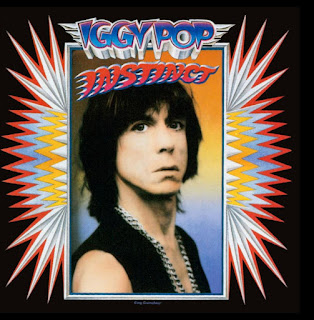 Jimmy Osterberg was one of our childhood idols, you know. The levels of gratuitous, hormone-induced violence performed by even the meekest of adolescent males suffering through puberty during 1969 and ’70 were reflected in and, in some instances, given form by Osterberg a/k/a Iggy Pop. Through his chosen medium, rock ‘n’ roll, and his awesome vehicle, the Stooges, Pop preached the gospel of angst and alienation, singing with a madman’s fervor that appealed to the budding anarchist in all of us.

Iggy lived and breathed the auto-erotic ether of self-inflicted nihilism, nightly plunging through that white light/white heat wall-of-sound to swan dive, headfirst, into the gaping, toothy maw of Death. Painfully flagellating himself with the mike stand in a rite of passionate (un)holy penance; unflinchingly rolling, nearly-naked, across an onstage blanket of blood, feces, and jagged shards of glass; always pulling back at that final moment, never quite breaking through, collapsing in a pulpy heap of battered flesh to be carried offstage for another night’s attempt at destiny.

Unlike Jim Morrison, or even Janis Joplin – both peers of Iggy’s – Pop survived his frequent sojourns into the abyss, fading into late ‘70s obscurity until resurrected by the Thin White Duke to act as an elderly icon for a generation of young, would-be punks hell-bent on self-destruction. Nearly 20 years after the Stooges’ influential vinyl triptych of sonic style and three-chord artistry; after almost a dozen solo elpees which run the gamut from brilliant to brain-dead, Iggy is back with a new label and a new album, Instinct. Working for the first time with producer Bill Laswell (Material, Mick Jagger, Afrika Bambaata)…an odd couple matching if ever there was one…Iggy has put together a tougher-than-steel band led by the blitzkrieg six-string mastery of ex-Sex Pistol Steve Jones that comes mighty close to the aural purge-and-stomp abilities of the heyday Stooges.

Walking the thin line between punk power and metal overkill that he created, Iggy has returned with a saber-rattling fury, knocking down ten new numbers as only Pop could. Jones’ chainsaw guitar riffs compliment Iggy’s guttural vocals, which range from stark primal screams to smoky, lounge-lizard-styled dirges. The angst is still there, and the alienation is tempered by age and an often-cynical romanticism. Iggy may have grown older, but he’s gotten no softer…there’s life in the ol’ boy yet…and with albums like Instinct, Pop can and will influence an entirely new generation of youth looking for a little of that old search and destroy action while he still remains a rock ‘n’ roll idol for us jaded anachronisms. (A&M Records, released 1988)