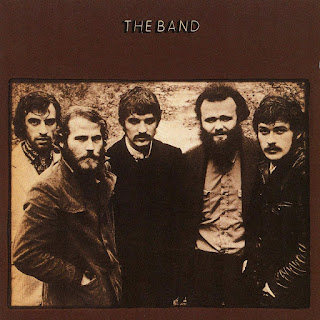 The Band – The Band (Capitol Records)
Celebrate the 50th anniversary of the Band’s visionary, groundbreaking sophomore album with this deluxe two-disc reissue. Although the untarnished, pioneering Americana of the original LP, with classic tunes like “The Night They Drove Old Dixie Down,” “Up On Cripple Creek,” and “Across the Great Divide” should be enough to pull you in, a slew of bonus tracks in the form of alternate takes and instrumental mixes round out the first disc. The second CD offers rough mixes of the Band’s appearance at Woodstock 1969, released here for the first time ever, a magnificent performance comprised of eleven classic songs. Another seven bonus tracks comprised of studio outtakes and alternate versions fills out the CD, but it’s the live stuff that you’ll listen to again and again, making the set an essential addition to the library of any fan of the Band, Bob Dylan, or American music overall. Grade: A+   BUY! 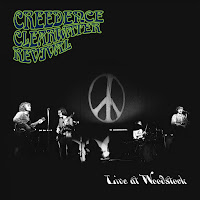 Creedence Clearwater Revival – Live at Woodstock (Craft Recordings)
By the time Woodstock happened in August 1969, Creedence Clearwater Revival had released three LPs in little more than a year and had enjoyed a handful of Top 10 singles. One of the festival’s higher-profile acts, CCR nevertheless demurred from appearing in the Woodstock movie or soundtrack albums. Fifty years later, Live at Woodstock marks the first release of the legendary band’s hour-long set from the festival, the eleven tracks here including some of the most revered classic rock songs of all time. The band rips through gems like “Born On the Bayou,” “Bad Moon Rising,” “Proud Mary,” “I Put A Spell On You,” and “Suzie Q” like flaming dervishes. Much like the Band’s Woodstock above mentioned performance, why did it take so damn long to release this show? The CD offers better sound quality than the vinyl release, but the raucous performance stands on its own regardless of format. Grade: A   BUY! 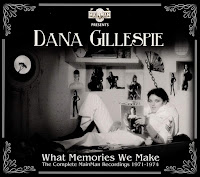 Dana Gillespie – What Memories We Make: Complete MainMan Recordings 1971-1974 (Cherry Red Records U.K.)
Blue-eyed soul singer/songwriter Dana Gillespie’s What Memories We Make is a two-disc set that features the powerhouse vocalist’s two RCA Records albums recorded while she was hanging around David Bowie and was managed by Tony Defries’ MainMain. This includes her bluesy, critically-acclaimed 1973 RCA debut Weren’t Born A Man and its rapid follow-up, 1974’s Ain’t Gonna Play No Second Fiddle. Both LPs have long been out-of-print but in-demand with collectors due to Bowie’s involvement and contributions of superstar session players like Rick Wakeman, Eddie Jobson, and Bobby Keys. Throw in some alternative takes and demo recordings from the rare 1971 BOWPROMO promotional-only album and you have a complete document of an important era in the artist’s career. Rediscovery of Gillespie’s immense talents continues apace – aside from What Memories We Make, Rev-Ola Records label also recently reissued the singer’s first two albums for Decca Records on CD as London Social Scene. Grade: A   BUY! 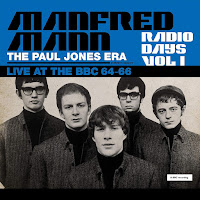 Manfred Mann – Radio Days, Volumes 1-4 (Umbrella Records)
I’m gonna cheat here and include all four of these two-disc BBC collections of the British rock ‘n’ roll legends in one review. Curated and authorized by the band, these are absolutely essential for any Manfred Mann fan – volume one features the Paul Jones era, volume two features singer Mike D’Abo – and both sets include the band’s hits and rarities alike from a five-year period circa 1964 to 1969, great songs like “Pretty Flamingo,” “If You Gotta Go,” and “Mighty Quinn” as well as band interviews. Radio Days, Volume 3, representing the band’s ‘Chapter III’ incarnation, is a little too-much jazz-skronky for my tastes, but it’s the road that took Mann and cohorts to Radio Days, Volume 4 featuring the Earth Band, “Get Your Rocks Off,” and a different slant on the same ol’ prog-rock. At a minimum, at least three of these volumes deserve a place in your library. Grade: A   BUY! 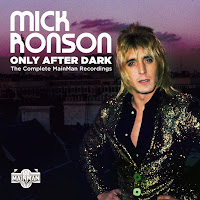 Mick Ronson – Only After Dark: The Complete MainMan Recordings (Cherry Red Records U.K.)
I’ve written of Mick Ronson’s talents before, and the lack of respect he’s proffered as one of the great rock guitarists of the 1970s. Perhaps it’s the dearth of solo material available that has prevented a re-estimation of Ronson’s status an as innovator rather than a mere sideman, an injustice that the four-disc Only After Dark box should right. Documenting every note Ronson recorded for manager Tony Defries’ MainMan company, the set includes both of the guitarist’s excellent 1970s-era solo records (1974’s Slaughter On 10th Avenue and 1975’s Play Don’t Worry), both enhanced with a slew of live tracks and demos. The other discs feature previously-unreleased recordings (including some of Guam, Dylan’s backing band on the Rolling Thunder 1975 tour) and live performances showcasing Ronson’s creative depths. Only After Dark is reasonably-priced, too, allowing listeners to re-discover the extraordinary guitarist trusted by legends like David Bowie and Ian Hunter. Grade: A   BUY! 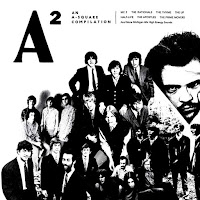 Various Artists – An A-Squared Compilation (Third Man Records)
The Reverend lived in Detroit circa 1979-81 and witnessed the city’s high-octane rock ‘n’ roll bands of that era in person. The real action took place during the decade of the ‘60s, though, and many of the best of Detroit’s rockers could be found on A-Squared Records, formed by producer Jeep Holland and named for his hometown of Ann Arbor, Michigan. This two-disc vinyl reissue from Motor City native Jack White’s Third Man Records expands upon a 2008 CD compilation, offering up two-dozen electrifying tracks by bands like rockers the Scott Richard Case (SRC), blue-eyed soul legends the Rationals, guitar hero Dick Wagner & the Frost, the Prime Movers (with Iggy Pop), Stoney & the Jagged Edge and others, and features updated liner notes by music historian Alex Palao. Not all of these tracks were released by Holland’s revered label, but they all crackle with pure rock ‘n’ roll energy. Grade: A   BUY!