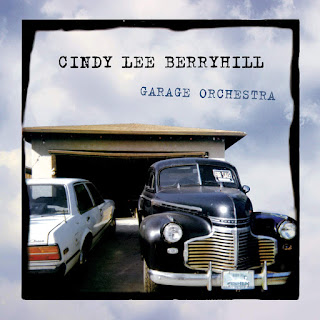 Reviews of holiday gift suggestions in 150 words or less…

Cindy Lee Berryhill – Garage Orchestra (Omnivore Recordings)
One of the leading figures in the ‘anti-folk’ movement of the 1980s, which sought to bring punkish intensity and creativity to a staid old traditional sound, singer/songwriter Cindy Lee Berryhill’s first couple of albums were a mixed bag but, by the time of 1994’s Garage Orchestra, Berryhill had found a delicate balance of influences like Dylan, Patti Smith, and the Beach Boys in developing her own voice. Reissued by Omnivore, Garage Orchestra has been expanded with a slew of bonus tracks, but the ten original songs sound as fresh and endearing as they did 25 years ago. Berryhill’s expressive vocals and erudite lyricism on songs like “Radio Astronomy,” “I Want Stuff,” and “Every Someone Tonight” color outside the lines while musically she tends to follow wherever whimsy leads her. The result is a magical musical journey that has held up surprisingly well over the past quarter-century (and worthy of rediscovery). Berryhill’s 1996 LP Straight Outta Marysville was also recently reissued by Omnivore with a half-dozen additional bonus tracks. Grade: A   BUY! 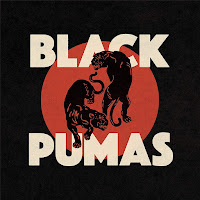 Black Pumas – Black Pumas (ATO Records)
The self-titled debut album from Black Pumas – the Austin, Texas duo of Adrian Quesada and Eric Burton – is a magnificent hybrid of psychedelic-drenched rock, throwback soul, and contemporary R&B with more than a hint of old-school funk to be found in the blood-red grooves. The two co-produced the album and they hit all the right beats, bringing a modern neo-soul feel to the performances while still managing to capture the heartbeat of 1960s and ‘70s-era Stax Records, Sly & the Family Stone, and Parliament-Funkadelic. With ten original songs, Burton has a lot to work with, and his bluesy vocals edge close to Otis’s turf while Quesada is a nuanced, but powerful guitarist. The studio players fall in behind Burton and Quesada to create a mesmerizing tapestry of sound, but it’s the masterful combination of all these factors – songs, vocals, instrumentation, and production – that propel Black Pumas above their contemporaries. Grade: A+   BUY! 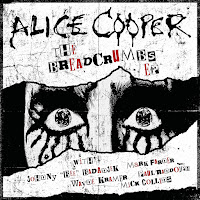 Alice Cooper – Bread Crumbs EP (Ear Music)
I haven’t been a big fan of a lot of Alice Cooper’s recent work, but this nifty lil’ 10” vinyl EP kicks ass! Aided and abetted by guitarists Wayne Kramer (The MC5) and Mark Farner (Grand Funk Railroad) and drummer Johnny “Bee” Badanjek (The Rockets), among others, Alice pays tribute to his Motor City roots with five cover tunes of songs originally recorded by Mitch Ryder (“Devil With A Blue Dress On”), Suzi Quatro (“Your Mama Wont’ Like Me”), Bob Seger (“East Side Story”), the MC5 (“Sister Anne”), and the Dirt Bombs (“Chains of Love)” as well as a couple of rockin’ new tunes in “Detroit City 2020” and “Go Man Go.” Alice has seldom sounded better, really investing his musical charisma into these performances, and his scratch band plays like starry-eyed teens on a collection of hard rock, punk rock, and garage-rock that sounds like 1970 all over again… Grade: A-   BUY! 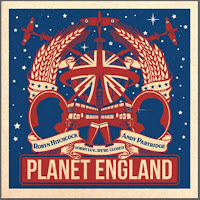 Robyn Hitchcock & Andy Partridge - Planet England EP (Ape House)
This collaborative effort between two of rock music’s mad geniuses offers the best of both Robyn Hitchcock and XTC’s Andy Partridge. Although Planet England features only four cool tunes on compact disc or collectible 10” vinyl EP, there’s a lot going on in these grooves. Both artists share a distinctive British pop sensibility that skews their compositions towards the complex, lyrically and musically, and they play off each other here like old friends, with all the chemistry that implies, each song overflowing with lush instrumentation. “Turn Me On, Deadman” has a decidedly Hitchcock slant, while “Got Me…” evinces a distinct Partridge whimsy. The other two tracks on Planet England are equally quirky, charming, magical, and entertaining as only two well-respected gentlemen who have forged a career on the fringes of rock music could create. Caution: after spinning Planet England a couple of times you’ll be yearning for a full-length Hitchcock/Partridge album… Grade: A+   BUY! 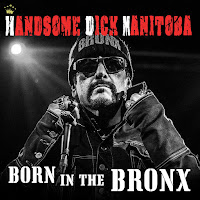 Handsome Dick Manitoba – Born In the Bronx (Liberation Hall)
With the testosterone-fueled swagger of a professional wrestler and a larger-than-life personality custom-made for rock music, Handsome Dick Manitoba made his bones as frontman for legendary ‘70s-era sonic terrorists the Dictators. He formed Manitoba’s Wild Kingdom in the late ‘80s with a couple of Dictators bandmates, but Born In the Bronx is Manitoba’s first bona fide solo album. You won’t find any secret penchant for folkie ballads or wimpy pop tripe here, just scorched-earth rock ‘n’ roll with a surprising blues edge. Recorded in Nashville with producer/musician Jon Tiven and a cast of talented musos, Manitoba infuses story-songs like “Thicker Than Blood,” “8th Avenue Serenade,” and “The Cooker & the Hit” with gritty, street-smart gravitas. His somber, updated cover of P.F. Sloan’s “Eve of Destruction” is eerily prescient’ Manitoba’s vocals throughout the album capturing the aspirations of every young man and woman whose life was saved by rock ‘n’ roll. Grade: A   BUY! 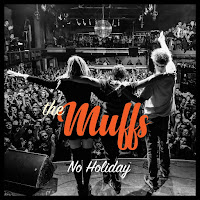 The Muffs – No Holiday (Omnivore Recordings)
With Kim Shattuck’s death from ALS earlier this year came an outpouring of grief from the rock ‘n’ roll community. Shattuck was a beloved figure on the scene, a member of 1980s-era distaff garage-rockers the Pandoras and founder of pop-punk pioneers the Muffs, the band recording a trio of albums for Warner Bros. during the ‘90s before going indie. No Holiday, recorded during Shattuck’s illness, brims over with the charm and intelligence that has become Shattuck’s trademark sound. Although much of No Holiday is softer around the edges, with more introspective songs, perhaps, than the band’s earlier work, a few tunes like “Late and Sorry” or the raucous “Pollyanna” could easily have fit on those first couple of albums. Shattuck’s distinctive raspy, shouted vocals capture the energy of rock ‘n’ roll while her underrated guitar playing could often be both subtle and over-the-top. No Holiday is a fitting tribute to Shattuck’s passion and talents. Grade: A   BUY! 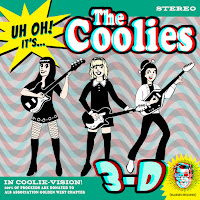 Check out Kim Shattuck’s other band, the Coolies – Little Steven’s Wicked Cool Records has re-pressed the band’s recent Uh Oh! It’s…the Coolies 10” EP on colored vinyl as a tribute to the late singer, songwriter, and guitarist with 100% of the profits from sales donated to The ALS Association Golden West Chapter. 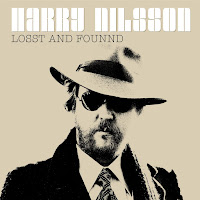 Harry Nilsson – Losst and Founnd (Omnivore Recordings)
Harry Nilsson found modest success as a singer and songwriter during the 1960s and ‘70s, scoring a handful of Top 40 hits and earning the respect of contemporaries like John Lennon and Ringo Starr. He’d gone over a decade without releasing an album when he went into the studio with producer Mark Hudson in the ‘90s but sadly died before they could finish the project. Hudson has resurrected these tapes for Losst and Founnd, sweetening Nilsson’s demo vocals and adding instrumentation by folks like Jim Keltner, Klaus Voorman, and Nilsson’s son Kiefo. The result is nine new original Nilsson tracks and a couple of inspired cover songs that explore the singer’s love of pop and rock music and display the man’s undeniable musical charisma. It’s been almost 40 years since we were gifted with a Harry Nilsson album, but for longtime fans of the artist, it’s better late than never! Grade: B+   BUY! 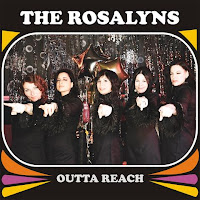 The Rosalyns – Outta Reach (Pig Baby Records)
A veritable “supergroup” of distaff rockers, the Rosalyns features multi-instrumentalist Birdy Bardot along with members of the Loons, the Schizophonics, and the Gore Gore Girls. Credentials like these mean that their debut LP, Outta Reach, rocks like a trailer park in a tornado. The Rosalyns formed a few years back to pay tribute to pioneering “girl groups” like the Pleasure Seekers and Ace of Cups, the band pursuing a similar sonic blueprint, i.e. unbridled 1960s-styled garage-rock with swaths of psychedelic color. They put their original spin on classic songs and obscurities alike here, infusing tunes like “Give Him A Great Big Kiss,” “Hanky Panky,” and “Shimmy Shimmy Ko-Ko Bop” with plenty of howling guitars, heavy bass, explosive percussion, and old-school keyboards. You haven’t lived, though, until you’ve heard the Rosalyns tear up the Stooges’ “Search and Destroy” like a pack of hungry she-wolves. Highly recommended…and pick up a copy of the Schizophonics new LP when you check out the indie Pig Baby Records website! Grade: B+    BUY! 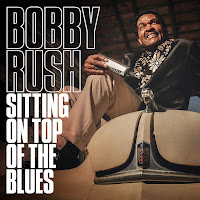 Bobby Rush – Sitting On Top of the Blues (Deep Rush Records)
Blues legend Bobby Rush, at 86 years old, rocks a performance like singers a third his age, and has been doing so since long before most of us were born. Rush has been recording since the early ‘60s, creating his own unique fusion of blues, soul, and funk. Rush follows-up on his 2017 Grammy™ Award-winning album Porcupine Meat with the stellar collection Sitting On Top of the Blues, one of the most entertaining entries in a catalog rich with such. The self-referential “Hey Hey Bobby Rush” is a brash, swaggering ode to the blues while “Recipe For Love” is a rollicking instrumental showcase for Rush’s underrated harmonica skills. The sweltering “Pooky Poo” is a Swamp Dogg-styled old-school R&B jam and the bawdy “Bowlegged Woman” is trademark Bobby Rush with good-natured ribald humor. Vashti Jackson provides guitar on most tracks, the Mississippi bluesman’s talents providing a counterpoint to Rush’s vocals and harp-play. Grade: A   BUY!