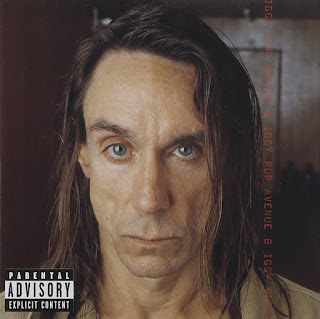 One of the problems of being a cultural icon is that it becomes increasingly harder to fool the marks. So much has been said of the legend that is Iggy Pop – the violent stage antics with the Stooges, his self-destructive “Idiot” era, the Bowie years, movie stardom, MTV and his rebirth as a buffed-up, iron-humping metal master – it’s really difficult to separate fact from fiction, myth from missteps.

Sitting, as we are, on the edge of the 21st century, nobody in their right mind could have predicted – not even ten years ago – that Iggy would be poised to begin his fifth decade in rock ‘n’ roll. Stranger still is that with the release of Avenue B, Iggy has transformed himself into some sort of beat poet. Huh?

That’s right – Iggy fucking Pop, the godfather of punk and founding father of heavy metal, the guy that used to roll around bare-chested on a stage littered with broken glass and flagellate himself with the mike cord – has delivered an album that owes as much to Charlie Parker and Jack Kerouac as it does to “Louie Louie” and chaos theory. Surprisingly enough, though, Avenue B works. Iggy’s baritone vox have always had a smoky room quality to them, and some of his better songs over the years have been more spoken than sung.

Avenue B offers up a few no-frills rock riffs, but the main course here is a beat-infused jazzy ambience aided by the instrumental skills of Medeski, Martin and Wood. The old Iggy energy and attitude is still here, as is Pop’s penchant for highly personal and introspective lyrics. Produced by Iggy’s old Motor City pal Don Was, Avenue B presents the artist in an entirely new light, a flattering and intelligent guise for a legend not quite ready to rest on his significant laurels. (Virgin Records, released September 21, 1999)

Buy the CD from Amazon.com: Iggy Pop’s Avenue B