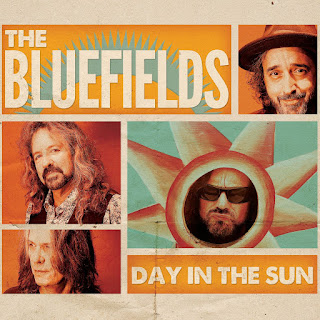 The Bluefields – Day In the Sun (Underground Treehouse Records)
Veterans of Nashville’s country and rock scenes, the Bluefields include singer Joe Blanton (Royal Court of China), guitarists Warner Hodges (Jason & the Scorchers) and Dan Baird (Georgia Satellites), and drummer Brad Pemberton (Steve Earle). Day In the Sun is the band’s fourth album, their first in six years, and the Rev is here to tell you that it’s a real slobberknocker! The band achieves a solid, often funky groove on songs like “Bottom of the Barrel” and “Somewhere Down the Road” on top of which Hodges lays down his shimmering leads. Blanton is a soulful shouter with a hint of twang shaping his vocals as on “Born To Let You Down,” an unbridled rocker that hits your ears like a freight train teetering off the tracks. Offering a rib-ticklin’ meat ‘n’ taters buffet, Day In the Sun provides a musical feast for long-suffering fans of Southern rock ‘n’ roll. Grade: A   BUY! 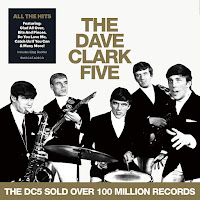 Dave Clark Five – All the Hits (BMG)
British rocker Dave Clark was years ahead of his time in business savvy, holding onto all of the DC5’s rights long before most bands realized that their record labels could (and would) do them wrong. This has resulted in a deficit of DC5 reissues, and although beat-to-hell copies of old Dave Clark Five LPs can be found easily enough, it’d be nice to reintroduce this stuff to a new century. Hopefully All the Hits is the first salvo in a full-fledged reappraisal of this important British Invasion band’s legacy as the only outfit to serious challenge the Beatles for chart supremacy. More popular stateside than at home, the DC5 scored hits like “Glad All Over,” “Bits and Pieces,” “Any Way You Want It,” and “Over and Over” between 1964 and 1967, all of which are among the 16 red-hot tracks included here. It’s time to rediscover the Dave Clark Five! Grade: B+   BUY! 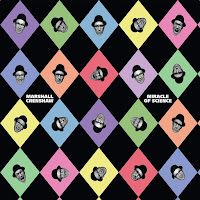 Marshall Crenshaw – Miracle of Science (Shiny-Tone Records)
The first in a series of reissues of Marshall Crenshaw’s 1990s-era Razor & Tie albums (on Crenshaw’s own Shiny-Tone Records label), Miracle of Science finds the rock icon expanding his signature power-pop sound in pursuit of a wider musical palette. Mostly recorded in Nashville with talents like Bill Lloyd, Brad Jones, and Pat Buchanan manning various instruments, Miracle of Science ranges from the shimmery, Smithereens-styled pop of “What Do You Dream Of?” and the honky-tonk flavored “Who Stole That Train” to Crenshaw’s trademark power-pop on “Starless Summer Sky.” A cover of Grant Hart’s “Twenty-Five Forty-One” is spot-on, the gorgeous soundtrack emphasizing the lyrics while oldie “The In Crowd” offers an imaginative blend of the song’s jazzy roots with bluesy overtones. I could do without the backwards “Seven Miles An Hour,” though. Criminally underrated when it was originally released, Miracle of Science will appeal to the discerning rock ‘n’ roll aficionado. Grade: A-   BUY! 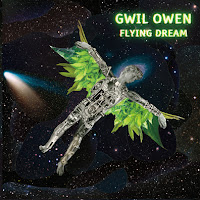 Gwil Owen – Flying Dream (Rambler Records)
Nashville’s Gwil Owen has been making great music in the Music City since the 1980s with bands like Fur Trade and the Thieves. For Flying Dream, he’s assisted by the cream-of-the-crop of local talent like guitarist Will Kimbrough, multi-instrumentalist Jim Hoke, and singer Brydget Carrillo, whose heavenly backing vox balance Owen’s whip-smart lyricism. Gwil’s no slouch in the musical department, and his instrumental talents shine throughout Flying Dream. It’s Owen’s sense of melody, however, combined with his skill as a wordsmith and the ability to create in various musical styles that make the country, rock, and blues of songs like the twangy rocker “I Would Lie” (with greasy Kimbrough guitar); the jazzy, eclectic “Hamster Wheel” (written with the late David Olney); or the soul-infused “Moth Without A Flame” (think Memphis 1970) stand out even in a city rich with talent; Owen is one of the best Nashville has to offer. Grade: A   BUY! 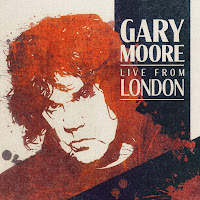 Gary Moore – Live From London (Provogue Records)
Guitar wunderkind Gary Moore left us too soon in 2011 at the too-young age of 58 years but, as proven by the 2009 show documented by Live From London, Moore was still performing at an impressively high level. Over a career that spanned five decades, Moore explored blues, jazz, hard rock, and heavy metal styles and all are represented to some extent on Live From London, but it’s Moore’s affinity for the blues which resonates the loudest. The guitarist imbues original material like the melancholy “Still Got the Blues” or the beautiful, flowing instrumental “Parisienne Walkway” with unbelievable amounts of emotion and energy. Choice covers like Otis Rush’s “All Your Love,” J.B. Lenoir’s “Mojo Boogie,” and a particularly heartfelt reading of Al Kooper’s “I Love You More Than You’ll Ever Know” are all painted various shades of blue and, as showcases for Moore’s immense talents, perfectly display his peerless abilities. Grade: A-   BUY! 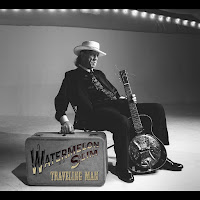 Watermelon Slim – Traveling Man (Northern Blues Music)
For decades now, Watermelon Slim (a/k/a Bill Homans) has been one of the great, underrated talents of the blues. He’s not a soul crooner or a flash guitarist or a slick stylist, but Slim is a helluva songwriter and a fine slide-guitarist and his raw vocals are perfectly suited to his poetic, slice-of-life lyrics. The double-disc Traveling Man is Slim’s first live album, just the man and his guitar and the occasional blast of harmonica, and the solo setting does justice to lively and effective performances of gems like the Delta-inspired “Blue Freightliner,” the unique perspective of “Let It Be In Memphis,” and the haunting “Devil’s Cadillac.” Slim’s Okie patois imbues the songs with an undeniable authenticity while his erudite working-class blues strikes a chord with almost any listener. If you’re not familiar with the talents and charms of Watermelon Slim, Traveling Man is a great place start! Grade: A+   BUY!