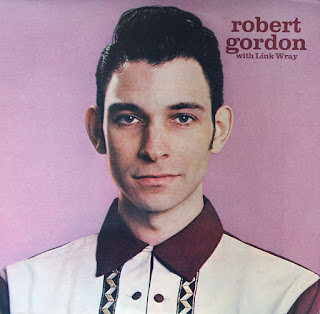 One of the very cool things about the punk revolution of ‘77 was the major label’s begrudging willingness to listen to new sounds. With many of the arena-rock giants of the era either dying off or rapidly becoming irrelevant, record labels were forced to cast an eye about for something new and exciting to exploit. They didn’t really understand this punk rock stuff and, truthfully, most of it scared them half to death. This is what the kids were listening to, tho’, and they had to put out something to bolster flagging album sales, so...

The labels subsequently began a feeding frenzy that extended well into the “new wave” daze of the early ‘80s, throwing out albums by new artists with alarming regularity, tossing them up against the wall to see what stuck. This haphazard approach resulted in a wealth of truly crappy music, but it also gave voice to many creative and influential artists of enduring stature. It was an exciting time to be a fan of music, because one really never knew what the next new band would bring to the table.


Even by the relatively relaxed standards of the late 1970s, it’s still a wonder that rockabilly revivalist Robert Gordon ever landed a label deal in the first place. Not that his music was terrible; on the contrary, his unique take on the rockabilly sound was firmly rooted in a heartfelt love and appreciation for the music. Rather than attempt to mimic the style, as the Stray Cats would do with varied commercial success half-a-decade or so later, Gordon’s musical homage was authentic and natural. In every way that counted, Robert Gordon was a rockabilly singer, standing in as stark a contrast to the punk rockers of the day as they did to the “dinosaurs” they had allegedly replaced.

It probably didn’t hurt that Gordon was signed to producer Richard Gottehrer’s Private Stock label, which was distributed by RCA Records, the label home of rockabilly icon Elvis Presley. Gordon found a kindred spirit in Gottehrer, and recruiting, perhaps, the greatest rock guitarist of the ‘50s – Link Wray – the singer, the producer, and the six-string marvel ventured into the studio during two different months in 1977 to record what would later become two legendary albums – Robert Gordon with Link Wray and Fresh Fish Special, both released in 1979.

The first of the two albums, Robert Gordon with Link Wray, finds the singer taking tentative steps towards recreating the rockabilly sounds that inspired him as a teen. The results are encouraging: tunes like the raucous “Red Hot” or the slinky “Summertime Blues” really tear up the asphalt while slow dances like “Sweet Surrender” place an emphasis on Gordon’s fine vocals, his infectious baritone swooping and soaring across the lyrics. Wray’s guitar swings pretty freely, subtly spicing up the material, but my one complaint would be that the band never really cuts loose and sets the studio on fire. Save for a couple of Wray originals, most of the tunes here are vintage nuggets, well chosen, and some of them, like “Flyin’ Saucers Rock & Roll,” threaten to leap right off the turntable. The album is a fitting tribute to Gordon’s influences, nearly-forgotten original rockers like Gene Vincent, Eddie Cochran and Johnny Burnette.


Gordon and Wray hit their stride with their second collaboration, Fresh Fish Special. Recorded shortly after the tragic death of Elvis Presley, the King’s spirit is channeled throughout these performances. The album’s musical format is loosened up a bit – think Elvis circa ’65 rather than the rockabilly ‘E’ of ’55 – to include tunes like the classic New Orleans swinger “Sea Cruise” or the crooning ballad “Blue Eyes (Don’t Run Away).” There’s plenty here to satisfy the listener’s inner-rockabilly, however, from the shuffling “Five Days, Five Days,” with Wray’s tasty guitar licks complemented by the Jordanaires’ vocal harmonies, or the grand, Presley-esque “If This Is Wrong.”

Gordon knocks an obscure Elvis cover, “I Want To Be Free” from the movie Jailhouse Rock, right out of the park with a soaring performance, while the rollicking “Twenty Flight Rock” swings like an out-of-control wrecking ball. One of Gordon’s biggest fans, Bruce Springsteen, hand-delivered the eloquent “Fire,” which the singer makes his own with an inspired performance, and “Red Cadillac and A Black Mustache” is your typical sordid ‘50s-era tale of love gone wrong, the song’s shuffling beat paired with one of Gordon’s best vocal interpretations.

These two near-classic late ‘70s albums helped kickstart a rockabilly revival that resulted in ‘80s-era bands like the Stray Cats and Matchbox, and continues to inspire roots-rockers like the Reverend Horton Heat and the Legendary Shack Shakers. Reissue label American Beat Records released Robert Gordon with Link Wray and Fresh Fish Special on a single CD, remastered the sets for an invigorating sound and providing the collection with short liner notes.


Although neither of these fine albums made much of a commercial splash at the time of their release, they’ve gone in-and-out-of-print several times through the years and have displayed greater longevity than many better-known and better-selling artists. More than a relic of a time long passed-by, these albums are a treasured document of an almost-anything-goes era where an entertaining performer like Robert Gordon could make his voice heard. (American Beat Records, released February 27, 2007)