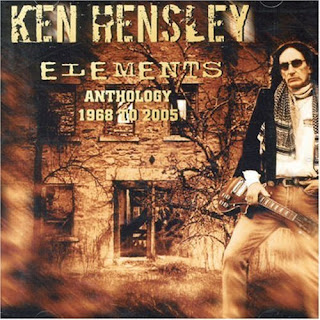 Back when I was a wee lad, attending Franklin H.S. in lovely suburban Nashville, my friends and I were simply *ga-ga* over Uriah Heep. We all thought that they were the bee’s knees, the hot-cha-cha, the Nazz…well, you get the point. With Heep’s landmark 1972 album Demons & Wizards as our starting point, we championed the band’s excesses while reveling in their Goth-inspired, fantasy-influenced proto prog-metal trademark sound. Our love affair lasted throughout high school as albums like The Magician’s Birthday (also ’72); Sweet Freedom (1973, with the great AOR track “Stealin’” leading the way) and Wonderworld (1974) dominated our turntables.

Aside from the operatic voice of frontman David Byron, the other dominant element in Heep’s mid-70s sound was provided by guitarist, keyboardist, and songwriter Ken Hensley. Byron and guitarist Mick Box originally formed the band, called Spice, changing the name to Uriah Heep when Hensley joined. Hensley came over from a British band called the Gods which, at one time, included future Rolling Stones’ guitarist Mick Taylor and future ELP member Greg Lake. Hensley’s influence can’t be found on Heep’s debut album; however, with Salisbury (1970) and Look At Yourself (1971), Hensley took over the reins as the band’s primary songwriter. Writing both punchy metal-edged cuts like the title song as well as prog-oriented tracks like the symphonic “July Morning,” Hensley provided the band a distinct identity and a future direction.

With the addition of bassist Gary Thain and drummer Lee Kerslake – a former bandmate of Hensley’s from the Gods – on Demons & Wizards, the band found the players and chemistry that would take them over the top. Kerslake proved to be a talented songwriter in his own right, penning three of the eight songs on the band’s breakthrough album, and serving as a valuable counterpoint to Hensley’s efforts. Whereas Hensley’s work tended to lean more in a poetic prog-metal direction, Kerslake’s songs tended to be darker, more Goth-oriented exercises. The work of both writers coexisted well on the album. Gary Thain would also spread his wings as a songwriter for the band, contributing two tracks on The Magician’s Birthday. Hensley would still carry the brunt of the creative load, however, writing five songs for the album, including the incredible tracks “Sunrise” and “Rain.” By the time of Sweet Freedom and Wonderworld, the Hensley/Thain songwriting axis was well in place, the two experimenting with a more radio-friendly, harder-edged sound on songs like “Stealin’,” “Seven Stars” and “Something Or Nothing.” 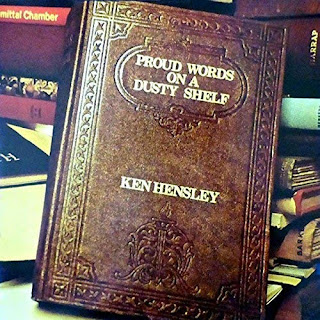 In a case of “did he jump or was he pushed,” Thain would leave the band in 1974, after the release of Wonderworld. Suffering from a serious drug problem, Thain tragically died a year later. Kerslake would subsequently pick up the pen once again for 1975’s Return To Fantasy, writing six of the album’s nine songs. I mention the Hensley/Thain/Kerslake songwriting tandem as a way to underscore the dynamic that was created by having three solid writers in one band. Although not privy to any “backstage” maneuvering by any of the songwriters, it’s clear that having a trio of such talents drove the band to new heights. It’s also telling that when Hensley recorded his first solo album, Proud Words On A Dusty Shelf, he recruited Thain and Kerslake to play on the sessions. I feel that the competition between the three was a healthy one, pushing each to achieve great things.

Hensley’s solo debut was released in 1973, Proud Words On A Dusty Shelf benefiting from Heep’s commercial success at the time. According to interviews with Hensley, the prolific songwriter would offer a slew of songs to the band and they would subsequently record some and discard others, mostly due to the 40-odd-minute time constraints imposed by the vinyl LP format. Thus songs like “Proud Words” would never be recorded by the band while “Rain” is afforded slightly different interpretations on both The Magician’s Birthday and Hensley’s solo album. Hensley has said that the solo album wasn’t an effort to try and launch a solo career, as such, but rather as a forum for sharing all the songs that he had written with his fans. 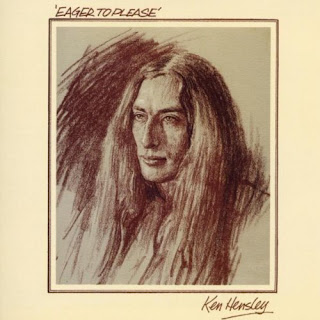 Hensley would record his second solo album, Eager To Please, in 1975 while trying to figure out exactly where Heep was going, commercially and creatively. Thain was gone, replaced by journeyman bassist John Wetton, a detour on his way towards forming Asia. Byron would leave after 1976’s High and Mighty album to pursue solo fame, replaced by former Lucifer’s Friend frontman John Lawton. Lawton would subsequently record three albums with the band, leaving after 1979’s Fallen Angel to be replaced by the generally reviled John Sloman. Kerslake would also leave at this time, working on Ozzy Osbourne’s first solo album before rejoining Heep in time for 1982’s Abominog. Along with founder Mick Box, Kerslake has been with Heep ever since, until he had to retire from the band in late 2006 due to health problems.

The tensions surrounding Lawton’s departure from Heep, and the conflicts created by the band’s internal struggles spelled the end for Hensley. The talented songwriter and musician would leave the band after 1980’s ill-conceived Conquest album to pursue a full-time solo career. Hensley would release his third solo effort, Free Spirit, the following year. Representing somewhat of a departure from both his previous solo work and his legacy with Heep, Free Spirit includes synth-pop songs and new wave flourishes that were decidedly un-metal like in their execution. Hensley himself seems to have expressed reservations about the album’s material, and it stands alone as an anomaly in the artist’s catalog.

The party was pretty well over by the time that I got to see Uriah Heep live, in May 1978, probably touring in support of their twin 1977 releases, Firefly and Innocent Victim. In a rare show of largesse, Rush had asked the band to open for them on their 1978 tour, paying back Heep for dragging Rush along on one of their previous tours. I had just scored my first ever backstage passes through Thom King’s Take One Magazine to interview Rush and figured out that the passes could also be used to get backstage and meet my idols, Uriah Heep. Although Hensley was reserved but friendly, Mick Box and Lee Kerslake were both chatty and accommodating. Box got the entire band to pose for pictures holding a copy of Take One and he invited my friend Wayne and myself backstage after Rush’s set to talk some more. We ended up drinking champagne and talking about music and motorcycles until early in the morning with Box and Kerslake. 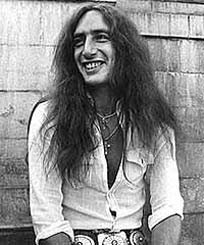 Ken Hensley’s influence on a generation of musicians is often understated. From his 1981 solo album, Hensley would go on to hang out for a while with southern rock band Blackfoot, performing on two of the band’s albums and touring with them for several years. Although it seemed as if Hensley had retired from music by mid-decade, a number of bands called upon his talents to contribute to their songs in the studio. Well into the late ‘90s, when Hensley became “born again” and rebooted his career with 1999’s A Glimpse of Glory, recorded with the band Visible Faith, Hensley lent his unique keyboard signature to recordings by Cinderella, Metalium, Ayreon and W.A.S.P.

Elements, released late last year in the U.K. by Castle Music, attempts to place Hensley’s contributions to rock music in context. The two-CD set features a handful of tracks by Hensley’s early bands the Gods and Toe Fat, with the Gods’ “Looking Glass” standing out as a strong cut from one of the ‘60s lesser-known outfits. There are fifteen Heep songs on Elements, ranging from “The Park” and fan-favorite “Lady In Black” from Salisbury, to “Falling In Love” from Fallen Angel. These aren’t necessarily Heep’s best-known songs, or even the hits, but from “Look At Yourself” and “The Wizard” to “Sunrise” and “The Easy Road,” they represent some of Heep’s best work.

Disc two of Elements jumps right into Hensley’s solo career, offering up six songs from Proud Words On A Dusty Shelf and five songs from Eager To Please, including the album’s lone single, “In the Morning.” The anthology also includes three songs from Free Spirit, including a standout track in “The System.” A lone Blackfoot track, “Send Me An Angel” is included here, as is “The Return” from A Glimpse of Glory. A rare recording of “I Close My Eyes,” originally from Running Blind, features the first reunion of Hensley and former Heep frontman John Lawton since ’79. Elements closes with a fine recording of the previously-unreleased “Romance,” part of the 2005 album Cold Autumn Morning where Hensley re-recorded some of his classic songs.

Elements is a fine representation of Hensley’s career, presenting his work in a strong light and successfully balancing his band and solo efforts accordingly. The anthology serves as an excellent bookend to Hensley’s 1994’s rarities collection, From Time To Time, and is a great place for the neophyte to experience Hensley’s musical talents. The time is ripe for a critical rediscovery of Ken Hensley. A new Hensley album, titled Blood On the Highway, is scheduled for release in 2007, and features vocal contributions from prog and melodic rock heavyweights like Glenn Hughes, Jorn Lande and John Lawton. To the delight of his fans, Hensley’s biographical book When Too Many Dreams Come True will also be reissued in 2007. Some 40 years after his first recordings, Ken Hensley is still going strong. (Castle Music, released 2006)

One of my favorite Hensley efforts is with the band Weed on their eponymous album, to my ears it sounds like a Hensley album with a talented guest band.