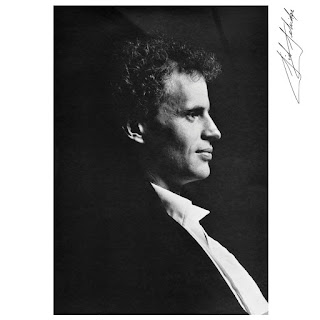 Funny story, kids...Memphis music legend Sid Selvidge was just another roots-rockin' country-blues folkie back in the early-to-mid-1970s. He ran around with the right crowd, performing as part of Jim Dickinson's Mudboy and the Neutrons band, hanging out with Big Star's Alex Chilton, and learning the ins-and-outs of the blues from the great Furry Lewis. An ill-timed and under-promoted 1969 solo debut album for a Stax Records subsidiary came and went without a whisper, while an ill-fated major label debut recorded for Elektra Records was shelved and never saw the light of day.

So, needless to say, Selvidge was, shall we say…apprehensive…when a Memphis businessman approached him to record an album for his newly-minted independent R&B label. Not wanting to be marginalized as he was at Stax, Selvidge asked for, and was granted, his own Peabody Records imprint and quickly went into the studio with his buddy Dickinson to produce the 1976 album that was to become The Cold of the Morning. Only, well…after the sessions were completed, the businessman got cold feet and backed out of the deal.

Copies of The Cold of the Morning had already been pressed, however, so Selvidge drove down to the Plastic Products plant in Mississippi and loaded the vehicle with LPs. He sold them himself out of the trunk of his car, sold them at shows and, with the help of the local Select-O-Hits distributors, got them into record stores regionally, the album eventually selling well enough to chart in the lower regions of the industry trade paper Cashbox. The Cold of the Morning received rave reviews all around and led to a series of NYC shows but in the end, without the financial resources to push it further, the album faded away and went out-of-print.

Sid Selvidge's The Cold of the Morning

Omnivore Recordings has rescued this long-lost slice of Americana from obscurity with the first reissue of The Cold of the Morning in over 20 years. The label has rounded the original dozen LP tracks and supplemented them with a half-dozen outtakes for the CD release, while the cool blue vinyl Omnivore reissue offers up the first twelve and provides a download card for the rest of the bonus tracks. So, what does the album sound like? Well, The Cold of the Morning perfectly captured the artist's eclectic musical tastes, Selvidge and Dickinson piecing together a carefully-crafted song cycle of original songs, a couple of country-blues standards, a little folk material, and even a bona-fide George M. Cohan Broadway classic.

The Cold of the Morning starts off slow with a deliberate cover of Fred Neil's "I've Got A Secret (Didn't We Shake Sugaree)," the singer hewing closer to Elizabeth Cotten's version of the song than to Neil's original. It's a fine showcase for Selvidge's incredible voice and elegant fretwork, the song imbued with a bluesy, soulful undercurrent with just a hint of Memphis twang. Selvidge's original "Frank's Tune" is firmly in the folk vein, the based-on-a-true-story lyrics matched by his warbling vocals and spry finger-picking. Selvidge delves into Alan Lomax's field recordings for the traditional "Boll Weevil," a slippery, ever-evolving classic blues tune that had been recorded, in one form or another, by artists like Charley Patton and Ma Rainey, although Leadbelly's is probably the best-known version. Selvidge does the song proud, his a cappella vocals a mix of Patton and Leadbelly with finely-controlled emotion and clearly-defined highs and lows.

Mudboy and the Neutrons

Selvidge, who performs much of The Cold of the Morning by himself or with Dickinson, is accompanied by the full Mudboy and the Neutrons band for the original "Wished I Had A Dime." With guitarist Lee Baker laying down a boozy groove, Jimmy Crosthwait banging on the washboard, and Jim Lancaster on tuba (while Dickinson adds some honky-tonkin' piano), the song is an old-school jug band-styled romp with lively vocals and a casual ambiance, Baker's wiry, bluesy git licks a fine counterpoint to Dickinson's rhythmic piano play. The Neutrons also back Selvidge on the jazzy "I Get The Blues When It Rains," a curious mix of Selvidge's jazzy, half-yodeled vocals (a nod to country legend Jimmie Rodgers) and Dickinson's blues-tinged piano licks.

Selvidge pays tribute to his mentor Lewis by covering his classic "Judge Boushé," his vocals closely mimicking Furry's Deep South patois as his nimble-fingered fretwork infuses the performance with electricity. A cover of Patrick Sky's "Many A Mile" is a lovely moment, Selvidge mixing up folk and blues with passion and energy to deliver a powerful performance. The same goes for Selvidge's loving cover of Lewis' "East St. Louis Blues," one of the long-lost bonus tracks on The Cold of the Morning. The singer's voice rides gently above the melodic guitar line, the performance a blend of Lewis' country-styled blues and Blind Willie McTell's Piedmont style.

Another bonus track, "Ain't Nobody's Business," is a blues standard, a ripping, up-tempo romp with New Orleans flavor best-known for Bessie Smith's 1923 recording, but since recorded by everybody from Mississippi John Hurt and Freddie King to Eric Clapton and Taj Mahal. Selvidge acquits himself nicely, capturing the spirit of the song like lightning in a bottle, his feverish delivery displaying a joyful élan in the performance.

Although The Cold of the Morning failed to make Sid Selvidge a fortune, or even a household name for that matter, it stands as a perfect representation of the artist's eclectic musical tastes and enormous talents. A heretofore lost gem of American music, the album would be Selvidge's proudest moment as an artist, and while he'd record a handful of future albums, he'd never do better than he did with The Cold of the Morning.

Selvidge would carry on with the Peabody label, releasing fellow Memphis music legend Alex Chilton's solo debut among other albums. Selvidge recorded a 1993 album for Elektra Records, and released his final work, I Should Be Blue, in 2010. A longtime champion of Memphis music, Selvidge co-founded the syndicated radio program Beale Street Caravan, his home for 20 years. The singer sadly passed away in May 2013 at 69 years old. A gifted singer, guitarist, and songwriter, Sid Selvidge remains one of the unsung heroes of Southern music, and while The Cold of the Morning isn't strictly a blues album, it's an entertaining and erudite collection of uniquely American music and well worth spending your time with... (Omnivore Recordings, released March 11, 2014)

Buy the CD from Amazon: Sid Selvidge's The Cold of the Morning