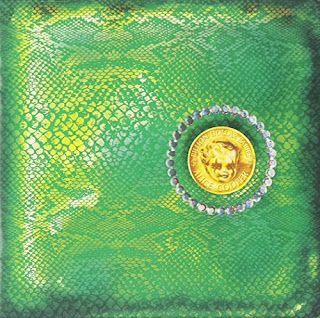 By 1973, Alice Cooper was one of the hottest bands in rock ‘n’ roll. Featuring the flamboyant on-stage antics of lead vocalist and band namesake Cooper and a sound that was a cross between metal-edged blues, hard rock and camped-up show tunes, the band struck gold with their fifth album, 1972’s School’s Out. By the time that they would enter the studio to record what would become their masterpiece – Billion Dollar Babies – the band was on the verge of breaking up. Suffering from tensions created by constant touring, the ever-growing complexity of their stage shows and problems created by the extreme overuse of alcohol, the band nonetheless put together ten songs that would become the keystone of the Alice Cooper legacy.

Remixed by producer Bob Ezrin and reissued by Warner Archives and archival experts Rhino Records, Billion Dollar Babies was originally released in 1973 to overall critical acclaim and great commercial success. It became the band’s best-selling album, it led to one of the largest-grossing and spectacular tours in rock history and it inspired a legion of hard rock, punk, and heavy metal bands to follow. Today, nearly 30 years after its release, it stands out as a landmark of rock music. Cuts like “No More Mr. Nice Guy,” “Hello Hooray,” and the vastly underrated and oft-overlooked “Generation Landslide” stand as rock icons. “Elected” is every bit as funny and relevant in the new millennium as it was in the Nixon era while lesser-known tracks such as “Raped and Freezin’” and the macabre “I Love the Dead” did their best to launch the Goth and death metal genres.

Released by Warner/Rhino in two versions, those who merely want a taste of one of rock’s most unique and influential bands can go for the single-disc reissue of Billion Dollar Babies. For long-time fans or the curious, the “deluxe edition” of Billion Dollar Babies includes a second disc of live tracks and outtakes that is well worth the few extra dollars to buy. Featuring eleven songs taken from two Texas shows in April 1973, it offers killer performances of “Elected,” “Hello Hooray,” “No More Mr. Nice Guy,” and “Billion Dollar Babies.” It also includes live versions of older Alice Cooper faves like “I’m Eighteen,” “My Stars,” and “I Love the Dead” as well as a handful of outtakes from the Billion Dollar Babies sessions.

Two years after the release of Billion Dollar Babies, Alice Cooper the band would break-up and Cooper the individual would start a lengthy and productive solo career that continues to plod along today. Along with his contemporary Ozzie Osbourne, Alice Cooper has been granted “rock godfather” status by today’s heavy metal kids. Through the years that followed, however, Cooper and his bandmates would never again make rock ‘n’ roll as primal, vital, and energetic as they would with these ten tracks. (Rhino Records, reissued June 6th, 2001)