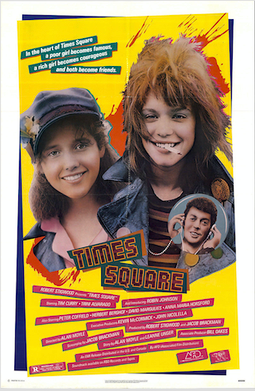 It’s tough being the son of a legend – just ask Jakob Dylan, John Carter Cash or Hank Junior their thoughts on the subject. So when Big Bill Morganfield, son of blues great Muddy Waters, decided on a musical career he certainly had big shoes to fill. Over the course of two albums, however, Morganfield has forged his own distinct identity and kicked out some righteous blues as well. With Ramblin’ Mind (Blind Pig Records), Big Bill expands his sound to include jazzy swing tunes (“Mellow Chick Swing”), R & B (“Little Angel”) and lowdown dirty blues (“What’s The Matter”) along with a familiar traditional Chicago blues sound. Ramblin’ Mind is a solid sophomore effort and one that bodes well for the future of Big Bill Morganfield.

Sometimes a good cause is all that it takes to create some great music. Case in point: Welcome Companions (Polyglot Music). Featuring an ‘A’ list of Georgia musicians, songwriters and performers, proceeds from Welcome Companions benefit the Tourette Syndrome Association of Georgia. Rick Fowler, the project’s guiding hand, received help from some impressive friends, folks like REM’s Bill Berry, Randall Bramblett, Jack Logan and Bill Mallonee of Vigilantes of Love, among others. Together they’ve assembled a fine collection of rock, country and blues tunes, many written by Fowler, who shows no little talent as a songwriter and guitarist. Among the disc’s highlights is the Delta-inspired “Infected With The Blues” featuring Jack Logan, Sherry Joyce’s soaring vocals on “Can’t Say No” and Jonathan Dorsey’s rocking “Dr. Jack.” Welcome Companions shows the power of music to act as a helping hand, with the performers here all delivering their best efforts for the cause.

The year was 1980 and new wave music had yet to make a commercial or cultural impact in the United States. Along came the film Times Square, a blatant exploitation of pop culture. The movie stiffed at the box office, received little cable TV exposure, and went out of print on video almost as soon as it was released. Due to a magnificent soundtrack featuring a virtual “who’s who” of punk and new wave, including the Ramones, Patti Smith, XTC, and the Pretenders, the movie would take on a mythical status. Finally reissued on DVD, Times Square (Anchor Bay Entertainment) lives up to its long-simmering hype. A heavy-handed tale of teen rebellion featuring raucous performances by Robin Johnson and Tim Curry, it is nevertheless the music – which is tightly integrated with the story – which saves the film from itself. Director Alan Moyle has gone on to make better music-oriented films (Pump Up The Volume, Empire Records) but not one that has had the long-standing influence of Times Square. Now if somebody would just release the soundtrack on CD…

The best writing on music isn’t always found in rock rags like Spin or Rolling Stone but rather in zines, newspapers and mainstream publications. Edited by Peter Guralnick and Douglas Wolk, Da Capo Best Music Writing 2000 (Da Capo Press) collects some of the best writing you never saw on rock, pop, country and other styles of music. My favorite pieces in the collection include Eddie Dean’s profile of fanatical record collector Joe Bussard, Sasha Frere-Jones’ memories of Run-DMC and old-school rap music and Bill Friskics-Warren’s wonderful interview with June Carter Cash. There are writers here that you may have heard of before (Vince Aletti, Greil Marcus, and the legendary Lester Bangs) and those that you should have heard of (Alec Wilkinson, Heather Heilman, Neil Strauss). For anyone who loves music in all of its many variations, this is the collection for you. (View From The Hill, April 2001)