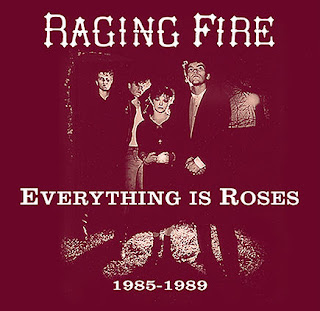 Nashville is a far different city in 2015 than it was 30 years ago. The Music City has become far more musically diverse, and the city’s rock music scene no longer exists beneath ground, with performers relegated to dive bars like Elliston Square or Cantrell’s. After all, Jack White lives in Nashville now, as do those two guys from the Black Keys, and the city has recently attracted talented immigrants like bluesman Keb’ Mo’. Even the city’s prodigal son, cult rocker R. Stevie Moore, has returned to Nashville.

These days, homegrown Nashville rock bands like Jeff the Brotherhood and Kings of Leon get glowing mentions in Rolling Stone magazine but, back in the day, as a freelance music journalist championing the city’s non-country music scene, I couldn’t get magazine editors on either coast interested in what was going down in Nashville. Jason & the Nashville Scorchers would score a major label deal, but for every local band that would eventually be beaten up and disappointed by the music biz, there were a dozen talented bands like Practical Stylists, Civic Duty, or Shadow 15 that were left standing outside the gates to heaven looking in…


Raging Fire was one of those bands that deserved more, and during their brief tenure on the local scene – circa 1985 to 1989 – they nevertheless managed to make a bigger splash in our small rock ‘n’ roll pond that just about any other local Nashville band at the time. Originally formed under the name Ring of Fire by singer Melora Zaner, guitarist Michael Godsey (who sadly passed away in 2012), bassist Les Shields, and drummer Mark Medley, and managed by ‘man about town’ (and former Phranks n’ Steins booker) Rick Champion, they changed their name to Raging Fire and began dominating the handful of stages available around town with their high-octane performances.

The members of Raging Fire had come up through the fledgling local scene: Zaner from the band Color Flag; Shields from the Ratz, one of the city’s first punk bands; and Godsey and Medley from Committee for Public Safety (CPS), Nashville’s first hardcore band. Their musical influences were as diverse as the members themselves, ranging from classic rock like Led Zeppelin and the Who to erudite punks like X and psychobilly pioneers the Cramps. Fronted by the diminutive Zaner, whose larger than life vocals exuded raw sexuality, the singer was backed by a hungry, ferocious gang of musicians. The retrospective Everything Is Roses, 1985-1989 looks back at Raging Fire’s too-short career, which included only an EP and a full-length album alongside a handful of compilation tracks by which to remember these Nashville rock trailblazers. 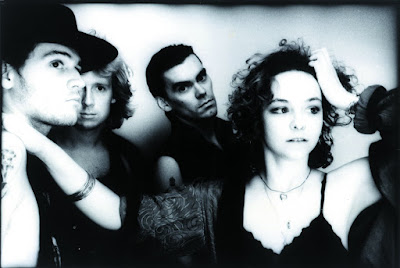 Raging Fire’s Everything Is Roses


Fond memories of a band don’t mean much if the music hasn’t held up well after a quarter century, and Raging Fire’s unique sound has proven to be as timeless as it is exciting. Everything Is Roses opens with “A Family Thing,” from the band’s 1985 EP of the same. With a deceptive intro dominated by Zaner’s angelic vocals and Godsey’s acoustic strum, the song literally explodes into a tsunami of chaotic instrumentation. Zaner’s vocals bob up and down through the sonic storm like a warning light as the band continues its instrumental barrage, changing directions so frequently as to create a sort of satisfying whiplash. The rhythmic “You Should Read More Books” is of an entirely different construct, with Medley’s knockout drumbeats and Shields’ dynamic bass playing creating an exotic foundation beneath Zaner’s breathless vocals, with shards of Godsey’s imaginative fretwork puncturing the song’s wall of sound.

“Beware of a Man With Manners” changes directions again, the band evincing a fierce punk undercurrent beneath its Southern Gothic lyrical trappings. Zaner’s vocals here sound a lot like Exene Cervenka while her lyrics channel a similar whipsmart literary edge. Godsey’s guitar playing is amazing here, dancing from 1970s-era arena rock histrionics to switchblade-punk thrash while the rhythm section provides an enormous presence, Shields’ bass holding down the arrangement so that it doesn’t fly off the rails while Medley’s reckless percussion threatens to teeter off the tracks at any moment.

Faith Love Was Made Of


The album's title track, “Everything Is Roses,” serves as the band’s signature song, a blinding performance taken from the City Without A Subway album, a 1986 Vanderbilt University radio station (WRVU) compilation. A monster track that made listeners sit up and take notice, Zaner’s vocal performance is pure lightning in a bottle, soaring above a trashy soundtrack fueled by Medley’s machine-gun drums and Godsey’s flamethrower guitar, the song itself an amalgam of punk-rock, Southern roots, and obtuse poetic lyrics that would make Zimmerman proud. By the time that the band recorded it sole full-length album, Faith Love Was Made Of, in 1986, Shields had left the band, replaced by local scene veteran Lee A. Carr (R.I.P.) of the Enemy. 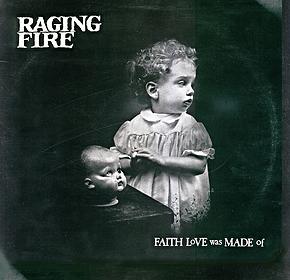 Carr brought a more anarchic style to the band as opposed to Shields’ strong, soulful rhythms. The other members of Raging Fire had grown, musically, during the interim, the band gradually evolving, as so many do, by performing frequently across the country. “Knee Jerk Response” is a perfect example of this growth, the song a complex blend of Zaner’s vocal gymnastics, Godsey’s razor-blade guitar, and Medley’s more nuanced, but still powerful percussion. By contrast, “You and Me” is sheer punk-rock fury; a runaway arrangement with heavy instrumentation that often buries Zaner’s vocals, Medley’s tribal drumbeats giving way to the blind emotion displayed by Godsey’s screaming strings.


Taken from the 1988 CMJ (College Music Journal) compilation LP Ten of a Kind, “The Marrying Kind” was a Raging Fire fan favorite and a constant presence on the WRVU-FM playlist. Raging Fire rubbed elbows on that album with such esteemed “underground” artists as the Gunbunnies and Material Issue as one of the best unsigned bands in the U.S. A more subdued song than some of their milieu, “The Marrying Kind” offers one of Zaner’s best lyrical compositions, with aggressive, emotional vocals to match, Godsey’s six-string work displaying scraps of surf-guitar melody, albeit played with a punkish intensity, Medley’s steady timekeeping supporting the rhythmic playing of new bassist John Reed.


The CD and digital download version of Everything Is Roses include a wealth of rare live tracks and demo tapes, the most fetching of these being “Hands of God,” an unreleased 1989 demo with Rusty Watkins on bass and Jerry Dale McFadden (The Mavericks) on keyboards. The song opens with swirls of psychedelic guitar, and offers an explosive light/dark dynamic with Zaner’s vocals often flying solo through the mix only to be eventually overwhelmed by Watkins’ textured bass lines and McFadden’s inspired, 1960s-styled psych-rock B3 riffs.

Recorded in 2015 specifically for this release, “More Than This” is an update of a song originally released on Faith Love was Made Of. With Shields returning on bass, Medley on drums, and Zaner’s still-potent vocals up front, the late Michael Godsey’s role in the band is assumed by twin guitarists Joe Blanton (Royal Court of China, the Bluefields) and Warner Hodges (Jason & the Scorchers, the Bluefields). The result is a muscular rocker with incendiary fretwork layered in beneath Zaner’s voice, which doesn’t seem to have lost a step since 1989. The performance is of a harder style of rock, perhaps, than vintage Raging Fire, proving that Zaner’s distinctive vocal style plays well in any setting.


There aren’t many complaints to be made about Everything Is Roses. The band has released this vital slab o’ Nashville rock ‘n’ roll history in various formats, including a limited edition, extremely-collectible eleven-track vinyl album (which includes gems like “A Family Thing,” “Everything Is Roses,” and “The Marrying Kind”) as well as a 22-track compact disc and a 26-song lossless digital download (a download card comes with the vinyl version). All three formats feature an illustrated booklet with informative and insightful liner notes by Nashville music journalist (and friend of the band) Michael McCall.

Much of the production here is thin, which is more a function of the band’s original recording budgets than anything else, and thanks to producers and engineers like Mike Poole, Jeff Johnson, Richie Owens, and Rick Will, the band eschewed the stilted, unbearable production clichés that plague so many 1980s-era rock recordings. The strength of the performances transcends the production, however, jumping off the grooves and grabbing you by the ears. The band’s core members of Zaner, Godsey, and Medley clearly had an artistic vision for Raging Fire that they stuck to through thick and thin, and while they ran through a number of talented bass players during the band’s brief existence, the music never suffered.


Raging Fire was a band far ahead of its time and sadly, they may have given up the ghost too early, just as musical trends were changing from the Aquanet-drenched nerf metal oozing from the gutters of Los Angeles towards the more organic, alt-rock turf of the 1990s that was friendlier to a band with imagination. Nevertheless, Everything Is Roses is more than a mere nostalgia-tinted look backwards at a band that never made it, the compilation instead a worthy snapshot of a time and place when an outfit as original and energetic as Raging Fire, with an enormous musical chemistry, could develop outside of major label demands and expectations.

Fans of Nashville’s early rock scene will appreciate Everything Is Roses as a fond reminder of their misspent youth. For those who of you were never lucky enough to have caught Raging Fire perform live back in the day, or never chanced upon one of their songs playing on a college radio station, the performances here should come as a revelation, the distant sounds of a young band that never failed to deliver smart, passionate, literary music that still rocked like a tornado in a trailer park. Grade: A (Pristine Records, released October 6, 2015)