Launched in 1991 by blues fan Matthew Johnson, the Oxford, Mississippi-based Fat Possum Records quickly earned a name for itself by recording artists that had largely been overlooked by established blues imprints like Alligator and Blind Pig Records. Specializing in artists well-versed in the (then) obscure branch of the genre known as Mississippi Hill Country blues, Fat Possum gained respect and recognition with releases like Junior Kimbrough’s All Night Long and R.L. Burnside’s Bad Luck City, which were produced by respected musician and former New York Times music critic Robert Palmer.

It’s been a quarter-century since Johnson formed his ground-breaking label, and throughout the ensuing years Fat Possum has branched out, releasing acclaimed albums by bluesmen like Robert Belfour and T-Model Ford as well as rockers like the Black Keys and the Stooges. The underdog Southern label whose motto is “we’re trying our best” celebrates its Silver Anniversary in 2016 with an ambitious, year-long program that will feature the first-time-on-vinyl release of thirty phenomenal, ground-breaking blues recordings from the Fat Possum archives. Many of the titles will also be made available as digital downloads. 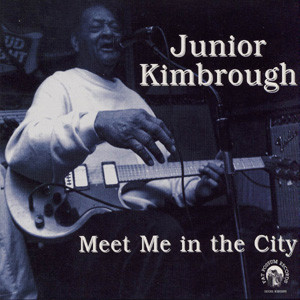 Among the fresh-to-vinyl reissues to be released by Fat Possum as part of its 25th anniversary celebration are Junior Kimbrough’s Meet Me In The City, which was originally released on CD a year after the bluesman’s death in 1998, and T-Model Ford’s outrageous LPs Pee Wee Get My Gun (1997) and Bad Man (2002), the latter produced by Memphis music legend Jim Dickinson. Other classic titles receiving the deluxe ‘hot wax’ treatment include Asie Payton’s Just Do Me Right (2002), Robert Belfour’s What’s Wrong With You (2000), and R.L. Burnside’s Unplugged, an anticipated collection of performances recorded in Europe in 1982, years before Fat Possum’s most beloved bluesman signed with the label.

Additionally, the Fat Possum-affiliated Big Legal Mess Records will be releasing ten album reissues on its own on vinyl and digitally, vintage bluesmen recorded by producer and music historian George Mitchell in the field between 1963 and 1982. Many of these albums have been unavailable since their original release, and among the titles are great records like R.L. Burnside’s Mississippi Hill Country Blues (1981) and Furry Lewis’s Good Morning Judge (1960s-era recordings from the Memphis bluesman). John Lee Hooker’s Alone, a solo live set recorded at Hunter College in New York in 1976 will be released as two single vinyl albums. 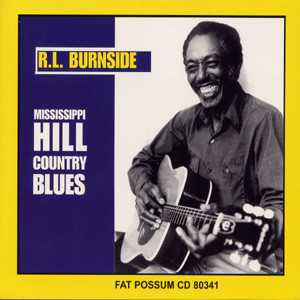 Fat Possum has long been known for the label’s inspired compilation discs, and collections like the label’s three volumes of Not The Same Old Blues Crap (from 1997, 2001, and 2004 and featuring Fat Possum artists and rockers like Hasil Adkins and Paul Westerberg’s Grandpaboy); 1998’s All Men Are Liars (with Bob Log III and the Neckbones); and its 2005 Junior Kimbrough tribute Sunday Nights (featuring the Black Keys, Iggy & the Stooges, and Mark Lanegan) will also be released on vinyl and digitally. We have the label’s release schedule for the rest of the year listed below, and you can join in the anniversary celebration at Fat Possum’s website.