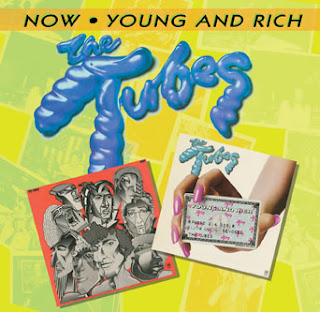 The Tubes are one of those frequently-overlooked classic rock bands that has been mired in obscurity for almost 30 years, but has still managed to eke out a living to this day. This isn’t quite the contradiction that it seems – the four albums the band released during the mid-to-late ‘70s were largely critically acclaimed and earned them a reputation as a talented musical outfit with brilliant chops in rock and pop, a sharp satirical perspective with bite, and electrifying, almost manic theatrical live shows. The band scored a Top Ten chart hit in 1983 with “She’s A Beauty” before slipping out of the spotlight.

The Tubes’ self-titled, Al Kooper-produced 1975 debut album made quite a splash in the free-wheeling ‘70s, and it – along with Outside Inside, which includes the aforementioned hit single – are the only titles in the band’s catalog that have largely remained in print since their release. On July 1st, 2016 Real Gone Music will release the Tubes’ second and third albums, 1976’s Young & Rich, and the following year’s Now, as a two-disc set with new liner notes by writer Gene Sculatti that are drawn from a new interview with Tubes’ drummer Prairie Prince. Both albums have been out-of-print for years. 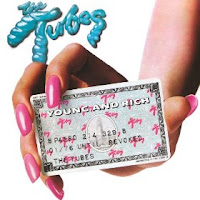 The Young & Rich album was produced by Ken Scott, who made his bones engineering for the Beatles, Pink Floyd, and the Pretty Things before moving into the captain’s chair, producing essential albums by David Bowie and Supertramp, among others. Scott did a fine job in capturing the band’s anarchic energy and satirical edge, a hard-rockin’ combo of Alice Cooper, Frank Zappa, and Captain Beefheart – avant-garde rock ‘n’ roll with edgy pop melodies. Young & Rich scored a minor AOR radio hit in the breathless “Don’t Touch Me There,” which hit #61 on the singles chart, while the album itself outpaced the band’s debut in reaching #46 on the albums chart. 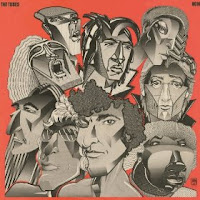 Now didn’t fare nearly as well, barely pulling itself to #122 on the chart, but still yielded some interesting songs like “Hit Parade,” “I’m Just A Mess,” “Cathy’s Clone,” and raucous covers of Captain Beefheart’s “My Head Is My Only House Unless It Rains” and Lee Hazlewood’s “This Town.” Working with notable British producer John Anthony, who shepherded albums by Genesis, Queen, and Roxy Music to completion, Now was originally meant to be a two-album set until recording delays (criticized by their label A&M Records as an attempt to jack up the band’s union fees) cut the project short. Both Young & Rich and Now remain essential documents of the Tubes’ catalog, capturing the essence of the band at what was arguably their creative peak.