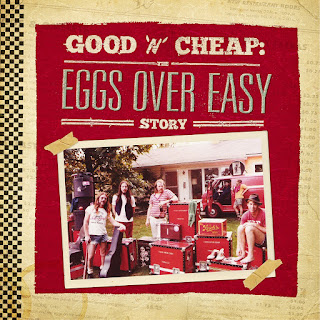 It’s one of the most overlooked eras of British rock ‘n’ roll. Folded neatly in between the dying embers of the British Invasion and the churlish days of punk rock fury, England’s early-to-mid 1970s pub rock scene nevertheless yielded a wealth of talent in artists like Nick Lowe, Elvis Costello, Ian Dury, and Graham Parker. Still, the short-lived musical phenomena has remained overshadowed by the louder, safety-pinned younger siblings they helped influence.

For anglophiles looking to expand their knowledge of pub rock, I’d heartily recommend John Blaney’s book A Howlin’ Wind, an excellent oral history of the scene that outlines the evolution of pub rock into punk and new wave. In Blaney’s tome you’ll see bands mentioned like Brinsley Schwarz (featuring Lowe and Ian Gomm, as well as talented guitarist Schwarz), Ducks Deluxe (which gave Martin Belmont to the Rumour and Sean Tyla to the Tyla Gang), the 101ers (with future Clash frontman Joe Strummer), and Dr. Feelgood (with the eternal Wilko Johnson), among many others.

While it’s fairly easy to scare up copies of albums by most, if not all of the aforementioned bands, one notable pub rock outfit remains elusive for the avid collector – Eggs Over Easy. Oddly, they were an American band that relocated to the U.K. to pursue fame and fortune. Eggs Over Easy on vinyl or CD is harder to scratch up than hen’s teeth…and you’ll pay through the teeth to buy a copy once you do find something. Yep Roc Records has us pub rock fans covered, though – on June 24th, 2016 the label will release Good ‘n’ Cheap: The Eggs Over Easy Story, a two-disc compilation CD that will also be released as a three-album vinyl set.

Yep Roc’s Good ‘n’ Cheap collects the entire original Eggs Over Easy back catalog, including the Link Wray-produced 1972 debut album on A&M Records from which this set takes its name, as well as the rare 1980 album Fear of Frying, which was originally released on Lee Michaels’ indie Squish Records label. Good ‘n’ Cheap also includes both sides of a lone single released by Buffalo Records, and a previously-unreleased 1971 session recorded at Olympic Studios in London and produced by Animals’ bassist and Jimi Hendrix manager/producer Chas Chandler. The double-CD set includes a 24-page booklet (an eight-page insert in the 3xLP) with rare photos, show flyers, press clippings, and the definitive story of the band written by notable critic Gene Sculatti.

Eggs Over Easy’s roots as a band date back to late 1960s Berkeley where singer, songwriter, and guitarist Jack O’Hara became friends with singer and keyboardist Austin de Lone. The two formed a duo and, moving to New York (where both were actually from), they became a trio with the addition of keyboardist and guitarist Brien Hopkins. They played clubs in Greenwich Village and around NYC, developing a loyal group of fans that eventually got them noticed by Chandler. The Animals’ bassist brought them to London in 1970 to record at the Olympic with promises of a record deal.

When the whole thing fell apart, rather than going home, Eggs Over Easy convinced the manager of the Kentish Town jazz club the Tally Ho to let them play on the pub’s slowest night. The band’s Monday night gigs soon began drawing big crowds, inspiring fans like Graham Parker and Nick Lowe and pioneering the pub rock scene. Of Eggs Over Easy’s legendary performances, Nick Lowe remembers in a press release for the album, “there were hippies there, skinheads, Rastafarians. I remember, most especially, a Sikh bus driver with a turban on and his bus driver uniform dancing away. It was an unbelievable scene with people hanging off the ceilings. There was this fantastic feeling that you were in on something extraordinary.”

Yep Roc’s Good ‘n’ Cheap collection will help introduce Eggs Over Easy to American rock ‘n’ roll fans, as well as cement the band’s status as pub rock trailblazers. Now if we could just get a Bees Make Honey compilation CD, life would be all peaches ‘n’ cream!