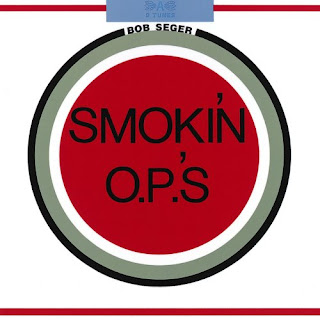 As a kid, I was lucky enough to live within the limited midwestern sphere of Bob Seger's musical shadow. Growing  up in the industrial wasteland of Erie, Pennsylvania – a mere few hours away from Seger's Detroit home – I heard the artist's earliest ventures into rock 'n' roll, songs like "Persecution Smith," "East Side Story," and the classic "Ramblin' Gamblin' Man," played on my local rock radio station.

A subsequent move southward to the Nashville area coincided with Seger's major label recording contract and album releases like Noah and Mongrel, which I eagerly dug out of the bins of local record stores. Half a decade later, after Live Bullet and Night Moves propelled Seger into the upper reaches of '70s arena rock stardom, I was living in Detroit and had the chance to witness in person a string of sold-out 1979 and '80 hometown concerts by the rust belt phenomenon.

I mention all of this merely to establish my long-held Seger bona fides. Your humble scribe was no mere "johnny come lately" on the Seger front, no sirree! The Reverend was down with Bob back in '69 and '70. Of all those pre-stardom album releases – nearly every one, sadly, long out-of-print and unavailable on CD – none was nearer and dearer to my heart than Seger's 1972 "covers" album, Smokin' O.P.'s.


Released by Motor City indie label Palladium, the album was a bitch to find outside of the Midwest. Thanks to the wonders of the postal service and an editor in Illinois, a young rock critic in Tennessee got his grubby little hands on a copy of this often-overlooked entry in the classic Seger canon. Reissued on CD by Seger's long-time label Capitol, I'm glad to say that Smokin' O.P.'s sounds every bit as great as it did over thirty years ago. Hopefully the label will see fit to reissue some of the other early Seger material on CD in the near future. (Editor's note: they didn't...Seger's early '70s catalog remains dormant here in 2016)

At the time the album's release, Bob Seger was in a state of transition. He had delivered an understated, underrated singer/songwriter  styled disc, Brand New Morning, as the final album of his contract with Capitol. Returning to Detroit, he put together a touring band that included drummer Dave Teegarden and keyboardist Skip "Van Winkle" Knape, a pair of musicians from the Tulsa, Oklahoma scene that had relocated to Detroit on the heels of a fluke hit, "God, Love And Rock & Roll."


Recruiting guitarist Michael "Monk" Bruce, the four of them recorded Smokin' O.P.'s as an unabashedly hard rocking album. Taking its title from a slang term – "smoking" other people's songs – Seger and his short-lived pick-up band would run through a selection of songs that included classic rock & soul gems like "Bo Diddley" and "Let It Rock" as well as newer material from artists like Stephen Stills and Leon Russell. The album's primal D.I.Y. dynamic was provided by recording the songs in a studio beneath a bowling alley, the balls rolling down the lanes accidentally providing bass rhythms.

Seger's choices in material and his vocal performances both hold up well, even after almost three-and-a-half decades. The singer manages to rework much of the material in his own image, infusing the performances with his charismatic energy and personality. Kicked off by Van Winkle's churchy-organ riffs, "Bo Diddley" rocks as hard as any of today's young punks, while a scorched-earth cover of "Love The One You're With," featuring some raw fretwork from Bruce and vocal assistance from Pam Todd and Crystal Jenkins. Turning the tune into an energized, R&B styled rave-up, Seger and crew manage to out-distance Stephen Still's classic original.

If I Were A Carpenter


Tim Hardin's "If I Were A Carpenter" benefits especially from Seger's soulful vocals. Fueled by Van Winkle's dynamic keyboard work, Seger's voice soars, reinterpreting the folk-ballad as a spiritual passion play. The blues romp "Turn On Your Love Light" rocks like a church revival, with Van Winkle's organ and Teegarden's jazzy percussion driving the tune towards the stars. Seger even covers his own work here, delivering, perhaps, the strongest version of his "Heavy Music" yet. Stripped down to a mere two-and-a-half minute explosion, the song builds slowly towards a powerful crescendo, delivering sort of classic Motor City rock 'n' roll thrills that made cult favorites of bands like the Rationals, SRC, the Up, and Seger's Last Heard.

In the end, Smokin' O.P.'s would serve to reinvigorate Seger's career, which had been treading water for at least a couple of years by 1972, serving as a crucial point in Seger's transition from cult rocker to musical superstar. By embracing the music of other artists, Seger laid the path for his future commercial breakout, figuring out the formula of flat-out rockers and mid-tempo ballads that would later become his musical trademark. It would take a couple more albums before 1975's Beautiful Loser album would cement Seger's lyrical and performance voice and lead him towards his eventual destiny.


Smokin' O.P.'s would prove to be the only album Seger recorded with this particular trio of musicians – Michael "Monk" Bruce would disappear into obscurity while Teegarden would rejoin Seger later in the decade as a member of his Silver Bullet Band. Regardless, the chemistry and focus of the musicians on these songs is undeniable, the album a triumph of the spirit of pure, unvarnished rock 'n' roll. Although Seger would go on to write some great songs and to make (much) more successful albums, never again would he capture the raw immediacy and reckless spirit of Smokin' O.P.'s. (Capitol Records, released June 7, 2005)