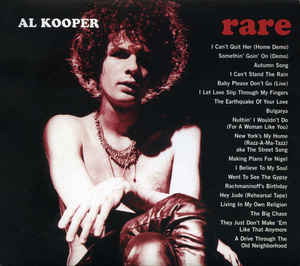 In a review of his amazing autobiography, Backstage Passes & Backstabbing Bastards, I referred to Al Kooper as the “Forrest Gump of rock 'n' roll.” Unbelievably, I have reason to believe that Kooper might have been insulted by the comparison. Like that fictional film character, Kooper has always seemed to manage being in the right place at the right time to affect rock 'n' roll history. Whether playing keyboards behind Dylan's landmark “Like A Rolling Stone,” forming pioneering jazz-rock fusion band Blood, Sweat & Tears, or discovering Lynyrd Skynyrd, Kooper has been a valuable, behind-the-scenes player in rock music. Unlike his slow-witted cinematic counterpart, however, Kooper's immense talents have enabled him to string together a largely unheralded career that has now entered its fifth decade.

Most people think of Al Kooper primarily as a session musician, a professional mercenary who has appeared on albums by everybody from Bob Dylan, the Rolling Stones, and Jimi Hendrix to Trisha Yearwood and B.B. King. Some might know Kooper as the producer and label exec that discovered Lynyrd Skynyrd and produced their early (and best) albums. The two-disc Rare & Well Done is a long overdue retrospective that places Kooper in the spotlight as a songwriter and recording artist, twin roles for which he is often overlooked. The first disc of the set, “Rare,” includes eighteen unreleased tunes, both originals and covers, and Kooper's first ever single, “New York's My Home (Razz-A-Ma-Tazz)” a/k/a “The Street Song” from 1965. 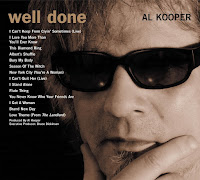 Among the first disc highlights are an inspired remake of one of Kooper's signature B, S & T songs, “I Can't Quit Her,” covers of Ray Charles and Ann Peebles, and a phenomenal version of XTC's “Making Plans For Nigel” from a tribute album. Solid originals like the quirky “The Earthquake of Your Love,” the blues raver “Nuthin' I Wouldn't Do (For A Woman Like You)” and the rootsy “Rachmaninoff's Birthday” showcase Kooper's not inconsiderable skills as a songwriter. Kooper possesses an impressive knowledge of pop music, rock 'n' roll, soul, and blues, which he brings to bear in his material. The real find on the first disc is a discarded Dylan track from 1970's New Morning LP, “Went To See The Gypsy.” An epic, rollicking, guitar-driven track with great vocals and tasty guitar from Kooper, “Went To See The Gypsy” is a timeless slice of rock music history.

“Well Done,” the second half of the set, offers up some of Kooper's better-known solo and band material and recorded collaborations. Kooper's other signature B, S &T song and my personal favorite, “I Love You More Than You'll Ever Know,” is here as are a pair of fine Blues Project tunes, “Flute Thing” (1965) and “I Can't Keep From Cryin' Sometimes” from a 1994 reunion captured on the Soul of A Man album. Most of the second disc is culled from a handful of Kooper's long out-of-print solo albums and his Super Session recording with guitar great Mike Bloomfield, which provides “Albert's Shuffle” and “Season of the Witch.” There's a drastically different version of the Gary Lewis hit “This Diamond Ring” – co-written by Kooper and originally envisioned as a soulful Ben E. King-styled tune – as well as a live 1994 version of “I Can't Quit Her.” 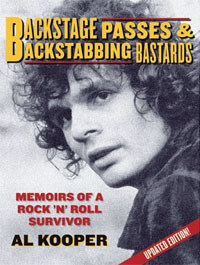 Probably the most curious of Kooper's many film and TV compositions is “Love Theme” from the cult movie The Landlord. Presented here in its original form from the 1969 album Easy Does It, “Love Theme” was later sampled by rapper Jay-Z on the multi-platinum album Dynasty, an unlikely inclusion that is hopefully contributing to Kooper's retirement fund.

Rare & Well Done comes with a CD-sized booklet crammed with song information, Kooper's memories of the material, rare photos and testimonials from over two dozen musicians, critics and admirers. Extensive liner notes are provided by writer Jaan Uhelszki, but it's the music that really does the talking here. Kooper's reputation as a session keyboardist overshadows that fact that he is a fine guitarist with a bluesy touch. Throughout his lengthy career, Kooper has developed a rich, mature, and soulful voice that graces his later material and as a songwriter, Kooper has grown beyond his early Brill Building-inspired '60s pop inflections into a top-notch craftsman.

Any success enjoyed by Rare & Well Done will hopefully lead to an increased availability of Kooper's long out-of-print solo albums (available now only as imports). Until then, the set serves as an invaluable documentation and introduction to the talents of one of rock's most overlooked MVPs.